Speaker brings the reality of poverty in Burkina Faso to LU 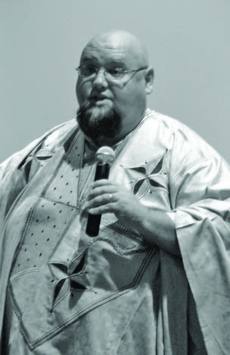 In Burkina Faso, a landlocked West African country, food insecurity is a common phenomenon and a defining characteristic of life. Considered to be one of the poorest countries in the world and ranked 174 of 177 according to the Human Development Index, Burkina Faso has almost half of its population under the poverty line. For every 3.4 children, one will die by the age of 10.
These alarming figures represent the overwhelming need for innovation. One approach is to focus on a small group of people for a big impact, “developing people, not programs,” Pete Brokkop, missionary from Burkina Faso, told a group of students and community members at the Warch Campus Cinema Thursday, Nov. 5.
Brokkop gave the talk “[Encounter: West Africa] Dry Tears. Malnutrition. AIDS.” as part of the second installment of Lawrence University’s 2009-10 Social Justice Series.
He examined the reality of poverty, drawing on his 27 years of experience in Africa, and he spoke of his work on developing people rather than programs, through both community health education and formal education, to combat the country’s high illiteracy rate of 85 percent.
Brokkop grew up in Gabon, Africa, where his parents were missionaries. After working in the United States as a youth pastor for six years, he moved to Burkina Faso in 1998 to work with youth development.
Brokkop continues to work with youth development, as well as social development programs centered on establishing wells, schools, youth centers and youth dorms. He has been involved in relief efforts since the Sept. 1 flood that left 150,000 people homeless. Essential to the relief efforts are sources of clean water.
“Water is desperately needed in this landlocked sub-Saharan country, but if it isn’t kept clean, it can cause death through water-borne diseases,” said Brokkop.
Clean water is important not only in preventing fatal water-borne diseases, but also in growing crops and curbing malnutrition. In a country where agriculture is an important source of income, variations in rainfall and droughts have devastating effects, especially for the predominately rural population. In recent years, malnutrition and diseases have been exacerbated by climate change and the rise in food prices.
Through his discussion on malnutrition, dehydration, and diseases, Brokkop allowed Lawrence students to encounter West Africa.
Brokkop’s appearance was sponsored by the Volunteer and Community Service Center as part of the Social Justice Serices. For information about the Volunteer Center and the Social Justice Series, contact volunteer.center@lawrence.edu. 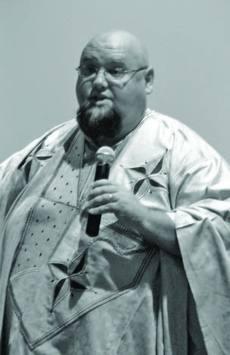