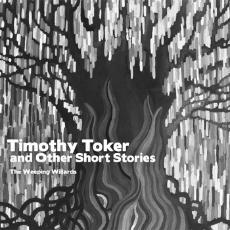 College bands have it tough in many ways. Trying to hone your craft while shouldered with 100 pages of reading each night isn’t easy – neither is the search for practice space or the schedule magic required to meet. It’s even more complicated when the musicians are scattered across the nation.
But somehow Isaac Schwartz, a music education student at LU, and his hometown cohorts Danny Abowd and Jesse Gottlieb have managed to start and keep their outfit, The Weeping Willards, active and thriving. Their full-length record “Timothy Toker and Other Short Stories” follows an EP, “Where There’s a Willard,” and several years of playing together in all manner of groups on a variety of instruments.
“Me and Danny and Jesse. played in a ska band together called ‘Chester’ in high school,” said Isaac of the group’s origins. “We all went off to college, and did our own thing. When we were back on break, we got together and made some recordings with a whole bunch of other people, and that’s when we came up with the name.”
The trio first played together in their high school band class. “Jesse and I play trumpet and Danny plays trombone,” Schwartz said. “Our band teacher’s name in high school was Willard Lloyd, so that’s where we got the name from.”
The next summer, the group reconvened to record their first EP, “Where There’s a Willard.”
“That was the first good group of songs we did in a professional studio,” said Schwartz of the project. “This summer we made this record. We were all living in the same house and we worked on it non-stop and hired my ex-girlfriend’s brother Dana to play the drums and master it.”
The songs on “Timothy Toker and Other Short Stories” are lush and often heavily influenced by the group’s background in jazz, ska and classical music. Though packed with parts, the set seems surprisingly effortless; perhaps this is a hallmark of extremely talented musicians who are very comfortable working together.
“Socks,” for instance, spanks along at a Primus-like clip, where each instrument nearly collides with another, keeping the taut funk delicately grooving until breaking into a harmonious dirge about socks.
The title track balances breezy vocals atop ’70s ballad piano and folk guitar, with plenty of horns, the crew’s greatest strength. They don’t need session musicians, because they’ve all got the training in jazz and classical playing. “All three of us go to college for music,” Schwartz offered. “We played all the horns on the record except for the baritone sax.”
Some songs, like “A Little Love,” cop Oasis-brand pop, while others, such as “If That’s What You Had in Mind,” channel M. Ward by way of Barenaked Ladies. The Willards even dip into Billy Joel’s signature sound on “Nine to Five.” “For Lullaby” is a doo-wop a cappella number, followed by the brass-band stomp of “Whomping.”
It’s a very diverse record, but it never gets away from itself. Even on the more extreme moments, like the goofy radio-play monologue in “The Weeping Willards Theme and Fanfare”- or even when that grade-school staple, the recorder, shows up on the victory-lap tune “If I Woke Up One Day”- the band’s eclecticism stays rooted in their strong musicianship.
The global attitude towards styles fits with the vignette storytelling throughout. The lyrics don’t get terribly specific, but the songs all carry strong moods, particularly the more balladeering cuts like “Teacher School.”
The group does a really good job of absorbing influences, but their most visible personality is in the cynical-to-silly spectrum of writing. The faux history of “Theme and Fanfare,” for instance, has a looseness which keeps the eponymous song pompousness to a minimum, while the chorus of “Had in Mind” tells the subject to be sure that “every night there will be something to fight about.” This cleverness helps keep the affair anchored, bringing a common sentiment to the expansive repertoire.
If you’ve ever been privy to Fatbook, the Willards have a similar “con kids cutting loose” vibe, roughly replacing the hip-hop bent with what I call “nerd rock” – only for lack of a less demeaning term. “Timothy Toker” is definitely worth a listen, and almost certainly the eight bucks it costs on BandCamp. My only gripe is that the band’s current living situation keeps anyone at LU from getting down to the funkier cuts at a live gig.
A downloadable version and free preview of “Timothy Toker and Other Short Stories” can be found at weepingwillards.com. Isaac has physical copies of the album for sale.