Dean Stannard is enthusiastic about the non-weather benefits Lawrence provides 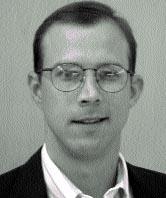 Lawrence recently welcomed Jeffrey Stannard as the new Associate Dean of the Conservatory. Coincidentally, Stannard grew up in Davenport, Iowa, where Dean Kathleen Murray grew up, although the two never met while there. Stannard believes that his attraction to music began when he was very young, when he listened to his father play the coronet. After the summer of fourth grade, Stannard started practicing the trumpet. He also inherited some of his interest in the trumpet from relatives further down the lines. His grandfather played the trumpet, and his great-great-grandfather played the instrument professionally. Stannard cherishes the trumpet his great-grandparents bought for his grandfather. As a memorial, it was this instrument that Stannard played played at his grandfather’s funeral.

Stannard received his Bachelor of Music degree at the University of Iowa, and earned his Master’s in trumpet performance music degree at Ann Arbor, Michigan. He finished his doctorate in Corpus Christi, Texas, where he also performed administrative duties and afterwards became the chair of the music department. Recently departing from this position in Texas, Stannard commented that it will be a shock to move from a place where it never snows to somewhere where it does nothing but snow in winter.

Stannard is enthusiastic about the distinguished guests who visit Lawrence University. He was very excited when Wynton Marsalis came, and is equally enthusiastic about the upcoming Bobby McFerrin concert. He believes that Lawrence is very lucky to have such talented visitors, adding that normally in order to hear such absolutely top-notch musicians you need to go to a major metropolitan area. Stannard is also very impressed by the talent at Lawrence, calling both jazz series phenomenal.

Stannard continues to pursue his interests in the trumpet. Throughout his musical career he has played in jazz bands, combos, and chamber music for brass quintets. Over the years, he has played at the Pamiro Opera in Green Bay, a Texas jazz festival, and the Montreux-Detroit music fair. He listens to and plays in all styles, and currently sits in on the Big Band Reunion at Frank’s Pizza Palace on Tuesday nights.