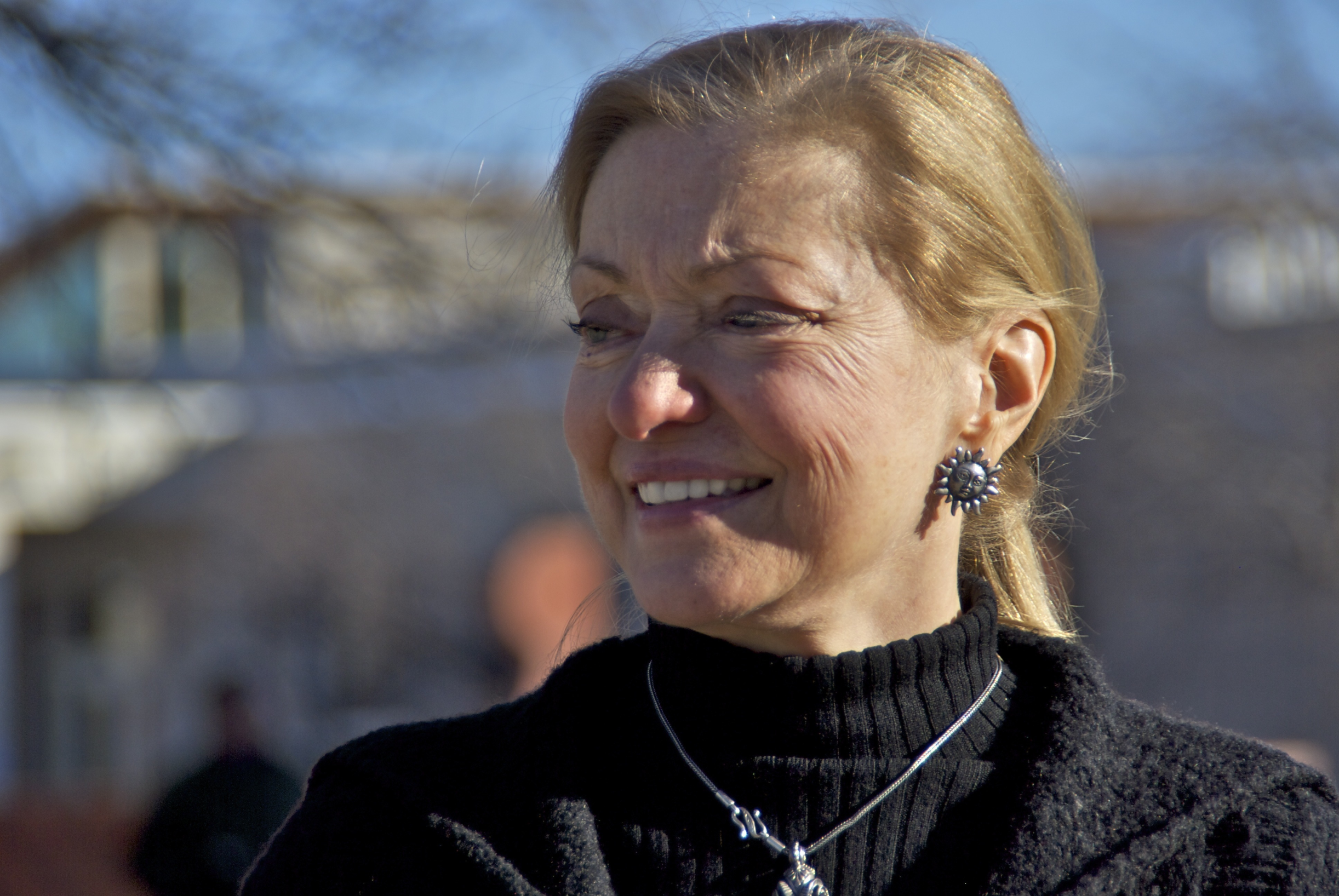 TT:  Can you tell me a bit about where you grew up?

JB: I grew up in Whistler, Mass., in a climate very much like Appleton, so this weather is definitely no shock to me.

TT:  So how did you find your way to Appleton, Wisc. and Lawrence University?

JB: I was sitting in a dean’s office at the University of California in Irvine where I had a beach house. So it was a very, very nice California life and then I got a phone call. And the first sentence that was said to me was, “I bet you never thought of living in Wisconsin, but there is a wonderful college there that is looking for a President.” And I had heard of Lawrence University, of course, but I had never visited. So what I decided to do was come and visit and learn what the campus was about.

TT: Tell me about your academic interests and history.

JB: I studied philosophy at Clark University, then history at McGill University and then theatre at the City University of New York. That all prepared me to be was a historian of choreography.

TT: And did you know that this would be the route you were going to take?

JB: Absolutely not, I had no idea. Up until when I got to college, I didn’t know what philosophy was. But I encountered a philosophy professor who was so passionate about his subject and so knowledgeable that I, in turn, became very interested in it.

TT: What has been the most enjoyable part of being President of Lawrence?

JB: Well, I have a lot of favorites. I’m very supportive of student internships and some of my favorite experiences have been seeing the poster sessions that have come out of summer research opportunities. [I love] hearing about the achievements that have emerged from students who have been able to be in an external placement or internship opportunity.

When I see students come in at 18 with a certain skill set and then leave at 22 with an incredibly further developed set of abilities and enter as young people and leave as much more mature people, sometimes their sense of the world is stronger. Certainly their sense of what they might try to achieve in the world is much clearer to them. That’s the best part of my job — seeing those changes in the students. Sometimes in very specific ways through the internship opportunities, or sometimes in more global ways over the four years.

TT: And what has been the least favorite part of the job?

JB: The least favorite was managing through the recession — that was very, very difficult. But we did well. I don’t think there was any undue hardship felt on the campus through the effects of the downturn. It was very severe and my job was to protect the academic and artistic core and to make life at Lawrence seem as vibrant and as interesting and as intellectually rewarding as possible during an economic recession of major proportions. It’s my least favorite, but [it’s] still something I can take a certain amount of pride in.

TT: When you’re not working, what do you enjoy spending your time doing?

JB: I love to read 19th century French literature. I love the 19th century French literature because the language is extremely poetic — the descriptive sense of the world and people are so well developed yet they’re extremely realistic. You have this interplay between the poetry and sensibility and sensitivity of the language and the realism of the portrayals and the their actions.

The other thing I absolutely love are the prehistoric caves and art of South Western France. I’m a big fan of visiting these very, very ancient places and coming face to face with art that was created 35,000 years ago, but seems as though we can sympathize with it very directly today.

TT: What else are you passionate about?

JB: Oh, I love cooking. On a lighter note, I was very happy when the students developed the garden here because I think enjoying where your food comes from and being able to cook and share great food with other people is a very enjoyable part of daily life.

TT: And what will you be pursuing after Lawrence?

JB: I’m not sure yet. I think it was very beneficial for the college to announce that I would be stepping down very early on so that there is no bumpy transition ahead of the college. But it also gives me time to think. I’m not ready to retire and do nothing, I need to think about what I want to do next. But I’ll let you know when I decide.

Tammy Tran (Photo by Emma Moss) TT:  Can you tell me a bit about where you grew up? JB: I grew up in Whistler, Mass., in a climate very much like Appleton, so this weather is definitely no shock to me.   TT:  So how did you find your way to Appleton, Wisc. and Lawrence…