A culmination of “100 years of jazz rehearsal” 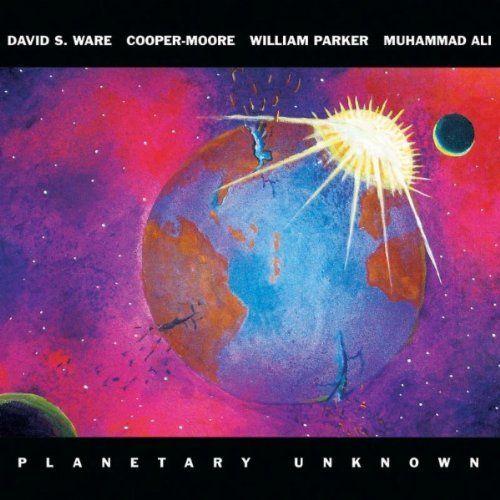 (Courtesy of the Artist)

While saxophonist David S. Ware is not afraid to incorporate elements of jazz history into his playing, his music is incredibly forward-looking. This is especially evident on his latest album, “Planetary Unknown,” which acknowledges the past but attempts to foreshadow jazz of the future.

Since Ware’s quartet did not prepare at all for the completely improvised recording session, they had to rely on their knowledge of history and previous improvisatory experiences. Or, as Ware himself explains in one of the most profound jazz quotes of our era, “The last 100 years of jazz, there was our rehearsal. But it’s not like we’re digging inside some nostalgia shit. History opens telepathic channels between the four of us, and that’s what makes this music deep.”

Indeed, Ware’s strong rooting in jazz history is apparent throughout “Planetary Unknown.” The band he plays with — which includes Cooper-Moore on piano, William Parker on bass and Muhammad Ali on drums — is chock-full of avant-garde jazz icons who cut their teeth in New York during the 1970s.

While Ware, Cooper-Moore, Parker and Ali are certainly influenced by and fluent in earlier jazz idioms, “Planetary Unknown” is one of the most distinct and innovative albums of 2011. The musicians did not prepare any tunes or ideas before recording the album and solely relied on their improvising skills.

These proved to be especially important, as the group as a whole had never played together before. Parker described his mental preparation in the liner notes: “The only thing I imagined about the music was that whatever I was imagining about the music, it was going to go somewhere else.”

As a result, the album is very “out.” The musicians use extended techniques and do not provide any obvious musical structures that listeners can fall back on. Instead, Cooper-Moore’s sporadic piano comping and Ware’s emotionally-charged soloing may push some listeners out of their musical comfort zones. The music aggressively confronts the stereotype of jazz as background music and adequately fits the futuristic album title.

This first tune on the album, “Passage Wudang,” for example, begins with a spacious yet swinging drum introduction. Cooper-Moore and Parker enter about eight bars later, and after Ware enters with a typically authoritative saxophone wail, the band begins to sound like itself: a cacophony of voices that simultaneously contradict and complement each other.

The musicians interact with each other on a very high level — Ware and Cooper-Moore play disjointed saxophone and piano arpeggios, loud barks and screeches, while Parker and Ali constantly shift tempos together. Sometimes it seems like they’re playing in both double time and half time.

The rest of the album is equally impressive. One of my favorite tunes is “Duality is One,” a duo with Ware on saxophone and Ali on drums, which pays homage to the legendary duo album “Interstellar Space,” featuring John Coltrane on saxophone and Rashied Ali — Muhammad Ali’s brother — on drums.

The final tune on the album, “Ancestry Supramental,” echoes some of the more abrasive free-jazz of the 1970s and is a fitting end to an outstanding album. While it took 100 years of rehearsal for this quartet to record “Planetary Unknown,” hopefully we will not have to wait as long for Ware, Cooper-Moore, Parker and Ali’s next reunion.