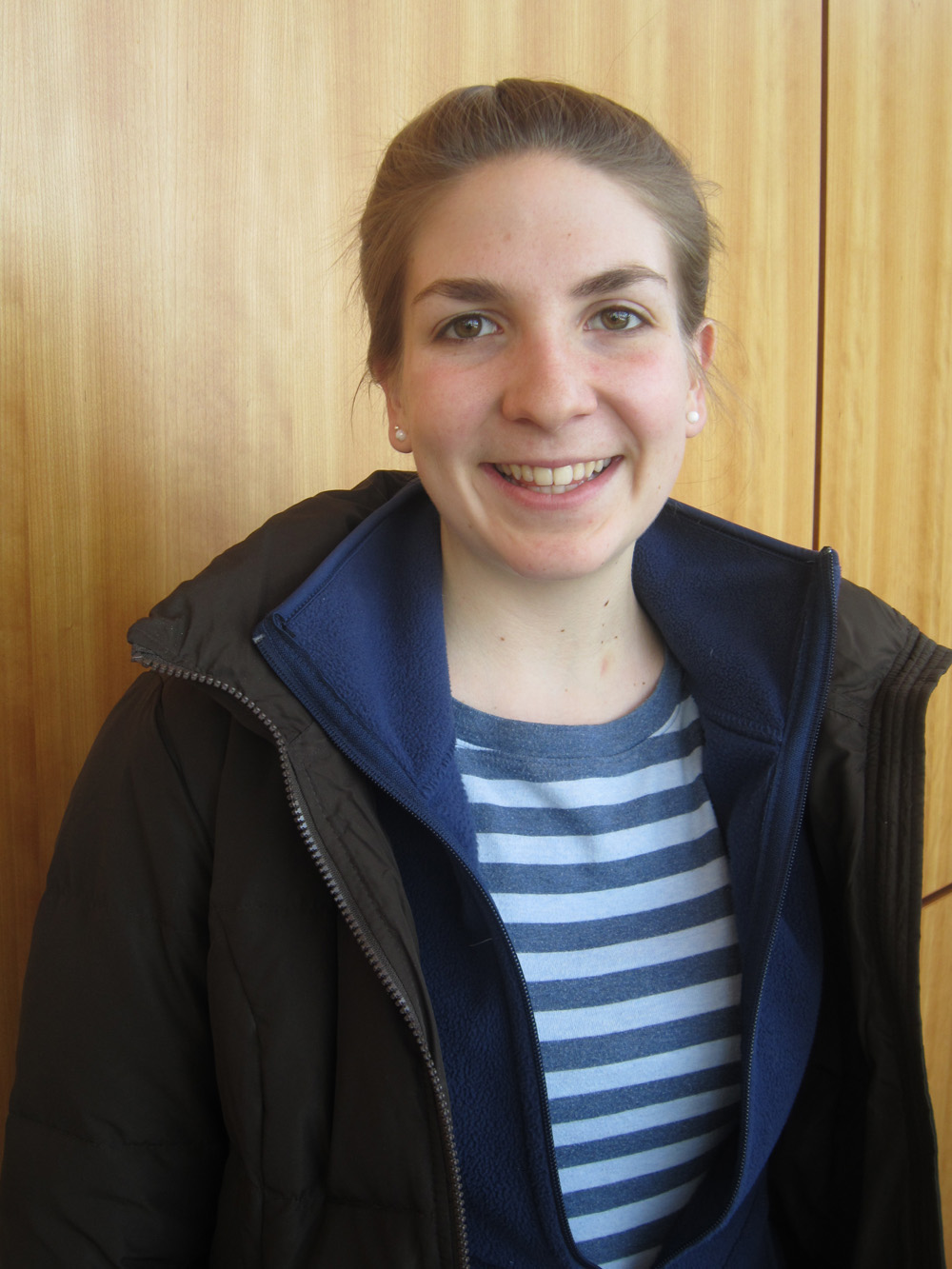 After graduating from high school in Charlottesville, Va., Mary Kate Smith didn’t come to the Midwest right away. Instead, she studied abroad in Berlin. In addition to learning about German language and culture, Smith spent much of her time overseas playing the violin.

“A lot of times in Germany, I would end up playing with people from other countries, and none of us could talk to each other, but we could all play the same music and that was really cool,” she remembered.

After recalling this experience, Smith realized her favorite part of playing the violin.

“Being able to play music allows me to communicate with many more people than any other medium,” she said.

There are several opportunities to catch Smith communicating through music this weekend. In her junior recital this Saturday, March 5 at 11 a.m. in Harper Hall, Smith will be playing the Chaconne movement from Bach’s “Partita No. 2 in D minor,” “Romance No. 1 in G major” by Beethoven, Gershwin’s “Summertime/A Woman is a Sometime Thing” and “It Ain’t Necessarily So,” arranged by Heifetz.

“I feel like I get to play in three totally different styles, and they’re all fun to play in different ways,” Smith said about her recital repertoire. “The Bach Chaconne is the most epic violin piece ever — it’s 16 minutes long and there are no breaks, and it’s all variations on one eight-bar chord progression. It’s so amazing how much Bach gets out of that. It’s really intense.”

She added, “the Gershwin has been an interesting challenge for me because you don’t usually get to play jazz on the violin, so I’ve been listening to a lot of singers, trumpet players and pianists to try and find my own version of the piece.”

In addition to her recital, Smith will be performing with the LSO Friday, March 4 at 8 p.m. in the Chapel and also in the string chamber music recital Monday, March 7 at 8 p.m. in Harper. Her quartet, which she has worked with since her freshmen year, is playing Shostakovich’s “String Quartet No. 3.”

Smith teaches private lessons and string project classes through the Lawrence Academy and is a board member of two music education groups, CMENC and ASTA. She plans to study in Germany again next fall, and will graduate in June 2013 with a Bachelor of Music degree in violin performance and music education and a Bachelor of Arts degree in German. After student teaching in Appleton, she wants to go back to Germany and teach music. But wherever Smith is teaching, she hopes to keep playing.

She has been continually inspired by her three private teachers: Julie Wilkinson in her hometown, Eva Weber in Berlin and Associate Professor of Music and Teacher of Violin Samantha George here at Lawrence.

“I feel like they all took the time to get to know me — Mary Kate the violinist — instead of just teaching me technique,” said Smith. “I already find myself using things they tell me in my lessons when I am teaching my students.”

Smith’s involvement on campus extends outside the conservatory. Last fall was her first season as a member of the cross-country team, and she also enjoys going to knitting club. Somehow Smith still finds time to practice and believes that her teaching experiences so far have helped her become more motivated in the practice room.

“I’ve gotten a lot better at practicing and being aware of what I do when I practice because I think about explaining to students how to practice,” she said. “I think knowing that I want to teach has been an inspiration to get better at the violin because I want to play as well as I can so I can teach as much as I can to my students.”

Be sure to take a break from your 10th week preparations and see Smith perform this weekend!

Andrew LaCombe (by Nhi Nguyen ) After graduating from high school in Charlottesville, Va., Mary Kate Smith didn’t come to the Midwest right away. Instead, she studied abroad in Berlin. In addition to learning about German language and culture, Smith spent much of her time overseas playing the violin. “A lot of times in Germany,…