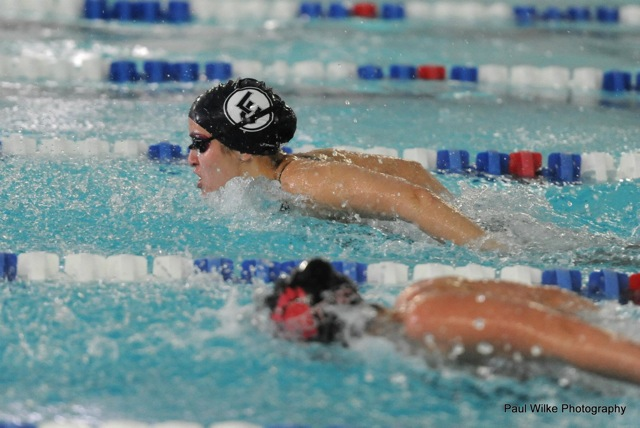 The men and women of Lawrence University’s swim team put forth a good performance at the Wisconsin Private College Championships held at Carthage last weekend on Jan. 28. After a day of competition against five opposing swim teams, the men repeated their second place finish with 137 total points, and the women took third place with 97 points. Head Coach Andrew Fleek noted that the team had some great performances over the course of the meet.

Finally, the Lawrence men’s 200-yard medley team, consisting of Brengel, Cameron Gmehlin, Pat Vincent and Mann took first place in that event after finishing with a combined time of 1:42.82.

After the performances put forth by both the men and women at this meet, Fleek feels confident that the team will perform well at the Midwest Conference Championships, which will be held Feb. 17-19.

“As a team we had some great performances at the Wisconsin Private College Championships,” said Fleek. “That makes me very confident as we approach the MWC meet.”