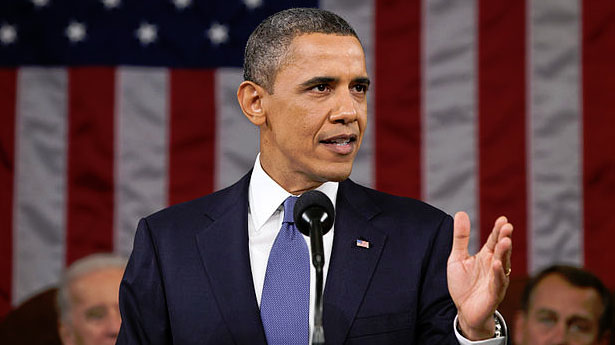 Even as an Obama supporter, I am truly puzzled by his views on immigration as expressed in Tuesday night’s State of the Union Address. In his delivery of the speech, President Barack Obama expressed two seemingly conflicting views on the issue of undocumented immigration, neither of which seems to be a complete or appropriate solution to the problem.

As the president concluded his discussion on education, he explained that many “talented, hardworking students in this country face another challenge: the fact that they aren’t American citizens.” This statement then led into further discussion of their need to remain in the country as a means to promote new ideas. As he carefully explained, sending brilliant minds that are in the country away “doesn’t make sense.”

This statement alone is not particularly disagreeable, however, in his haste to acknowledge the opposition, Obama made a very confusing statement. He explained that he believes “as strongly as ever that we should take on illegal immigration” and that his administration “has put more boots on the border than ever before.”

While these two views came out of the same person’s mouth within moments of each other, they are seemingly irreconcilable. Though Obama encourages new minds to come to the United States, he also rejects the idea of people crossing the border illegally, the very obstacle that these children in schools had to overcome moments earlier.

As if this weren’t confusing enough, Obama returned moments later to his original point, explaining that “the opponents of action are out of excuses,” and that he wants to see a bill that “gives [illegal immigrants] the chance to earn their citizenship.”

The incentive of easy citizenship paired with increased security at borders does not create a solution, but a bigger problem. Instead of providing a strong deterrent and strong border security, this legislation would provide both greater motives for those wishing to come here illegally and make it more difficult for them to enter.

It seems that this escalation of stakes can only lead to more of the same. If both the risk and the reward are increased equally, then nothing can change. The only way to change the equation is to alter only half.

If the goal is to keep undocumented or illegal immigrants out, the United States needs to make illicit entry riskier than it’s worth. A further crackdown on those who hire people without seeing proper documentation of their citizenship may be necessary.

However, as illegal immigration proves, there is a great deal more demand than supply. An increase in the number of people allowed to enter the United States legally each year may help to alleviate the pressure on the borders and create a few jobs in the immigration department as well.

The largest counter-argument to this proposal is that the immigrants may undercut American workers and take their jobs. However, this is simplistic thinking. Jobs are not finite.

New Americans means new consumers of American goods, who in turn create more jobs. Though an increase in legal immigration into the United States may not help the economy, it shouldn’t hurt, and it should do more to solve the problem than the riddle what we heard Tuesday night.

Nathan Lawrence (Public domain photo courtesy of RawStory.com) Even as an Obama supporter, I am truly puzzled by his views on immigration as expressed in Tuesday night’s State of the Union Address. In his delivery of the speech, President Barack Obama expressed two seemingly conflicting views on the issue of undocumented immigration, neither of which…