Wynton Marsalis, a great musician and educator, to speak and perform at Lawrence 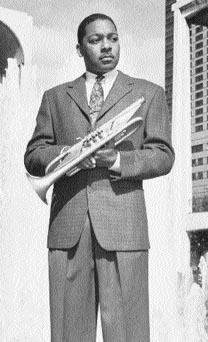 To an outsider, Wynton Marsalis’s exceedingly cool demeanor gives little hint of the fantastic talent, versatility, and influence on modern jazz that he has owned over the last twenty years. While his stage presence resembles that of a massage commercial spokesman, his performances are anything but, and his work ethic has driven jazz to new heights and directions. Marsalis has not only set a standard of musical excellence for all musicians, but also has been an articulate supporter and educator for music. On Tuesday, Oct. 9, at 11:10 a.m., Marsalis will give the convocation in Lawrence Memorial Chapel. A question-and-answer session will immediately follow. That night, at 8:30 p.m., he will perform in the Chapel with the Lincoln Jazz Orchestra.

For Marsalis, a listing of his honors shows not only his achievements but also, more importantly to the liberal arts-minded, his broad range of pursuits. As a virtuoso trumpet performer, he has earned nine Grammy awards for both classical and jazz recordings. As a composer, he has written jazz scores, ballet scores, a film score, and many chamber works. In 1997, he was the first jazz-composer to win a Pulitzer Prize, which he won for his epic oratorio Blood on the Fields, a piece that fills three CDs and deals with slavery.

As an educator, the list is even longer. After co-founding the Lincoln Center Jazz Orchestra, Marsalis began a series of “Jazz for Young People” concerts, which have become extremely popular and been compared to Leonard Bernstein’s Young People’s Concerts.” Taking that to the airwaves, he has helped to create and write a 26-part National Public Radio Series called “Making the Music,” and a similar TV series called “Marsalis on Music.” In addition to writing books about music and his touring life, he usually conducts master classes and tutors students when he is on the road.

Since Marsalis has been so active in so many areas, a wide variety of institutions have seen fit to give him recognition. He has received honorary doctorate degrees from nearly all the Ivy League schools as well as from a host of other universities. Time Magazine named him among America’s 25 Most Influential People. This year, the U.N. named Marsalis a “Messenger of Peace.”

Marsalis began his stellar career at the age of 18, when he became a member of Art Blakey’s Jazz Messengers in New York. That year, he had enrolled at Juilliard, and moved to New York from New Orleans, where he came from what could be called “The First Family of Jazz.” His father, Ellis, is a jazz pianist, and his brothers Branford, Delfeayo, and Jason are also all jazzers.

It was at twelve that Marsalis began to study the trumpet seriously. During high school, he played marching band, funk bands, jazz bands, and classical orchestras. Two years after getting to New York, he was touring with Herbie Hancock, had signed a deal with Columbia, and had recorded his first album as a leader.

Around the time that Marsalis was exploding on to the jazz scene in 1981, jazz critics were looking somewhat anxiously for the new generation of jazz musicians. As with anyone who is suddenly seen and heard everywhere, Marsalis was both over praised and over criticized.

His quintet brought back the style of the Miles Davis Quintet, whose music hadn’t received the recognition it deserved when it was new. For the similarities between the sounds of Marsalis and Davis, Marsalis was sometimes called an imitator. But by 1990, after exploring early styles of jazz, like Louis Armstrong’s trumpet playing and Duke Ellington’s music, Marsalis released the recording “Tune in Tomorrow,” which established him in his own sound.

Since then, Marsalis’s music has focused on solo and ensemble, classical and jazz. He has played with several groups that have changed and broken up, but the chance to play with many musicians, including his brother Branford, and many of the musicians who now play with the Lincoln Center Jazz Orchestra, really helped to put him at the center of the jazz world. His compositions include several ballets for Twyla Tharp and Peter Martins, and music for the film Rosewood. Among his other projects, he wrote a piece called “The Fiddler’s Tale” that matches the orchestration and was commissioned as a retelling of Stravinsky’s “L’Histoire du Soldat.”

In a musical scene where crossover is all the rage, Marsalis is one of the most successful musicians alive today. Behind the half-closed eyelids and the velvety, mellow voice is a driven and inspired musician and educator who seems to either have done it all or is trying to get there. This week, he’ll have a lot to say, both through the microphone and through the mouthpiece.