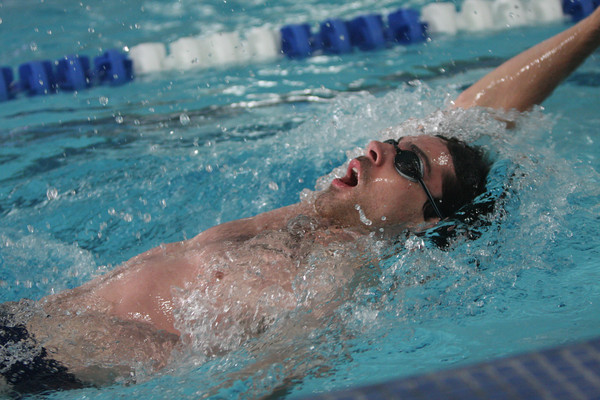 Being part of LU hockey has given me a family away from home. The guys on the team are my brothers. I would do anything for them and I know they would do the same in return. When I leave here from LU, it is going to be bittersweet. I am excited to venture on and try new challenges, yet leaving my family is going to be a heartbreaker. I truly love my teammates. One of my favorite memories is the season opener this past year against Stevens Point. I had a pretty bad summer health-wise, and being in the locker room with my team meant a lot to me. Winning the game helped too. As far as the future goes, I am not really sure where my path will take me. I have a lot of opportunities ahead of me, I just have to figure out which one I will pursue.

Sports and other extracurriculars have always been a way of life for me. Athletics and other physical activity help me to emotionally de-stress from my day and help to produce endorphins during finals. Lawrence athletics have always kept me in balance. I’m particularly proud of my individual accomplishments during my final Midwestern Conference Championship as a senior captain. I put in the work for my four years at Lawrence and got great results, lifetime bests, a school record and some hardware. I physically peaked as an athlete when my team counted on me the most. In retrospect, I also liked to see how the dynamics of the swim team have changed over the years. I’m very much looking forward to how the team will do next year! I plan to work in the advertising and marketing field, aspiring to be an art director for a major advertising firm.

Being a part of Lawrence athletics is an unbelievable feeling. To be a part of a team with the people who mean so much to you is something that needs to be cherished and honored. Not just the time as an athlete, but also the time of being a student of Lawrence, is limited, and the people who I have spent my years with on and off the field have been amazing and talented.

Some of my favorite memories here have happened off the field. For me, it’s all about the Lawrence Swoll Patrol. No one can take away the hard work you put in, and I love putting in the extra time and energy with all the ball players, as well as my roommate, C. Vize.

Post-graduation, besides being an absolute bum with Mays, I plan on winning the Triple Crown and a World Series for the Chicago Cubs, and then starting a band and going on a world tour. But seriously, I will probably try out for a couple baseball teams and hopefully keep playing. Then when I hang it up, I’ll just play drums.

Being a part of Lawrence athletics has meant more to me that I can describe in words, let alone a paragraph! From my involvement in cross country and track and field, I have experienced a lot of personal growth, both as an athlete and as a person. As an athlete, I have surpassed what I thought my body could do and run faster and endured more than I have ever before. As a person, I’ve learned a lot about myself and become more independent, passionate and dedicated to my own performance and the success of my team. Most importantly, the people I spent the past four years running and training with have helped me discover who I am, and have always been there for me. They are what made my experience what it has been, and will be close to me forever. My favorite memories as an athlete stretch way back to freshman and sophomore year. I loved the atmosphere on the team my freshman year. I looked up to the seniors and they accepted me as one of them, but I also met my closest friends, whom are now my roommates. My sophomore year, I really grew as an athlete and ran my fastest times. We had a very small distance team and we became inseparable on our spring break trip to North and South Carolina. Unfortunately, I don’t really have any post-grad plans yet! However, I do hope to somehow be involved in track and cross country for the rest of my life.I would love to coach because I can’t imagine my life without being around the sport.

Being a part of Lawrence athletics has meant a lot to me. When I first got to campus it was an instant group of friends and my basketball team was an instant family. Most of my teammates will be my life-long friends. It also helped prepare me for life after Lawrence. Especially being a Lawrence student where the academics are so important, athletes really have to organize their time and be on top of their classes. Going on winter trips with the team are definitely some of my best memories. One of my all-time favorites is from freshman year was when one of our seniors took over and called her own timeout, and then ran the timeout. It was pretty great. Spending time in the athletic training room was pretty great as well. After graduation, I am going home for a month or two and then will be leaving for Africa with the Peace Corps. I will be volunteering doing a health extension program.

Lawrence athletics has allowed me to enjoy being part of something bigger than myself and also to meet many “interesting” teammates. Another thing was that football of course allowed me to vent some of my many anger issues. My favorite memories were the long road trips. The best thing of all time though was John Buntrock and his face cream my junior year. I am starting medical school in August.

Playing soccer at Lawrence was a big part of my college experience. There were lots of ups and downs, but being able to pursue something that I am passionate about with my friends here was a valuable experience. I think the highlight of my four years was beating St. Norbert’s my senior year. That was the first time we were able to do that in the four years I played at Lawrence, so it was a significant win for the team, especially for the seniors. My plan is to work for a year or two and eventually go to grad school for psychology.

Words cannot fully describe what Lawrence athletics has meant to me. It has provided me with a family and life-long friends, and has contributed exponentially to my growth into becoming not only a better athlete, but also a better, well-rounded person. My favorite memories have always been the little things outside of matches that people never see and all the inside jokes: Avril Lavigne, long road trips, flat tires, tornados, Twizzlers, the Dunns, Culver’s, team dinners, Tropical Smoothie, attempting to pick up girls on spring break, Bile Ali, the Marlin, having a lawyer as an assistant coach, the Buena Vista, Menghini, boiled ham, freshman, the Pengwangler, Faygo Moon Mist, pushers, strobe lights, hotel hot tubs and Sparta, Wisc., just to name a few. Also, routinely clowning on St. Norbert’s has been awesome. You might see me in the new episodes of “The Office” once Will Ferrell leaves, playing professional croquet or bobbing for apples at the local state fair.

But in all seriousness, there are a lot of options out there for graduating seniors. I am on the job hunt right now and will be moving to Chicago in the fall with a good friend from Lawrence. Whatever I decide to do or wherever I decide to go, I am ready to begin the rest of my life, and will always remember my time at LU as an athlete. I also now have plenty of stories to tell my grandkids. Thanks for all the memories.

Being able to play soccer at Lawrence has meant a great deal to me both on and off the field. I have met some of my best friends on this team. I have been able to grow both as a player and a person over these past four years. I will definitely look back fondly on my days as a Viking and reminisce about having to do 120 sprints, running up Union Hill with bricks and who could forget… beating Carroll to go to the NCAA tournament. One of my favorite memories about my time as an LU athlete was being able to walk off the field after my final game ever as a Viking and looking at my fellow seniors who I had played with since freshman year and realize that we had all gone through this journey together and that we had succeeded. Our whole team never gave up and always fought until the very last whistle. I am hoping to become a physician assistant after graduation from Lawrence. 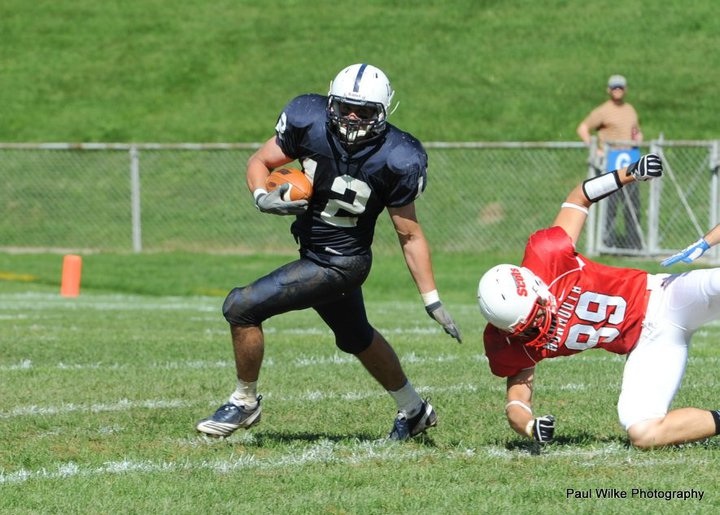 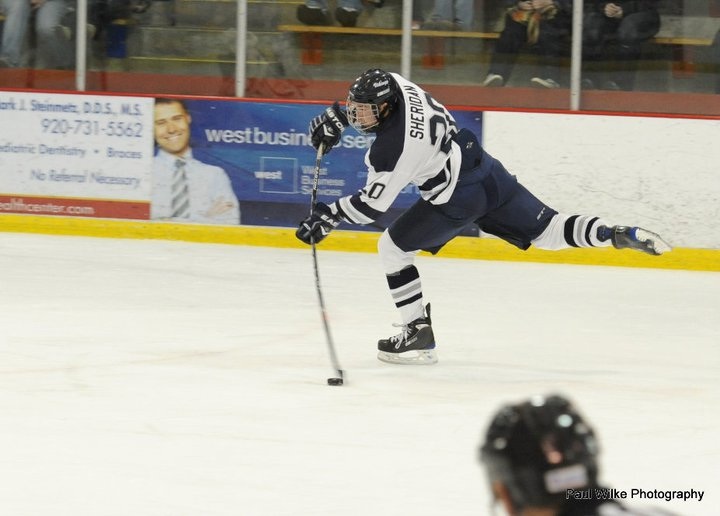 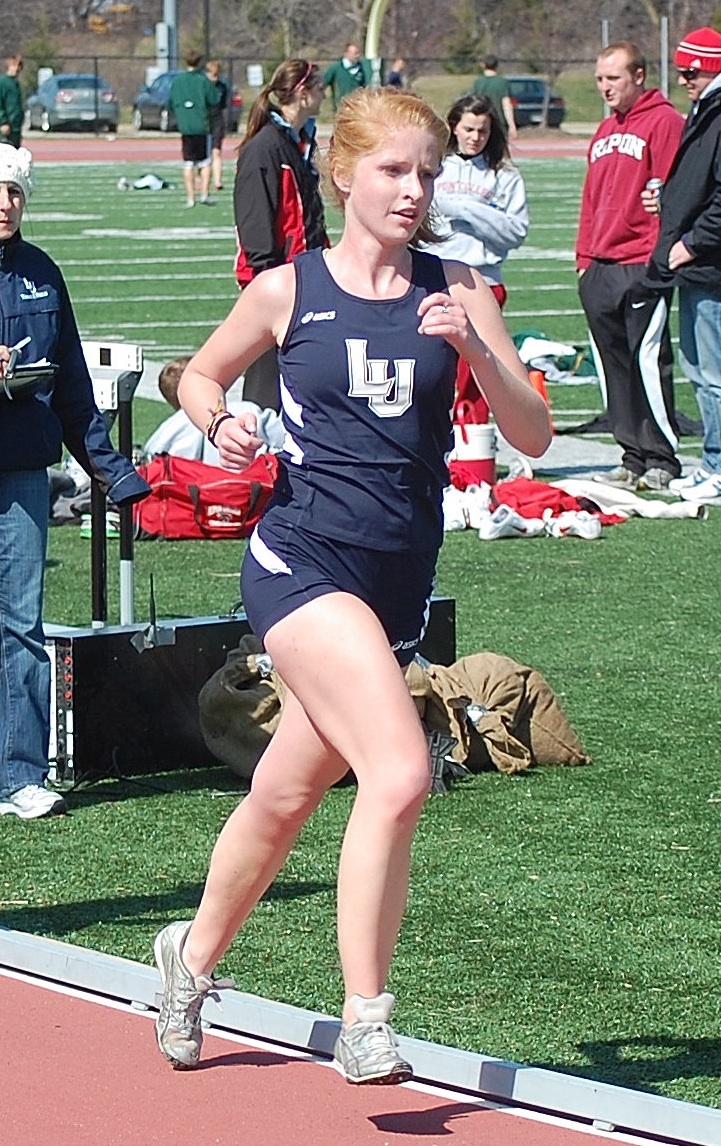 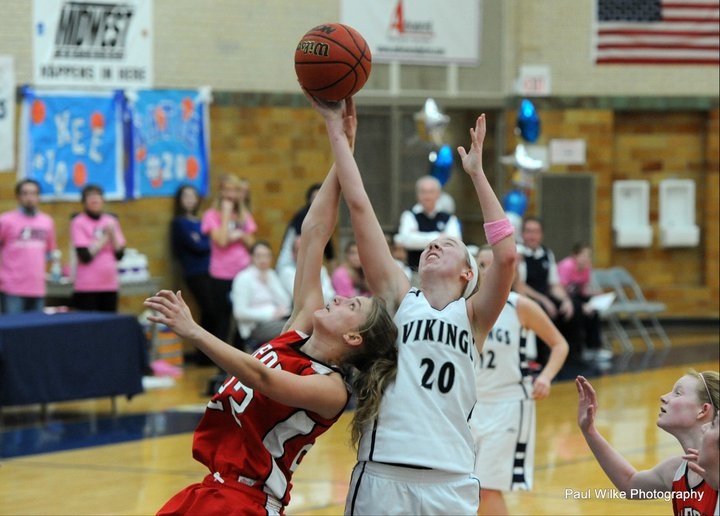 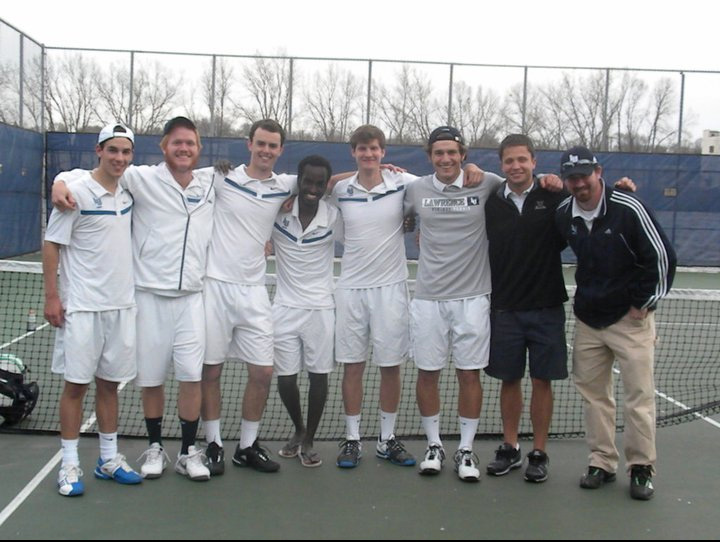 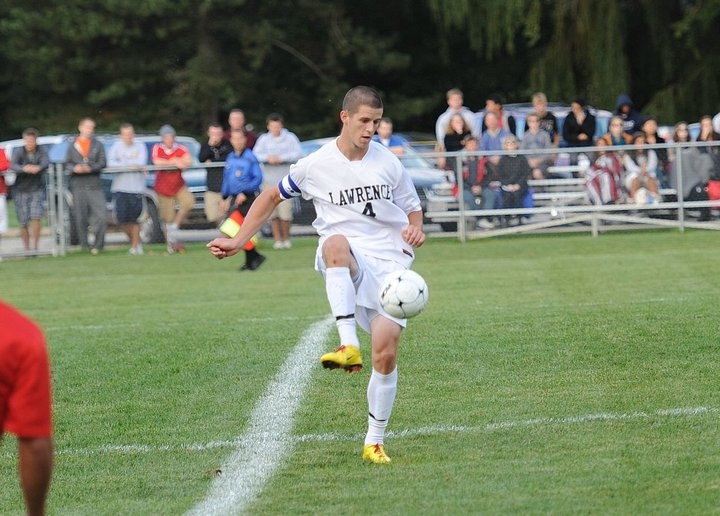