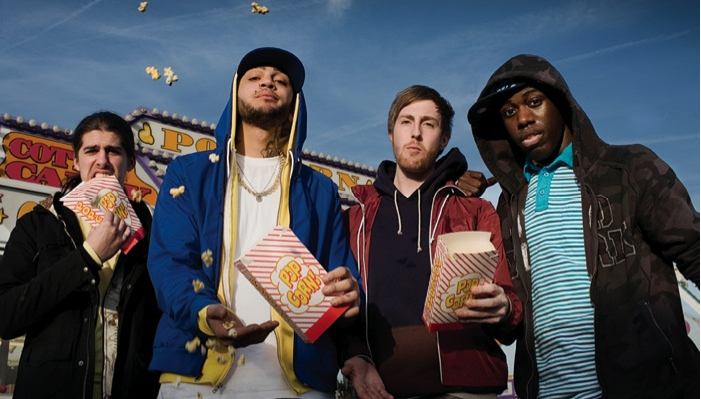 Last Tuesday, Jan. 25, SOUP announced that they had booked Gym Class Heroes for this Aprils’ Big Event. Big Event is a bi-annual and somewhat self-explanatory big name concert and SOUP is still searching for an opener.

In a press release, SOUP said that the bidding process had been ongoing for about 12 months. “We obviously face major obstacles when it comes to bringing in big-name pop talent, namely the size of our market…and the amount of ticket revenue we can generate,” wrote a SOUP representative.

Yet, SOUP seems generally pleased with the contract they’ve arranged. They were especially happy to book the band on a Friday after many bands had turned down weekend dates in favor of larger venues. April 6 is the confirmed date for the concert but the time and opening act are still up in the air, which is reasonable considering that that the contract was signed just last Monday.

As for other details, SOUP says they plan to hold the concert in the Esch/Hurvis room on the second floor of the Warch Campus Center. They’re bringing in a professional lightning and mixing crew to produce the show and it will be supervised by both Campus Security and an outside company. Ticket prices haven’t been set yet, nor has the fire marshal been contacted in regards to an occupancy limit in Esch-Hurvis. According to the press release, “Details on student tickets will be released soon, but the price of the tickets will be very reasonable.”

The student body has had mixed reactions regarding SOUP’s choice of headliner. Some, having seen the group associated with artists like Fall Out Boy, T-Pain and others, seem to have written them off as sell-outs. My own experience with the band is limited to their 2005 hit “Taxi Driver,” which consists mostly of name-dropping other bands. But the fact that Gym Class Heroes is a full rock band that plays live music rather than samples sounds promising to those who were unimpressed by the entirely sampled performance of Girl Talk, Big Event 2009’s headliner. Whatever your opinion of the band, I’ve little doubt that they’ll be putting on an energetic and very danceable show that will definitely put a little extra electricity in the air.

If you would like to get involved in the process of hiring an opening act or with future SOUP events, the group invites you to post on their Facebook page, or to join them for their weekly meetings, which are held Tuesdays at 7 p.m. on the 4th floor of the Campus Center.