Austria feeds the body and soul 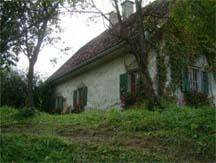 Cottage in a village in the Austrian province of Steiermark

Having just returned from a four-month odyssey abroad, most of which was centered in Vienna, Austria, I feel fully qualified to make the assertion that there are three major things that Austrians are far more accomplished at than Americans: ambience, alcohol, and chocolate. Despite the proliferation of Starbucks coffee shops that have spread like a cancer through Vienna’s stately and grand inner districts, every restaurant, wine tavern, caf, and bakery in the city has its own unique, charming (and more often than not Baroque and gilded) interior, which envelops you in a warm and welcoming atmosphere the minute you walk in.

Vienna’s multitude of Huerigan, or wine taverns, that are centered in and around the city were wonderful, especially during the fall harvest months, when every wine tavern in Austria turns out a batch of deliciously fermented and intoxicating apple cider called sturm (literally “storm” in German) that is then sold at every grocery store, food stand, and marketplace in the country.

On a tour of the wine-producing Wachau Valley to the west of Vienna, where endless terraced hillsides and old men in lederhosen can be seen in profuse numbers, my group was given a private tour of an independently owned vineyard, whose damp and mold-encrusted cellar turned out some of the region’s most celebrated wine.

After tasting a few glasses, I was wont to agree, and after purchasing four bottles for under 16 dollars, I just want to reiterate the fact that no vineyard stateside can compare to the inexpensive goodness that the Austrians bottle and sell as wine.

The beer, likewise, beats a cold Leinie’s any day of the week. 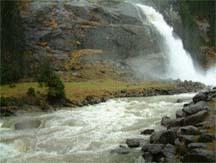