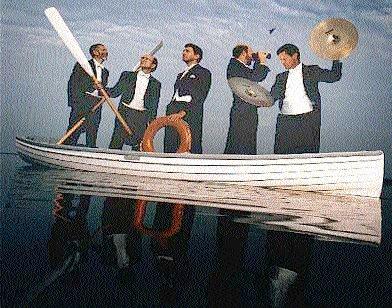 The world-renowned NEXUS Percussion Ensemble will debut at Lawrence University on May 18 as part of the Lawrence University Artist Series. Formed by Bob Becker, William Cahn, Robin Engelmen, Russel Hartenberger, and John Wyre in 1971, NEXUS features a variety of music including ragtime, world music including the drumming of Ghana and West Africa, virtuoso Bob Becker with other members playing marimba, and group improvisations on a variety of percussion instruments.

NEXUS has participated in a variety of festivals like the Ravinia and Tanglewood Music festivals and the World Drum festivals in Vancouver, Brisbane, and Calgary; performed with orchestras world wide, including the BBC Symphony, the New York Philharmonic, and the Milwaukee and Chicago Symphony Orchestras; and participated in residencies at places like Canada’s National Arts Center, the University of Oklahoma, and Washington D.C.