Learning to meditate in just 10 weeks 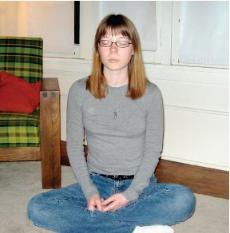 Meditation and virtue are more than just lofty ideals and practices – it’s also a class taught at Lawrence this term.
Philosophy 130, Meditation and Virtue: Contemplative and Analytic Perspectives on Character, is taught by Prof. Patrick Boleyn-Fitzgerald, who has been actively meditating since 1992 when he began the practice at graduate school in Oxord.
“Truthfully, I became interested because my girlfriend at the time was, but my interest went on after we broke up,” said Boleyn-Fitzgerald.
“I decided to make a class based on something that has affected much of my research, which are the ideas of gratitude, forgiveness and compassion. I have published works on all of these topics.”
Boleyn-Fitzgerald also tries to go on a nine-day-long meditation retreat every year.
The general idea of the class is to combine the ideas of meditation and virtue so that both the readings and the experience of meditation can combine to be more beneficial than acting independently of one another.
“I took the class because it seemed like it would apply to real life, my life,” said Emily May. “It has been frustrating at times but ultimately good because it makes me question myself, and it’s a good thing to study and focus on because it helps to deal with the stress of being an angsty, stressed-out college student.”
The class focuses on different theories of the good and virtues, as well as what constitutes a good life. It also explores different meditation styles aimed at helping to cultivate moral values.
Meditation and Virtue is considered the kind of class where you get out what you put in; it can either change your life or give you nothing.
“The class has given me a completely different perspective on everything and I often continue to think about it outside of class, unlike many of my other academic classes,” May said. “Professor Boleyn-Fitzgerald is a very knowledgeable and patient man, and he gives really good advice for people that are stuck.”
The workload for the class consists of daily meditation and completing three papers. 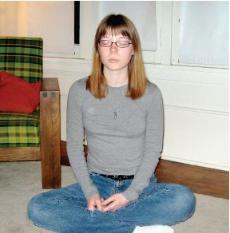