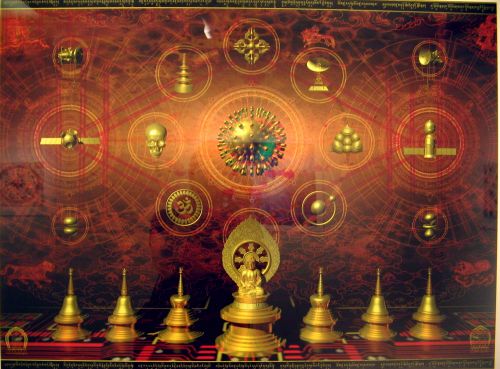 The Mudd Gallery is currently hosting “Uncertain Pantheon,”an exhibition of the prints of Scottish artist Murray Robertson. The Mudd exhibition, organized by fellow printmaker and Lawrence art professor Joe D’Uva, opened Friday, April 14 and is the latest in a long line of Robertson’s solo exhibitions.
The exhibition of hand-colored etchings, lithographs and digital prints centers around Robertson’s interest in the visual representations and expressions of scientific and spiritual systems of knowledge.
Exploration of these symbols and signs and their placement within a composition allows Robertson the freedom to juxtapose ancient concepts with modern and construe new meanings.
The imagery used in the prints is often radically diverse, crossing cultural, historical and technological boundaries. Robertson mentions that sources and inspiration for his works include astrological charts, textbooks on natural history, antique maps, scientific symbols, technological imagery and collected items from world travels.
Through his use of careful composition, deliberate color placement and obscure technology employed in conjunction with traditional printmaking techniques, Robertson says he aims to portray the complexity and irrationality of our world while still showing it as “vibrant with symbolic meaning.”
The prints are meant to allude to concepts pertaining to “humanity’s eternal and universal quest in a seemingly intractable and unknowable world,” Robertson says.
The foray from traditional printmaking methods – which have been essentially unchanged for centuries – into the constantly revolutionizing medium of digital art seems appropriate for Roberson’s artistic intentions.
Digital imaging allows for the appropriation of these spiritual and technological signs and for Robertson to make them his own. Through juxtaposition and manipulation he reassigns and creates meaning that, while not entirely divorced from the original, is much more significant to us as viewers in the modern world.
“Essential Balm,” a series of 28 panels with miniature compositions, illustrates this idea. A Ganesh statue, a Buddhist stupa and Sanskrit text are intermingled with an atom bomb and molecular structures, bringing the concerns of ancient and foreign spirituality into the rhetoric of today.
His best and most effective pieces, however, are those that utilize both traditional and digital techniques.
Works like “Capsid Hexon Triptych,” a lithograph and digital print, are most visually arresting due to the interplay between the evident quality of the artist’s process and the smooth-surfaced mechanical property of the digital print.
The contrasting elements straddle the divide between tradition and modernity, navigating between the two delicately but conscientiously, perhaps alluding to human attempts to find meaning and balance in an unpredictable and ever-changing world.
Robertson is a graduate of the Glasgow School of Art and is currently working at the Glasgow Print Studio. His work is held in collections from New York to Kyoto.
The Mudd Gallery will be showing Robertson’s work through April 25. 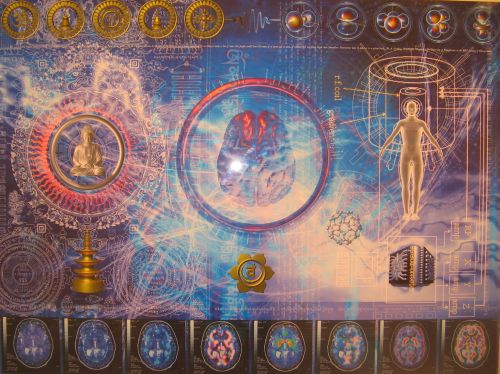 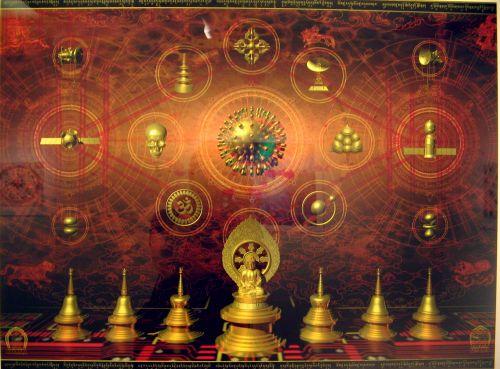 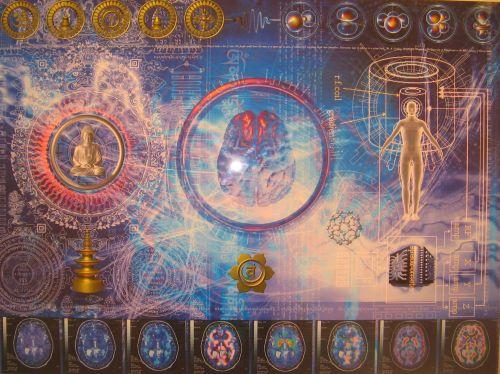