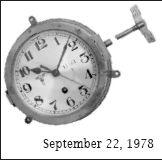 This 1978 article shows us that, no matter how much some things change, others are bound to stay the same. The issue here is parking on campus, which seems to be just as much a problem today as it was 30 years ago. Perhaps some things are simply meant to be. Please note that spelling errors are due to faithful reproduction of the original article.If there is any consolation in knowing that some things remain constant, the masochistic Lawrentians will be happy to learn that Lawrence University and the Appleton parking policy have not changed. The muddy trenches dotting the Lawrence landscape are not underground parking lots. Nor are the various earthmoving machines here to lay a new parking lot. Pessimists 2 – Optimists 0. The song remains the same.
Parking at Lawrence has always been an emotional but depressive issue for student car owners. Sincere but feeble efforts to remedy the hassle have been made. Students seemed to accept the loss as an inevitable consequence. True hope for beleaguered drivers came last year. Past LUCC President Don Sweeting and Vice-Presidennt of Financial Affairs Marwin Wrolstadt approached Appleton officials with a request to review and change parking policy around the University.
The city administration acted on the request and introduced a proposal to the City Council on May 3, 1978. Shortly after Spring Term exams, the City Council voted on the parking proposal. It was defeated by a vote of 13 to 5. Due to lack of time and the hectic beginnings of a new academic year the Lawrentian was unable to compile the details of the proposal and its unfortunate death. What is known is that parking policies have not changed. Beware and good luck.
University parking regulations require car owners to remove their vehicles from campus lots by 7:30 a.m. A city of Appleton parking ordinance prohibits parking on city streets between two and five a.m. The temptation to rip up and ignore the five dollar ticket you will receive for violating either one of these ordinances should be stifled. The University will amaze you with its atypical adroitness as it tracks down your unpaid bills. The whopper you get from Lawrence will cost considerably more than the Burger King version.
Veterans of the Appleton-Lawrence parking labyrinth can tell newcomers that unlike years gone by, the city will not be beaten out of fine revenue. Appleton now maintains concise records of parking violations and is not hesitant to pursue violators who disregard the law. Several students have received subpoenas for failure to pay city fines. Other details concerning such matters as campus car registration and alternative parking in Appleton can be found in the Student Handbook. 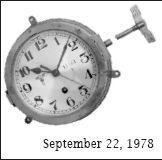