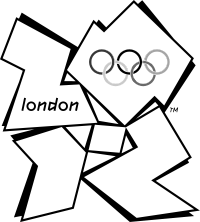 (Courtesy of the IOC.)

The end of the school year and the beginning of summer is exciting enough. Add the Olympic games and it gets very difficult to wait. It’s that time again — time to obsess for two weeks and sometimes watch events at odd hours in the day because of the time difference. In addition to the television broadcasting, today’s technology will allow people to watch pretty much any event on the internet and follow the games through their smartphones.

It gets pretty crazy as patriotism runs high and the only thing that matters is representing your country. There will be 26 events with over 10,000 total participants. For some participants, they expect a gold medal while others may just be thrilled to be there. Every Olympic games consist of dramatic contests, exciting victory, agonizing defeat and many heartwarming stories. Viewers should expect no different this summer.

To briefly review some of the headlines for this summer from the USA side, one of the questions this year is whether Michael Phelps can continue his domination and capture more medals. Or will rising star Ryan Lochte take over the crown as king of men’s USA swimming? Australia has always presented formidable challenges in both men’s and women’s swimming and the relays look to be very exciting — who could forget Ian Thorpe’s dominance earlier in the 2000s?. With qualifiers occurring in the next month, rosters still need to be filled out and it will be interesting to see who makes the cut, such as 45-year-old Dara Torres.

Usain Bolt. That is the first thought of many spectators when thinking of track and field. Many eyes will be on him when he lines up to race. There will be a ton of expectations for him to break world records that he already holds. Speaking of high expectations, USA men’s and women’s basketball both seem to be the overwhelming favorites to capture gold.

Both with very dominant roster’s filled with some of the best players in the world, being beaten in any game will definitely generate a lot of publicity. Spain looked to challenge on the men’s side but those hopes fizzled with Ricky Rubio tearing his ACL a few months ago during NBA play.

Looking towards gymnastics, Shawn Johnson captured everyone’s hearts with a thrilling comeback to win the individual all-around gold medal. After some weight issues and an appearance on “Dancing with the Stars,” she appears focused to make another run in London. Other events such as field hockey, wrestling, weightlifting, archery and beach volleyball will definitely attract viewers to competitions not usually seen every day on television.

Although it is very disappointing the USA did not qualify for men’s soccer, women’s soccer captures the attention of many fans during the Olympics. The USA squad had quite the journey in the last World Cup after many thrilling victories and a devastating finals loss to Japan. There will most certainly be a ton of supporters for this team and it is not hard to root for Abby Wambach, Alex Morgan and Hope Solo.

Of course, speculation when it comes to the Olympic games usually proves fruitless. What is always remembered are the upsets and spectacular comebacks that occur. There has never been a boring Olympics. Hopefully this summer, the USA participants will make us all especially proud to be Americans as they take part in something in which almost all of us have dreamed in participating.