Coffin gave four Lawrence convocations over 30 years, and spent one year here as a Scarff professor. He died Wednesday at 81.
Reid Stratton 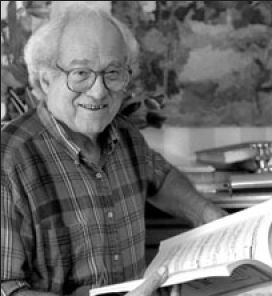 Coffin gave four Lawrence convocations over 30 years, and spent one year here as a Scarff professor. He died Wednesday at 81. (wikipedia.org)

Longtime peace activist Rev. William Sloane Coffin died Wednesday. Coffin had many ties to Lawrence, from a close friendship with former president Richard Warch to a yearlong position as a Scarff Visiting Professor. Coffin died at the age of 81 at his home in Strafford, Vermont.
Coffin made his first appearance at Lawrence in 1978, when he delivered a convocation address titled “What is National Security?” Coffin would go on to give convocations in 1988, 1998 and 2002.
In the 1995-96 school year Coffin held the Scarff Memorial Visiting Professorship position. The position allows one distinguished person to live and teach on campus for one year. The Scarff professor also delivers public lectures and collaborates with students and faculty on topical issues.
Coffin first came to Lawrence through his connection to former university president Richard Warch. Warch met Coffin as a student at Williams College, and their friendship continued to grow when Warch both attended and worked at Yale. Coffin was a chaplain at Yale for 18 years.
Of their friendship, Warch said, “We really grew over the years. We became closer and closer. He is a man of enormous wit and humor, as well as principle and faith.”
Indeed, when Warch decided to revive the then-defunct convocation series, he decided to bring in “the best speaker [he] had ever heard,” William Sloane Coffin.
Coffin attained his Scarff professorship through similar means. Until his appointment, previous Scarff professors were mostly diplomats, ambassadors and former members of the State Department. Coffin was asked to take the position in an effort to try something new, which was, according to Warch, an extraordinary success.
Coffin made a significant impression on students, faculty and members of the community while he was here. Warch recalled walking out of Sampson House to find Coffin sitting outside the Buchanan-Kiewit Recreation Center, a crowd of students flocked around him.
“He had a way of enveloping you into his field of action,” said Warch. “He made you feel important – like you were doing something important. He was a life-changing person.”
It seems that part of Coffin’s ability to connect with so many people was his wide range of skills. When Coffin came to Lawrence for his one-year Scarff professorship, he requested a grand piano be put in the Scarff house where he stayed. Coffin, a highly skilled pianist, would play chamber music with conservatory faculty in his home. Coffin was also fluent in many languages, and knowledgeable in many academic fields.
Coffin was so popular that he was asked to serve another year as the Scarff Visiting Professor, which he agreed to. However, he soon became ill, eventually suffering a stroke, which precluded him from returning to Lawrence as a Scarff professor.
Coffin, as invigorating as ever, delivered a convocation address here in 2002 titled “The U.S., Iraq, and Nuclear Weapons.” Those who attended will remember Coffin as a fiery speaker, both exciting and influential.
Of Coffin, Warch adds, “He was one of the great saints of the recent American experience. 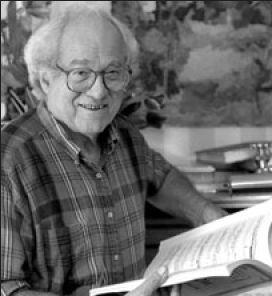 Coffin gave four Lawrence convocations over 30 years, and spent one year here as a Scarff professor. He died Wednesday at 81. (wikipedia.org)