The Secret Lives of Our Profs 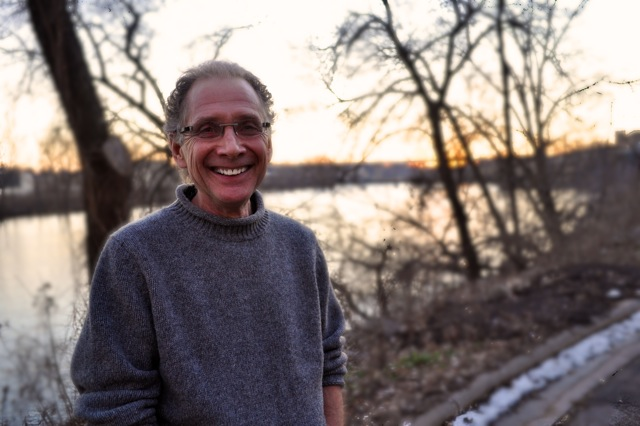 How did you become interested in the field of education?

I got equally involved in community organizing. I was digging ditches, I worked in a plastics factory, I was a switchman on a railroad, I worked in installing telephone cable and eventually ended up working in an auto plant, and throughout all of that trying to work with people in healthcare, education, community services in general.

It began to dawn on me that education — becoming a teacher — might be able to make a difference. Many of the people whom I was working with needed the knowledge and skills that schools could teach them. If they really wanted to be in a position to make decisions about their lives, school was a place they could learn how to do that.

That was several years after graduating from college, and I found that I loved being in a classroom. I went to Reed College’s MAT program, ended up being a teacher in a small rural community and in a couple Portland schools later on.

Yes, I was a high school teacher, a social studies teacher. Coached basketball, coached tennis. The whole stereotype, I suppose. But I was a history major in college and was interested in clinical science and sociology, and it allowed me to combine a variety of things I really enjoyed: teaching particular subject matter, working with young people, being in schools that I thought might make a difference.

After doing that for a few years I got increasingly interested in education policy and school reform. I wanted to learn more about policy-making and school improvement. That led me to a Ph.D. program at UW-Madison. After that program I ended up teaching at the University of Oregon, and after Oregon, here.

Well, public schooling and public education is absolutely essential to the well-being of the country. For a democratic country in particular, we need an educated and learned citizenry in order to make democracy work. The democratic well-being of America is connected to people’s knowledge about schooling and willingness to engage in schooling.

I think America’s schools need to change. That said, many of the criticisms of Americans schools are inaccurate and are made for scoring political points that go beyond a genuine interest in young people and their schools.

But there’s always room to make schools better. The question is, of course, how do we change schools? Change them from the top down, test more, heighten teacher-accountability measures? Or do we find some other way that changes the nature of teaching as a profession and provides more resources for schools? If we were genuinely concerned about school improvement, we would be pursuing full employment, housing standards, health care for low-income people. So the answer to your question is that schools need to change.

What does excellence in teaching mean to you?

What are some of the things you enjoy doing outside of teaching?

I am a runner. I do yoga. I attend sporting events, as many recitals as I can. Probably would confess to be addicted to mysteries. When I was living in San Francisco, someone turned me on to Dashiell Hammett — that whole noir school of the American hard-boiled detective. It’s pure escapism, and though I can intellectualize about it and its moral ambiguity, I just enjoy it. I also watch a lot of movies. I love the American cinema. My tastes are broad.