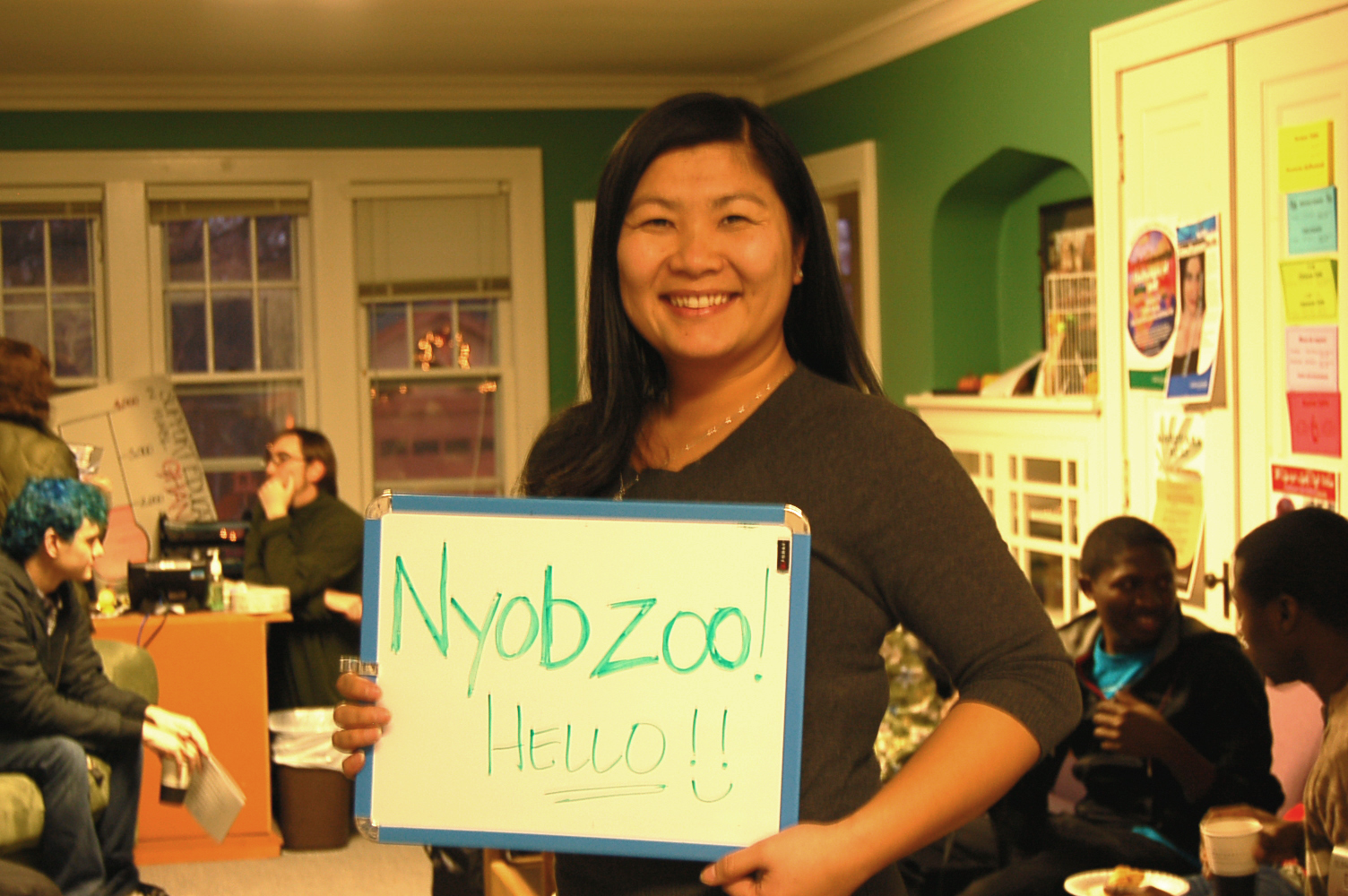 Meet Assistant Dean of Students for Multicultural Affairs Pa Lee Moua. Moua is the force behind all programming, operations, funding and the website of the Diversity Center.

Born in Laos, Moua and her family immigrated to the U.S. with the third wave of Laotian refugees in 1984. She lived in Fresno, Calif. for six years before moving to Sheboygan, Wisc. to be closer with extended family.

Unlike most incoming college freshman, Moua was not only a student but also a wife and a mother. She received her undergraduate degree in business administration from Lakeland College, and attended UW-Oshkosh for a graduate degree in educational leadership.

Having lived in Appleton for 17 years, Moua was already familiar with Lawrence before applying for the position of assistant dean. Since her background consists of working at technical and public schools, she did not initially think of applying to Lawrence because of its status as one of Wisconsin’s top private schools.

Moua previously worked with members of the Appleton community including the mayoral office, the UW school system and Fox Valley Technical College. However, she applied to Lawrence after realizing how her unique perspective could benefit the university. Moua brings a wealth of information to her job, including community connections, the perspective of an “outsider looking in,” creativity and the ability to enhance diversity at Lawrence.

There is no typical workday for Moua. Each day brings different challenges and excitements, from raising awareness of the diversity center to building relationships with students from a variety of backgrounds. Moua is in charge of educational programming, which entails events such as lectures, speakers, food and collaboration with the entire Lawrence community. She also serves as a resource for students individually, and heavily involved with campus life and training for RLAs to implement diversity programs in dorm life. “Nowadays, there are more resources, but I want to help people who aren’t aware of these resources or who wouldn’t actively seek them out themselves,” said Moua.

Moua is a large influence in the LU community due to her presence in many committees. They include the Presidential Committee on Diversity Affairs, the LU Lifeline Team, and the LUCC Committee on Diversity Affairs. She is also involved with the Posse Foundation, which selects students from inner city schools to enroll at Lawrence, training them to become leaders on campus in cross-cultural communication. In addition, she serves on the First Generation Committee to help welcome and alleviate fears of nontraditional students.

Moua’s favorite part of the job is the interaction she has with students. Whether it’s through eating lunch with them, or bumping into them on campus, she feels obligated to give back to the Lawrence community because of the mentorship she received.

Said Moua, “In order to serve, one must have a relationship with the students outside of academic college life. I want to create lifelong connections and friendships with my students. Someone helped shape me during my college years, and because of them I want to shape others during the four most developmental years of life.”

Slowly but surely, Lawrence’s Office of Multicultural Affairs has begun to have more of a central presence in the three years since Moua arrived. Before Moua began working at Lawrence, there was no regular programming each term for the Diversity Center. In response, Moua has created the Diversify Your Mind! Programming to help enlighten, entertain and educate all members of Lawrence Community while sharing knowledge about each other, whether it be about music, food, pop culture or religion.

In her free time, Moua raises three kids, who are ages three, 10 and 16. She enjoys running, playing volleyball, reading and photography.

The Diversity Center is open to any student of any background. “It’s okay to feel uncomfortable in a new location and environment, but it is important not to let other people’s perceptions alter your experience in trying new things.” Moua welcomes all suggestions and feedback at the Diversity Center: To Moua, no is never an answer.