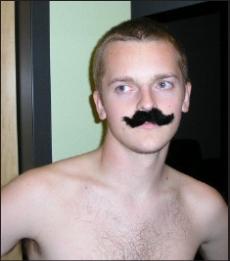 Dear Dr. Eric,
One of my friends is really attractive and I like to hang out with him. I would like to start a casual relationship with him that is not too serious. Unfortunately he is dumb as a rock, and even though I like him it is hard to respect someone so unintelligent.
I still want to date him, but I would feel bad dating someone that I don’t respect as a thinker. I would feel guilty having a poor opinion about him and keeping it a secret, but I could never tell him my true thoughts. Would it be immoral to date him?
Danielle MurryDear Danielle,
I am worried that you are overvaluing this man’s worth. Despite being both attractive and enjoyable, the boy is an idiot. The one lesson you should have learned at Lawrence is the importance of being intelligent. Your intellect defines you and is the primary faculty by which you are judged and valued as a person.
You ought to pride yourself on your smarts, knowing that they both make you who you are and elevate you above the common rabble. Without them you would be just another bungled and botched pleb. Your estimations of others should accordingly be based nearly exclusively upon their mental abilities.
This guy’s lack of intellect makes him less of a person than you. You are not disrespecting him because you are actually giving him all the respect he deserves. Instead of being ashamed you should rejoice that you are able to recognize him for what he is worth.
The solution is to devalue him further. You already hold his intellect in low esteem, so you only need to extend this opinion to his entire person. Your feelings of “disrespect” are the beginnings of a necessary dehumanization. Humans’ intelligence separates us from animals. There is a direct relation between one’s intelligence and humanity.
By thinking of this boy as an attractive, fun, sub-human primate, you are free to date him with impunity. You have no moral obligation to the dunce other than what one has toward animals, which is to say none at all.

Dr. James Eric Prichard holds many terminal degrees in various fields from institutions around the globe. He is saving up his generous columnist’s salary so that he can quit his job and pursue his life’s dream of teaching art to inner city crippled children in order to restore their confidence. 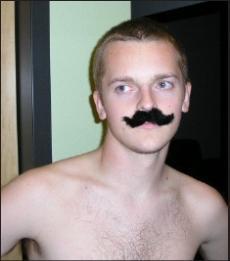 James Eric Prichard (Brent Schwert) Dear Dr. Eric,One of my friends is really attractive and I like to hang out with him. I would like to start a casual relationship with him that is not too serious. Unfortunately he is dumb as a rock, and even though I like him it is hard to respect…