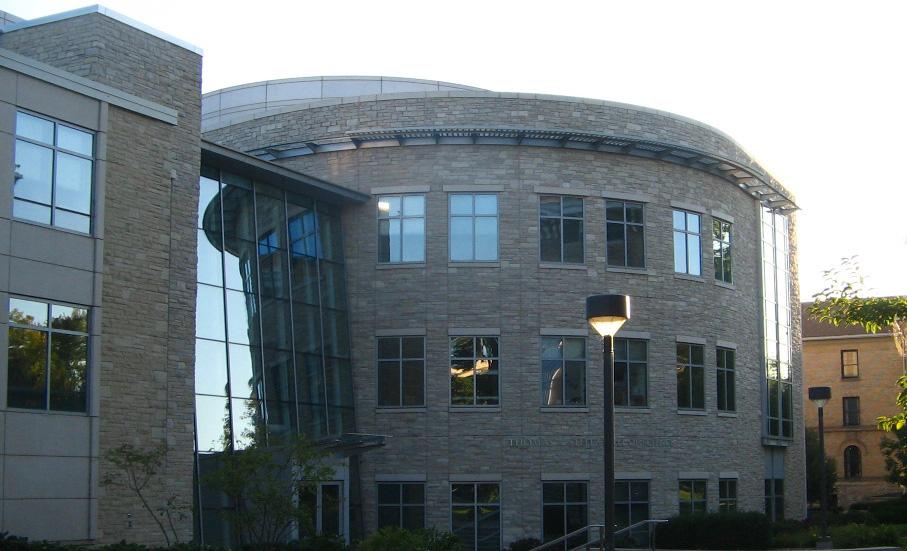 Each summer, an assortment of publications and organizations releases rankings of major colleges and universities throughout the United States. Each ranking system employs a different methodology, and the manner of presentation for such lists varies greatly.

President Jill Beck spoke to the general value of such rankings, stating, “Rankings can shed light on the comparative work of college and university programs and faculty, and on institutional priorities. In this regard, they can be useful to prospective students and interesting for current students.”

The most familiar rankings, such as those run annually in U.S. News & World Report and Forbes, rank institutions based on various criteria, which average to create a total score corresponding with that institution’s position on the list. Other publications, such as The Princeton Review and Newsweek/The Daily Beast, create various categorical lists under which a smaller number of institutions are ranked.

This year, Lawrence was ranked 63rd among national institutions in Forbes‘s “America’s Top Colleges.” The same list placed Lawrence at number 57 among private colleges and number 8 in the Midwest. The methodology undertaken by this publication takes into consideration factors such as student satisfaction, post-graduate success, student debt, four-year graduation rate and competitive awards.

The Princeton Review releases its list of “376 Best Colleges” each year, though this list remains unranked. Lawrence has consistently been placed on this list as well as within the subcategory of “Best Midwestern Colleges.”

The Princeton Review lists are based on student surveys completed online, which contain over 80 questions about student life, academics and administration, among others.

The 2011 College Rankings coming from Newsweek/The Daily Beast separated its rankings into 25 different categories, ranging from “Best Party Schools” and “Best Food” to “Braniacs” and “Future CEOs.” Lawrence placed 18th on the “Most Rigorous” list and held spot number 21 in the “Most Accessible Professors” category.

The data for these lists was compiled from various sources, including student-to-faculty ratio, student evaluations on RateMyProfessors.com, and average admitted SAT scores compared to freshman retention rates.

The 2012 edition of U.S. News & World Report’s annual rankings is scheduled to be released online Sept. 13. The online edition will incorporate new lists, such as rankings by high school counselors and a ranked list of schools with a “commitment to undergraduate teaching.”

Additionally, U.S. News will adjust its methodology this year based on feedback from previous years. It will eliminate the category of the “fourth tier,” adjust its category names for the sake of clarity, give more weight to the factor of graduation rate performance and give high school counselors a voice in the overall rankings.

What do the rankings mean?

Beck warns that even ostensibly holistic approaches as some of those listed above may not adequately portray an institution’s strengths. Much of the controversy regarding the most familiar rankings, particularly U.S. News, focuses on the list’s inability to capture the essence of an institution’s value.

“There are some rankings that are frustrating,” Beck noted. “For example, U.S. News & World Report ranks colleges by the number of ‘small’ classes they offer. ‘Small’ is defined as two students or more. Thus, the high number of classes at Lawrence with only one student, including music lessons and tutorials across disciplines, are not counted.”

Dean of Admissions and Financial Aid Ken Anselment echoed Beck’s sentiments: “You don’t have to dig too deeply into the rankings to find some headscratchers when it comes to the driving factors of the rankings. Take U.S. News & World Report, for example. The biggest factor that influences a college’s ranking has nothing to do with admissions profiles or graduation statistics– it’s what their peer institutions’

He continued, “I get a survey that asks me to rate other national liberal arts colleges. I am not an authority on the vast majority of these schools, yet my rating of them plays a role in how they ultimately fare in the ranking.”

However, the rankings can be valuable when they prove that Lawrence is gaining recognition for factors that it values.

Beck noted, “Some rankings focus on what we think is important, such as the accessibility of professors outside classes. Or the rigor (quality and standards) of the education that is offered. Lawrence pays a lot of attention to how we compare with other schools in areas that we identify as very important and over which we have great control.”

Additionally, this August Lawrence was recognized as number 44 on the Sierra Club’s “America’s Coolest Schools,” which ranked institutions for their environmental efforts. This

marked a large jump from its position as number 106 last year.

Beck commented, “The vault of Lawrence in the Green rankings reflects an institutional priority and a commitment over the past few years by faculty and student groups […]. I was proud to see how the work of students and faculty and staff, and developments in our academic offerings, had made such a comparative difference with other colleges in this

As the timing for the release of all these rankings suggests, the purported primary audience is the prospective students who must determine the schools to which they plan to apply by December or January of the coming year.

Ranked lists do not convey exhaustive information on the schools they include, but many include profiles of these institutions, providing high school students with a starting point at which they may begin their college search.

While college rankings are typically linked with college admissions, however, Anselment believes the connection is often overstated. “Part of the problem with the ranking conversation,” said Anselment, “is that there are so many ranking ‘authorities’ out there.”

Nevertheless, it is likely that the rankings did affect the decisions of some of th
e recordbreaking 2,667 applicants for the 2011- 2012 school year.

Polling members of Lawrence’s incoming freshman class, it is

possible to see that each student formed his or her own opinion regarding the rankings when choosing which college to apply to and attend.

didn’t affect my decision much. […] After visiting all the schools that I applied to, Lawrence appeared to have the most things that I was looking for. What the rankings do is just add some reassurance that I really am at the right place and that I’m going to have a great education.”

Another freshman, Peter Emery, had a bit of a different take, however. “The rankings played a major role in my decision to enroll at Lawrence,” he asserted. “I had a few options for my education and hockey this Fall Term, and when I went to websites like Forbes.com, it made Lawrence University an easy pick.”

Both students and administrators alike focused on recognizing the importance of fit over a school’s ranking. Anselment noted, “Prospective students and guidance counselors want to know that a college is going to fit well with a particular student’s talents, aspirations and needs — be they academic, social, cultural, religious, athletic, artistic. The onesize-fits-all approach to ranking is one of the very things that undermines their effectiveness.”

Ultimately, while rankings may affirm the excellence of an

institution like Lawrence in one aspect or another, what matters most for a prospective student is to find the school that will deliver most appropriately to his or her needs.

Said Anselment, “Maybe it’s better to think of a ranking agency as just another prospective student — albeit one with a really long list of potential colleges. The choices that inform the shape of their lists will be very different from yours.”

Bridget Donnelly (Photo courtesy of Tom Pilcher) Each summer, an assortment of publications and organizations releases rankings of major colleges and universities throughout the United States. Each ranking system employs a different methodology, and the manner of presentation for such lists varies greatly. President Jill Beck spoke to the general value of such rankings, stating,…