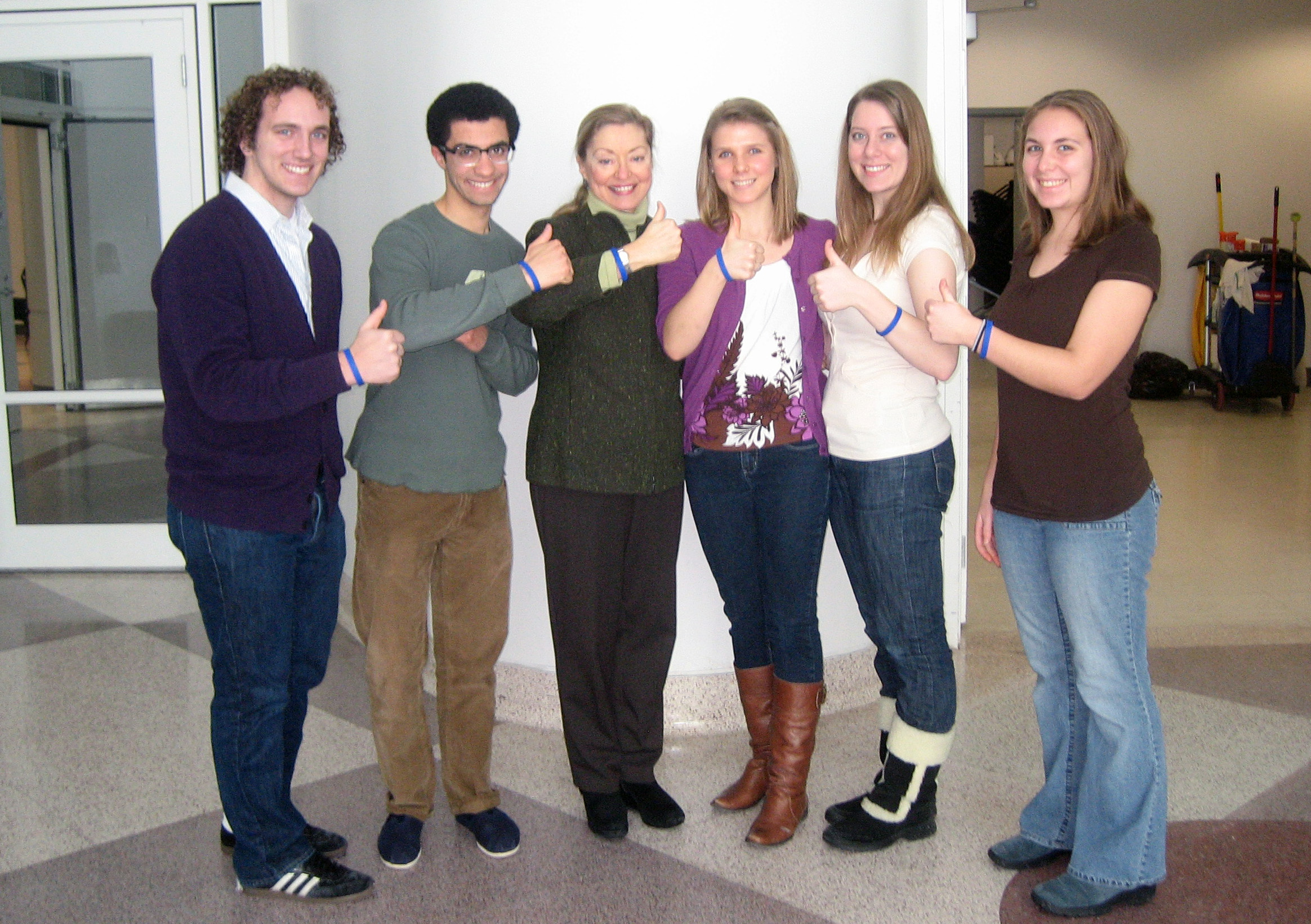 This week, the Lawrence University Honor Council publicized a new initiative called the Integrity Campaign. The council hopes the campaign will help preserve and enliven the LU Honor Code in the face of mounting end-of-term pressure.

President Beck announced the beginning of the campaign at last week’s convocation, sporting a new blue wristband embossed with the Honor Code acronym and the word “integrity.”

Second, the campaign works to dissuade students from cheating and plagiarizing during the end of the term, arguably the most stressful time of the trimester.

Tone explained, “This is a stressful time for everyone — and the end of the term is the Council’s busiest [time] as more assignments are due and professors are bringing more allegations forward — but we hope that people will be reminded that unfairly advancing their own academic pursuits hurts their fellow Lawrentians, their professors and the Lawrence community.”

During the past week, the Honor Council distributed blue wristbands on the second floor of the Warch Campus Center. On Tuesday, Feb. 15, members passed out wristbands to faculty and staff members before a faculty meeting.

Tone said, “We passed out bands to the professors and staff [members] as they came in, and most of them signed a large poster that had the honor code acronym on it. We also had a photographer there to photograph professors proudly wearing their bands.”

She continued, “These pictures we will make into posters that say, for example ‘Professor Spurgin supports integrity,’ with the hopes of conveying how important the Honor System is to professors and the Lawrence community.”

Claire de Rochefort-Reynolds, LUHC co-chair, expressed her enthusiasm, stating, “The launch yesterday was so well received by the faculty that we can’t help but feel heartened by their support.”

LUHC continued to table from Wednesday until Friday, and in addition to handing out blue bracelets, council members encouraged students to sign a poster to reaffirm the honor code.

The Integrity Campaign is partially a reaction to the increased number of honor code violations made over the past year and a half.

Tone explained, “Last year we had a record number of 30 allegations with 24 heard cases, and we are on track to surpass it with 15 cases so far this year.”

De Rochefort-Reynolds added, “We would love for there to be no cases at all.”

Both Tone and de Rochefort-Reynolds feel that the honor code should be celebrated as a positive aspect of life at Lawrence, not as a harsh system of punishment.

Said Tone, “We want people to want to live and learn in an environment of trust and integrity. That is why our project is intended to promote integrity and celebrate an honor system that is unique to Lawrence, and get away from this idea that the Honor Council functions only as a punitive force.”

De Rochefort-Reynolds stated, “We […] are a unique group of students. We have diverse interests, backgrounds, goals and personalities, but we all have one important thing in common: integrity. More than trying to put an end to Honor Council cases, this is what our Integrity Campaign is all about — encouraging people to show on the outside the strong character they have on the inside.”

Amy Sandquist & Justin Jones (Photo by Geoff Gajewsky) This week, the Lawrence University Honor Council publicized a new initiative called the Integrity Campaign. The council hopes the campaign will help preserve and enliven the LU Honor Code in the face of mounting end-of-term pressure. President Beck announced the beginning of the campaign at last…