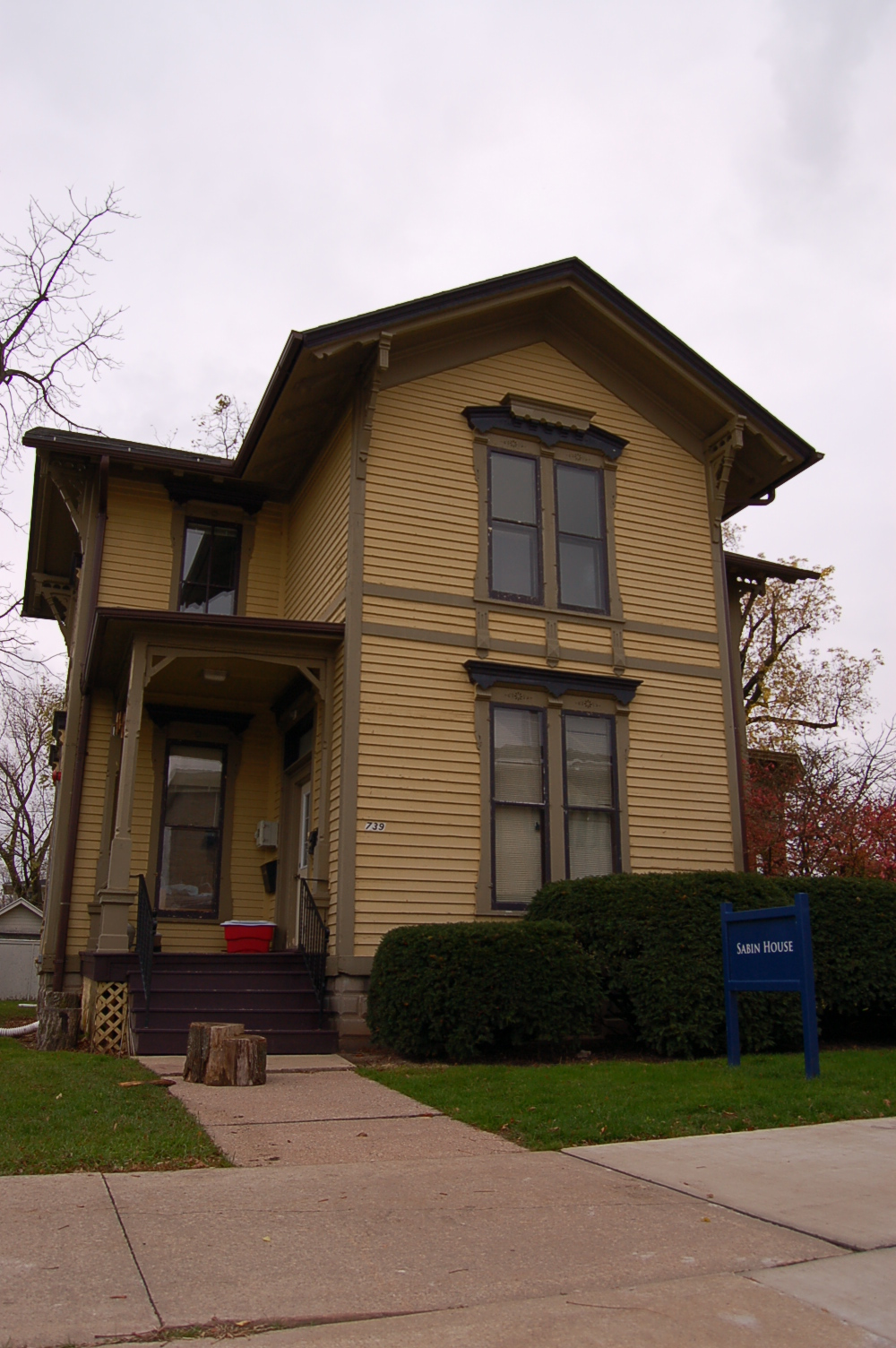 At college, our residency is so transitory that we often use it for function and not much else. Our dorms are not homes, but places we can stay for a few months. However, Lawrence is unique in offering small houses to student-houses that become homes filled with their own history. One house is the Sabin House, which we know today as Greenfire.

Sabin House is built in Italianate style, and is featured in Appleton’s East College Avenue Residential Historic District for its well-preserved external decorations and structure. Over the years, the house has been changed to adapt to changing needs.

Sabin House has always been in Lawrence-related hands. It was built between 1874 and 1884 by Joseph W Hammond, a graduate of Lawrence University, as reported by Adam Cox ’11 in an archival entry on Sabin House. Hammond’s son was also attending Lawrence — presumably the reason Hammond built the house so close to campus.

Hammond was on the Board of Trustees at Lawrence until his death in a tragic bike accident in 1902. After his death, Hammond’s daughter moved into the house with her husband, a professor of natural sciences at Lawrence.

In 1910, Beta Sigma Pi — before its name changed to Beta Theta Pi — bought the house from the Hammonds. They lived there until 1936, when the university bought the house in its efforts to move students to on-campus housing.

Until 1941, the house was located at 534 John Street on the plot where the current Sigma Phi Epsilon house is located. When the university bought the house, they dug a new foundation at 739 E. Alton St. and picked the house up and moved it 50 yards, rotating it 180 degrees.

This move explains the extensive basement in Sabin House that does not fit with other Lawrence-owned houses built in this time period.

From 1937 to 1998, the house was used as all-female housing, housing up to 12 students, though the University rented it out to community tenants in times of low enrollment. In 1968-1970, it was the home of the A Better Chance program, a non-profit organization aiming to connect academically-talented minorities with academic opportunities.

As the house changed hands and locations, its name changed as well. At its new location on Alton St., it was called East House, as it was the eastern most point of campus. In the 1980s, it was called Meridian House, then renamed in 1998 to Sabin House, honoring the former president of Milwaukee-Downer College.

Soon after that, Lawrence included Sabin House in its theme house system, allowing groups to apply for a house on campus. Currently, the student environmental group, Greenfire, lives in Sabin House.

Interested in the history of your house? Check out the Lawrence University house files at the library archives for more information.

Chelsea Johnson (Photo by Fanny Lau) At college, our residency is so transitory that we often use it for function and not much else. Our dorms are not homes, but places we can stay for a few months. However, Lawrence is unique in offering small houses to student-houses that become homes filled with their own…