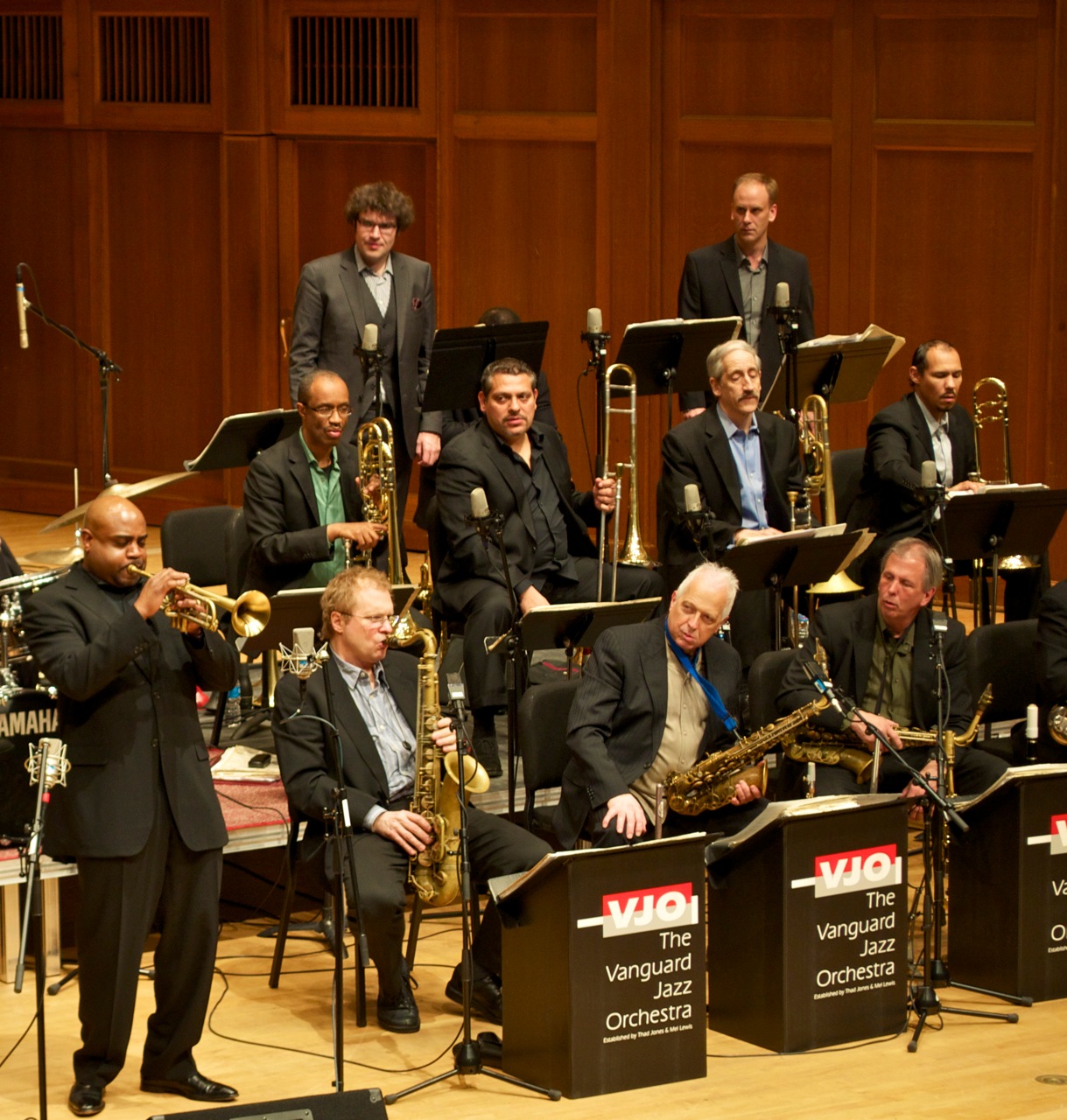 The Vanguard Jazz Orchestra, one of the few remaining jazz big bands in the United States, played the final concert in the 2010-2011 Lawrence Jazz Series last Friday night. The orchestra performed in the Lawrence Memorial Chapel for a fairly large audience, which relished in the orchestra’s swinging yet contemporary sound.

Founded by the late cornetist and composer Thad Jones and drummer Mel Lewis as the Thad Jones/Mel Lewis Orchestra in 1966, the Vanguard Jazz Orchestra is based in New York and has a weekly Monday night gig at the city’s famed jazz club, the Village Vanguard.While the orchestra is no longer under the leadership of Jones or Lewis, its repertoire features numerous Jones charts. And a handful of band members have performed with the original band.

The orchestra opened with the Jones tune “Big Dipper,” which Jones wrote in honor of the basketball star Wilt Chamberlin. “Big Dipper” began with a few big ensemble hits, which introduced a lengthy piano solo by pianist Ehud Asherie. After Asherie’s solo, the band reentered with an interlude that featured its tight and precise ensemble playing; the horns played with impressive intonation and articulation, while drummer John Riley drove the band and seemed to subconsciously catch every ensemble hit.

Despite this tightness, the band still managed to exude a loose and vibrant energy. The musicians were all clearly into the music, even when they were not soloing. They often yelled in appreciation of a soloist and joked around during extended rests. Similarly, trombonist and band announcer John Mosca had a relaxed and humorous announcing style; he made a joking reference to the Wisconsin union protests and made fun of various band members for dressing too “cleanly.”

One of the more interesting tunes of the evening was Bob Brookmeyer’s “St. Louis Blues. “Brookmeyer began composing for the band after Jones left, and his compositional style is highly expressive and features unexpected texture changes. These were especially evident during “St. Louis Blues.” Beginning as a slow blues with the reed players accompanying trombonist Luis Bonilla’s plunger-heavy melody, the tune gradually departed from this slower vibe. Eventually, after Scott Wendholdt ended his trumpet solo, the band returned to the slow bluesy melody, which sounded refreshing, especially after the arrangement’s numerous tempo changes.

The band closed with the notoriously fast and difficult Jones composition “Cherry Juice,” which featured a high, fast and exciting Terrell Stafford trumpet solo and a nice contrasting solo by the saxophonist Rich Perry. Perry’s solo was somewhat dissonant, and this made his sporadic use of traditional jazz vocabulary even more effective.

While the concert was fantastic overall, I was a bit upset that the orchestra did not play any arrangements by Jim McNeely, whom the brochure advertised as being the orchestra’s composer-in-residence.The band played exclusively Jones and Brookemeyer arrangements, and while these arrangers are two pinnacle post-swing era big band arrangers, it would also have been nice to hear more contemporary McNeely arrangements.

Nevertheless, the Vanguard Jazz Orchestra concert was a swinging and exciting way to end the 2010-2011 Jazz Series. The band featured superb soloists, ensemble playing and arrangements, and they received a completely expected and immediate standing ovation.

Sam Lewin (Photo by Tom Pilcher) The Vanguard Jazz Orchestra, one of the few remaining jazz big bands in the United States, played the final concert in the 2010-2011 Lawrence Jazz Series last Friday night. The orchestra performed in the Lawrence Memorial Chapel for a fairly large audience, which relished in the orchestra’s swinging yet…