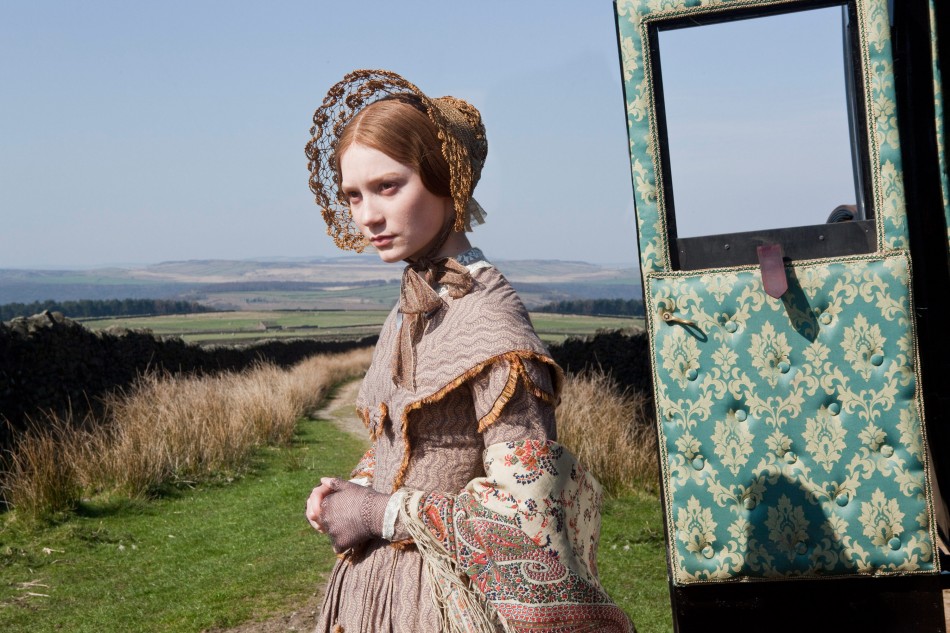 Until recently I was of the mind that a film version of a novel can do nothing more than simply represent as accurately as possible the text of a story, leaving the words of my favorite authors unadulterated.

This is particularly the case for my most beloved novel, “Jane Eyre.” Though the poster of Franco Zefferelli’s 1996 version starring Charlotte Gainsbourg and William Hurt hangs over my bed, I have never yet found a Jane and Rochester pairing that makes me swoon to the extent that Charlotte Brontë’s own words on the page do.

The newest film version, directed by Cary Fukunaga and starring Mia Wasikowska and Michael Fassbender as the romantic leads, takes Brontë’s adored novel and, quite literally, sheds new light upon it.

Unlike in Brontë’s own text, climactic scenes between Jane and Rochester seemed swathed in light, occasionally marred by light rain but not threatened by the impending night and storms readers have come to expect.

From the start, Fukunaga’s cinematic approach to the story strays from expectation, not progressing chronologically but beginning far beyond the halfway point of the novel. It opens with Jane’s flight from Rochester’s manor and continues to alternate between flashback and flash-forward until Jane goes to Thornfield Hall to become governess to Rochester’s ward, Adèle.

Initially, it seems as if such non-linear storytelling adds to a sort of feminist reading of Jane’s character, a strong young woman who runs away from Rochester after — well, after something bad happens.

In Fukugana’s telling, we know this before the credits roll. What we don’t know is what leads up to it, so instead we see Jane, in her past and in her — sort-of — present, as a victim of circumstance and, really, a woman who simply cannot provide for herself.

Fassbender’s snarky Rochester makes a delightful counterpart to Wasikowska’s meek Jane, which is perhaps one of the delights of the film. Though not quite brooding enough for a true Brontë hero, Fassbender portrays a less sinister Rochester whose attachment to Jane almost seems to begin as a lighthearted rake’s easy conquest of his inexperienced governess.

For every interesting move Fukunaga makes, he leaves something out. He teases the audience with bits of plot that are never fully actualized. This is especially the case with the introduction of Blanche Ingram, Jane’s romantic rival. Blanche comes and goes, but we know all along that Rochester is really after Jane.

We can never be convinced of Jane’s jealousy, only her resignation. She is left a puppet under Rochester’s control, rendering her famous, impassioned speech — though brilliantly acted by Wasikowska — out of place and almost uncharacteristic.

Ultimately, though, it was Fukunaga’s decision to downplay the Gothic elements of the story that disappointed me most. Coming out of the theater, I couldn’t put into words how I really felt about the film for that very reason. I first thought it was a fascinating concept, focusing on the human aspect of the story.

But then I saw an interview in which Fukunaga said he wanted to emphasize the Gothic. My impressions of the film were shattered. How can a version of my favorite novel that leaves out the night before Jane and Rochester’s wedding, Jane’s weird dreams and even weirder paintings, Grace Poole, the gypsy and so many other crucial elements be said to feature elements of the Gothic?

I wanted to see Fukunaga’s film as a new and different interpretation of one of my favorite novels, an interpretation that I might not be able to put precisely into words but that did something unique with the text.

Instead I’m finding the only conclusion I can make is that Fukunaga tried to do too many things in a two-hour movie and failed to fully actualize any of them.

Bridget Donnelly (by Laurie Sparham ) Until recently I was of the mind that a film version of a novel can do nothing more than simply represent as accurately as possible the text of a story, leaving the words of my favorite authors unadulterated. This is particularly the case for my most beloved novel, “Jane…