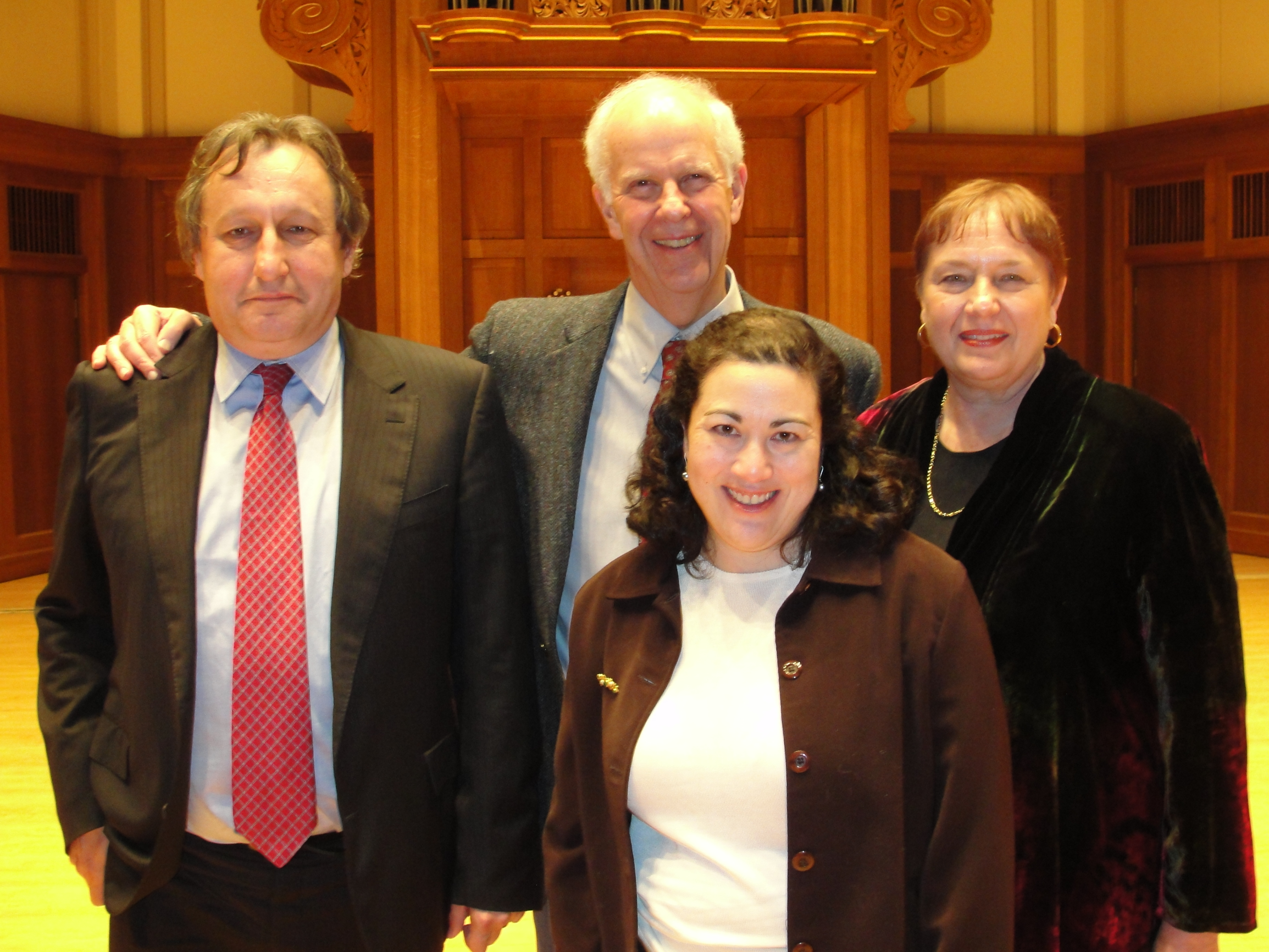 The Civic Life Project, a venture of Global Village Media, is launching a pilot program at Lawrence for the 2012-2013 academic year.

In two classes during the Fall and Winter Terms, students will research and then make a short documentary film about a local issue. In the spring of 2013, Lawrence will host an event open to the community in which the issues raised in the student films will be discussed.

Associate Professor of History and Pieper Family Professor of Servant Leadership Monica Rico will be teaching the Fall Term class, which will include both lessons in filmmaking and student research into Appleton’s local community. “The first term will be helping people learn more about the community in general,” said Rico. “We’re not assuming students have any great knowledge of the local community unless they grew up here, so Fall Term will involve helping students find out about local issues they want to investigate.”

Though both classes are not required, the first class is a prerequisite for the second, in which students will be creating their actual documentaries. The second term will be taught by project founders Catherine Tatge ’72, current artist-in-residence and award-winning filmmaker, and Dominique Lasseur, a film and television producer. The project itself is based on a three-year program that Tagte and Lasseur have been developing in Connecticut high schools.

Though students will be filming, directing and producing a 10-minute documentary, Rico stressed that the course is about far more than movie-making.

“I hope that students from all around campus are interested in this,” said Rico. “It’s not just for students who think of themselves as filmmakers or would-be filmmakers; it’s about listening to voices in the community, not necessarily developing filmmaking skills.”

Lasseur agreed, and noted that he finds local issues, however apparently small, are important to recognize and address. “The broad goal [of Civic Life] is to foster the idea of global citizenship. But before you can be a global citizen of the world, you need to be a local citizen, and be involved in and concerned with local issues.” Lasseur continued, “Many times people can be motivated to help tsunami hurricane victims far away, but not the people next door, which can be done through documentary filmmaking. By using documentary filmmaking, you can see both sides of an issue, and you’re forced to be empathic and sympathetic, all of which make a good citizen.”

Of course, film as a medium plays the largest role in this project, and from a perspective filmmaker, this project is exciting. Senior Tom Coben, the head of Lawrence’s Film Club, commented from a filmmaker’s standpoint on the good that can come from this project.

“[The Civic Life Project],” noted Coben, “is a great opportunity because it’s one of the first times that Lawrence is having a class that’s more production based, rather than just about theory. […This means] that for the first time there’s actually class time that [film students] can dedicate to making a film and developing it. It’s an opportunity to devote a real amount of time to a film, instead of just working between classes.”

Coben added, in the same vein as the project’s teachers and producers, that “[the project] seems like it will be a good way for Lawrence kids to get involved with the community, to exit the Lawrence bubble and take a step outside.”

This sentiment mirrors that which Rico, Tatge and Lasseur are trying to promote. Lasseur said, “This is more than just a film course project, it’s a citizenship project. Students will learn how to use media to tell stories, an essential skill for the 21st century, given the fact that more and more information is through visual means.”

Parker Palmer, an author, educator and activist who visited Lawrence Jan. 25, is the intellectual brain behind the project. According to Tatge, “Palmer is an extraordinary thinker and philosopher, who has really [addressed] ways in which we can have civil discourse and what role a university plays in that.”

Democracy, community and current issues are all focuses of the Civic Life Project. Said Lasseur, “It’s really the idea that democracy resides in our heart, and that it’s not just a thing of the head. It’s an important way to connect to your community and to connect with each other.”

The Civic Life Project, which Tatge and Lasseur hope to spread to other liberal arts schools, is as much a way for students to produce films as it is a way for them to become involved with their local community. Both factors will come into play in the two-term course, which is open to enrollment soon. For more information on the Civic Life Project and how to enroll, contact Rico at engagedlearning@lawrence.edu.

Molly-Judith Wilson (Photo courtesy of Carolyn Tomecek) The Civic Life Project, a venture of Global Village Media, is launching a pilot program at Lawrence for the 2012-2013 academic year. In two classes during the Fall and Winter Terms, students will research and then make a short documentary film about a local issue. In the spring…