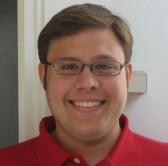 In my opinion, the United States’ national security is in its best and most efficient state. This has to do with the kind of war that we are fighting – one where our enemy is hiding, sneaking in and around our country. The War on Terror needs the security measures that have been approved by Congress to ensure our victory.
I would like to specifically talk about the most recent uprising in national security, the legality of the domestic surveillance program set up by the National Security Agency. As many of you probably know, many democrats and organizations like the ACLU have called this program
illegal and unconstitutional. However, programs like this one have been set up to prevent acts of terrorism on American soil. Air Force Gen. Michael Hayden stated recently that if a program like this one had been set up before 9/11, then those attacks probably could have been prevented completely.
Before I continue further, I should probably explain what is actually accruing in the NSA and what kind of surveillance is taking place. If you scan the news articles on online news sites like CNN.com, you will find the words “eavesdropping” and “wiretapping”
everywhere. These articles are referring to the ability of the NSA to listen to and monitor specific types of phone calls. These would be incoming calls from outside the U.S. – international calls. The foreign caller has to be someone who is a known or suspected member of the al-Qaida terrorist network.
To ease the worries of those who are critical of the program: the NSA is not listening to you and your friends making dinner plans. It should also be mentioned that if any calls are recorded that have nothing to do with terrorism or al-Qaida they are destroyed without being reported.
Let me now explain my understanding
of this program’s legality. From what I have gathered, based on the opinion of President Bush, Attorney General Gonzales, and Gen. Michael Hayden, this program is both legal and constitutionally sound. The authority to start this program, including others like it, was given to President Bush by Congress after 9/11. The powers given to President Bush were that of invading Afghanistan and creating counterterrorism agencies and programs.
Attorney General Gonzales also states that the powers given to the president under the constitution, which is to protect the country, also gives the president the power to create
such a program. However, the Foreign Intelligence Surveillance Act of 1978 states that you need a warrant
for any domestic surveillance. Bush did not seek such a warrant. Gonzales says that since these calls are being used to gather foreign intelligence, no warrant is needed.
In my opinion, this program and other programs like it are completely legitimate and are needed to fully protect our nation against terrorist attacks like that of 9/11.

Mike Papincak Michael Papincak is a member of the College Republicans In my opinion, the United States’ national security is in its best and most efficient state. This has to do with the kind of war that we are fighting – one where our enemy is hiding, sneaking in and around our country. The War…