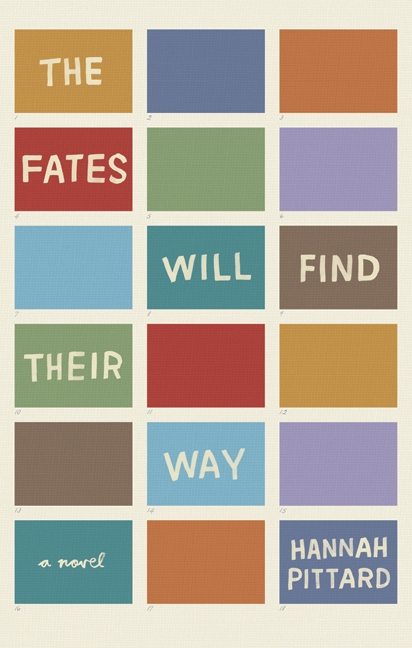 Looking for a comfort read to curl up with after a long day of classes? The Fates Will Find Their Way is probably not the place to start. But if you’re looking for something engrossing, something you won’t be able to put down that has a mystery that will force you to read on, The Fates Will Find Their Way by Hannah Pittard might be worth picking up.

The story is narrated in the first person plural by a group of boys from the same town and follows them as they become men, chronicling their lives from middle school through their forties, as they all follow generally the same path. Yet, there is one major event that affects them all and continues to affect them throughout their adulthood: the mysterious disappearance of a girl in their grade, Nora.

For their close-knit, small town community, Nora’s disappearance is devastating and confusing. Explanations vary: Some say Nora was abducted by a man in a Catalina, others that she got on a bus. There are rumors that she moved to Arizona or that she was murdered. The novel is built on these perhapses. Pittard offers possible explanation after possible explanation until you, too, are as obsessed with Nora’s fate and life as her former classmates.

The narrative switches between fact and speculation without warning. One moment Pittard will be describing the lives of the boys, how they grew up and their eventual jobs and marriages. Then, without switching tone or missing a beat, the story will shift its focus to Nora, describing her life in Arizona or her trip to Mumbai. By this time you, the reader, are so curious as to Nora’s fate and so desperate to find out what really happened to her that these small glimpses into her life are like a breath of fresh air. The book is filled with these fleeting glimpses all followed by phrases such as, “But that may not have happened at all.”

Despite these uncertainties, I found myself reading quickly and impatiently past the bits about the boys just to get more information about Nora. Pittard tries to balance the story with other scandals in the lives of her narrators, but the book, just like the thoughts of the boys, always returns to Nora.

Near the end I realized the most difficult and possibly the most admirable aspect of The Fates Will Find Their Way was that although I didn’t really like any of the narrators and had trouble identifying with any of them, I still couldn’t put the book down. The mystery of Nora’s disappearance and her subsequent life, if she even lived, was so powerful to me, that it overrode any of my other objections or complaints about the book. I didn’t care about anything except finding out what happened to Nora. And it is a testament to the strength of Pittard’s prose that I was able to find something so overwhelmingly concerning amongst a cast of rather unlikeable characters.

I can’t say that The Fates Will Find Their Way is one of my favorite books I’ve read recently, but it definitely has a sort of staying power. It only took me only a few hours to get through, but those hours were some of the most frantic and emotionally charged I’ve experienced in the past few weeks, and that has to tell you something about a book.

Natalie Schermer (Photo courtesy of HarperCollins) Looking for a comfort read to curl up with after a long day of classes? The Fates Will Find Their Way is probably not the place to start. But if you’re looking for something engrossing, something you won’t be able to put down that has a mystery that will…