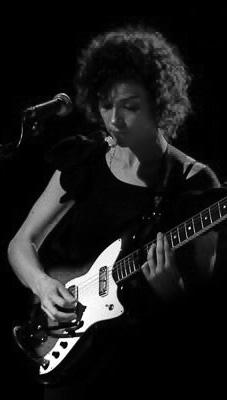 The Feb. 17 performance at the beautiful Turner Hall Ballroom in Milwaukee marked the second time in five months that I have seen St. Vincent. The previous time, when she opened for Andrew Bird at the Pabst Theater, was a once-in-a-lifetime show, one of those nights that I’ll never forget.
Andrew Bird coming out and adding his violin talents to a stripped-down version of “Marry Me” was perhaps the highlight, but the whole night was pretty magical. So going into last week’s show, I was a little restrained, not getting my hopes too high, knowing that it would be nearly impossible to top the October show.
Did she top it? No. But she came pretty close. Whereas last year’s show was merely an opening slot for Mr. Bird, last week’s show belonged to Annie Clark and the rest of her band.
The set list was heavy on songs from her latest release, “Actor,” and the band’s arrangements were even more fine-tuned than they were at the previous show.
St. Vincent has been touring heavily since the release of “Actor,” and it shows, as the songs have become extremely tight in a live setting, and played with the utmost confidence. Songs like “The Strangers” or “Black Rainbow,” already quite impressive on the record, are given a new life on stage, with extended intros and outros, expanding on the ideas presented on “Actor.”
One of my markers for an impressive live performance is how far the band can take a song from its original recorded form while still maintaining the essence that made the song great in the first place, and Clark and the rest of the band showed themselves to be experts in this field.
The older songs that were played, including “Jesus Saves, I Spend” and “Paris is Burning,” from her first album “Marry Me,” were quite amped-up and re-energized, fitting in well with the more fuzzed-out and electric songs from “Actor.”
The band closed off the night with a nine-minute version of “Your Lips Are Red,” including an inspired noise freak-out in the middle of the song that drew a huge reaction from the Milwaukee crowd.
Wednesday’s show at Turner Hall was not sold out, probably due to the frequency of her Milwaukee stops over the past couple of years, but soon enough I will not be surprised to see St. Vincent headlining bigger places like the Pabst Theater, where she has so far only been an opening act.
The band’s live set continues to evolve and grow, and we can only hope that somewhere along the line the band finds time to take a break, allowing Clark to craft another studio masterpiece. 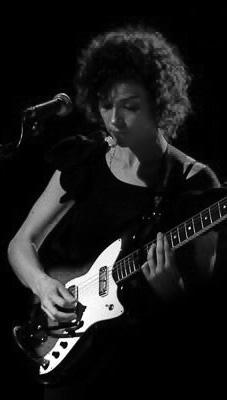