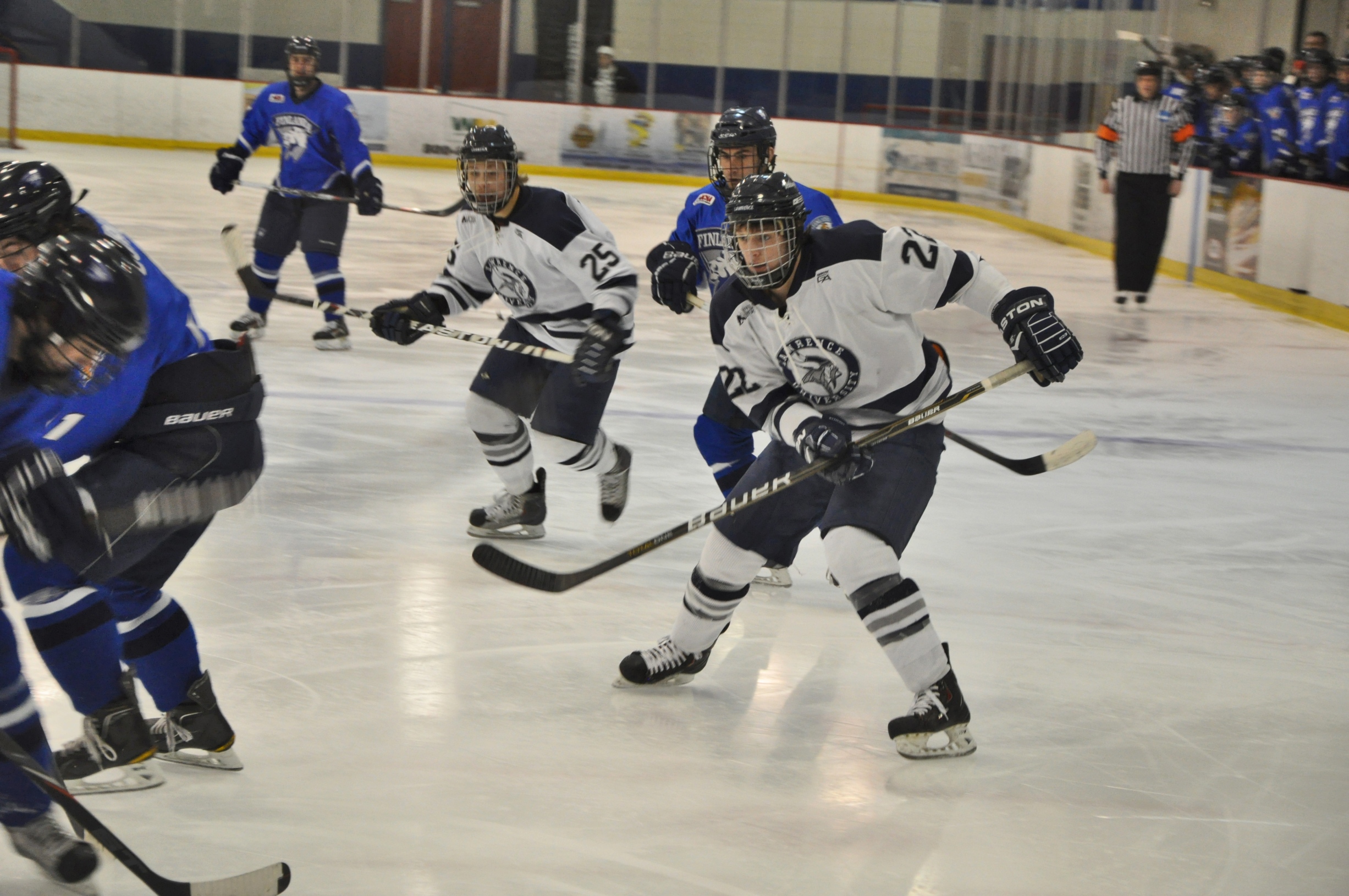 The Lawrence University hockey team earned home-ice advantage in the first round of this weekend’s MCHA tournament with a victory over Finlandia last weekend. The Vikings needed to win one of their two games over Finlandia, and they wasted no time doing so, recording a 7-5 victory in the opening game of their two-game series.

Both offenses showed off their firepower in the first game of the doubleheader. The two teams combined for 12 goals and 77 shots. The game see-sawed back and forth, with the Vikings jumping out to an early 2-0 lead behind goals from Jonathan Bellotti and Jameson Raymond. The Lions answered back with two goals of their own to tie the game 2-2 after the first period.

The Vikings then pushed their lead back to two goals with scores coming from Josh DeSmit and Nate Scurfield. The Lions, however, were able to counter with another pair of goals to retie the game 4-4 after the second period.

Finlandia then took the lead on a power-play goal five minutes into the period. The Vikings fought back to tie the game on a Corey Garrett goal, and eventually took the lead on the game-winner by Jon Sheridan. Sam Johnson added an empty-net goal to seal the victory and home-ice advantage for Lawrence.

The offenses were back at it again in the second leg of the doubleheader, but this time the Lions were able to find the back of the net more often. The Vikings battled strong against Finlandia, even with several backups playing significant minutes. Lawrence (12-12-1, 10-10-0 MCHA) led 3-2 after Huck Saunders scored at the nine-minute mark of the second period, but his goal was followed by three straight second-period goals by the Lions to put the game out of reach.

Finlandia (3-21-0, 3-17-0 MCHA) added another goal early in the third period, but despite outshooting the Lions 47-26, Lawrence could never recover. Despite holding a 21-4 shot advantage in the third period alone, the Vikings couldn’t find the goal, and Finlandia finished its season with a 6-3 victory.

The Vikings will face Northland College in the first round of the playoffs, held this Friday and Saturday at the Appleton Ice Center. The winner of the series advances to the MCHA Harris Cup Final Four, which will be played March 5-6 in Adrian, Mich.

Jon Mays (courtesy of Anna Shea ) The Lawrence University hockey team earned home-ice advantage in the first round of this weekend’s MCHA tournament with a victory over Finlandia last weekend. The Vikings needed to win one of their two games over Finlandia, and they wasted no time doing so, recording a 7-5 victory in…