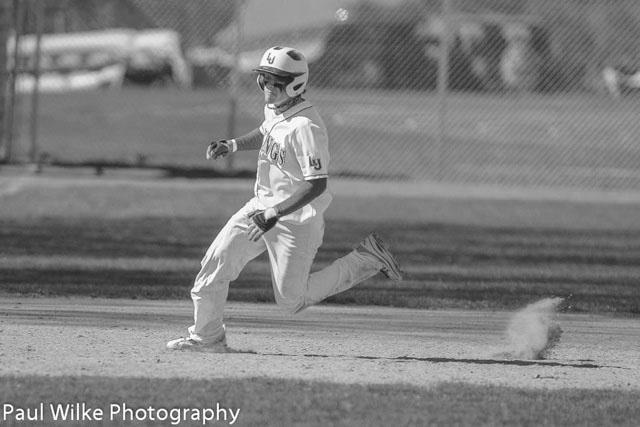 Three: the number of games the Lawrence University baseball team won last season. Multiply that by 10, and that’s the number of losses the team had last year. Fueled mainly by a .306 team batting average through 22 games, the Vikings have already more than tripled their win total from last season with a record of 10-12.

Most notably, the guys have gone 2-2 in MWC region matchups, splitting a doubleheader at Ripon College. In fact, the Vikings weren’t far away from sweeping the matchup against the two-year defending Midwestern Conference champions until the game unraveled in the late innings. While they narrowly missed the sweep, the Viking’s big win against Ripon propelled the team to six wins this week, including two at home against MSOE and four against Finlandia University in Hancock, Mich.

Over the past six games, the team has been on an offensive roll averaging eight runs and 11 hits per contest. Playing huge roles in the team’s newfound success are Gabe Henriques, a junior infielder, and Atley Gay, a freshman pitcher. Both were awarded the MWC pitcher and player of the week, respectively.

On the pitching side, Gay went the distance in the 11-1 win against Finlandia, allowing only two hits while striking out four. Showing some versatility, he also picked up the save by pitching the last inning against MSOE on Wednesday, April 11. He compiled a 1.12 ERA over eight innings.

While these two standouts certainly have helped the Vikings win six straight games, it has been a team effort. To date, five Vikings are hitting with a .300 average or higher with at least 60 at-bats, while six more players have collected at least ten runs-batted-in.

In the next week the team will host Beloit and St. Norbert’s college looking to build on one of the best weeks of LU baseball in recent memory. Maybe the guys needed a rebuilding year for some key players to mature and to grow into themselves a little, or maybe they needed some fresh faces from the incoming 2015 class. So far, they have gotten a little bit of both and look to keep building on what has to be seen as a successful season so far.