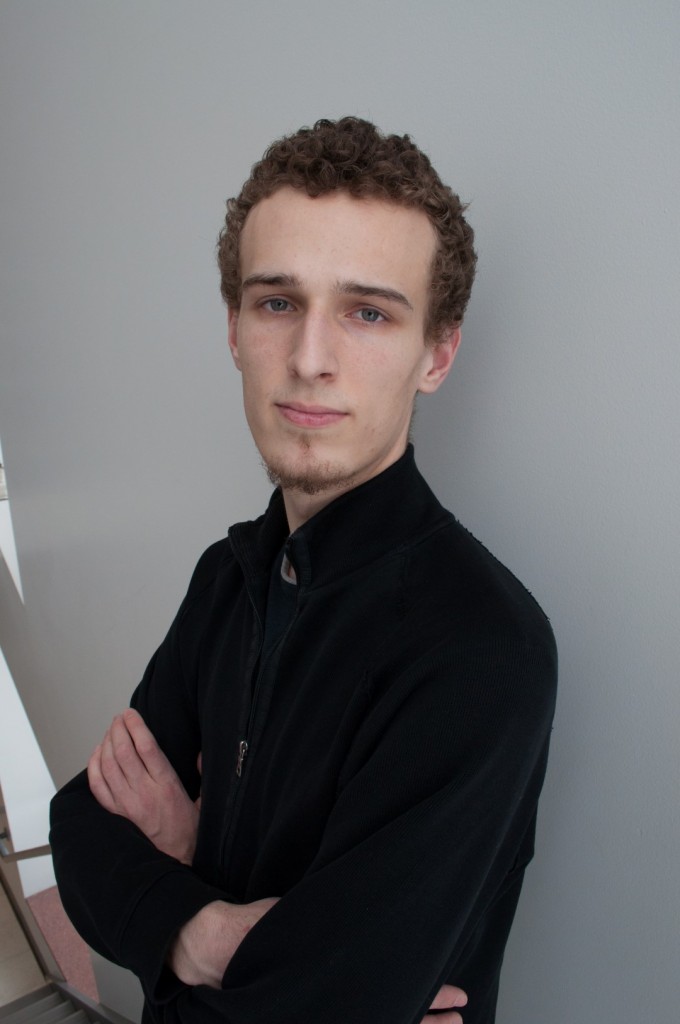 Recent technological advancements have profoundly altered the shape of music. It is difficult nowadays to find a song without some digital touch, from basic editing to intense synthesizing. An extremely versatile new instrument has arisen, for better or for worse: the computer. From the late 60s on, artists and bands like Brian Eno, Kraftwerk and the Yellow Magic Orchestra have popularized electronic music, and its capabilities can only progress further from here.

Fifth year student Daniel J. Miller has embraced this wonderful new way to mix sounds. Although a violinist, he has been increasingly drawn to his laptop for live performances.

“I like how the electronic element exposes the audience and the musicians to sounds not typically heard in the concert hall environment,” said Miller, “and to timbres and gestures that are too loud or sustained for any acoustic instrument to emulate.”

For several years before Lawrence, Miller participated in a Seattle Symphony workshop for young composers. These experiences hooked him on the adrenaline rush of hearing those symbols sketched onto paper transform into sound.

For Miller’s freshman year, Professor Asha Srinivasan had just been hired, in part to jumpstart the electronic music program. This opened up a plethora of electronic music classes, which he went through in his first two years here. As a junior he studied advanced topics in electronic music at the Conservatorium van Amsterdam in the Netherlands. Needless to say, the art form captured him.

“Basically, I just really love sound,” Miller continued. “I’m interested in using electronic music to bring a sound world inspired by nature into the concert hall. I try to place the listener in the mental state that they might experience when contemplating some vast natural landscape. It’s an enormous challenge that I have only just begun to confront.”

In addition to his music composition major, he is pursuing a philosophy minor. Some might think this dichotomous, but Miller defends his interests: “I believe philosophy helps one cultivate the capacity to question artistic dogma. Learning to think more logically and critically has also helped me program better.”

After graduation, Miller hopes to pursue a master’s degree in music technology and a Ph.D. in music composition. He is in no hurry to enter graduate school, though. For the next few years, he plans to teach English overseas.

Beyond music, Miller is a hardcore world news and politics junky. He very closely follows the BBC, Al Jazeera and AP, rarely going to sleep without getting the top stories on his iPod.

As a fifth year, Miller had some advice to offer younger students: “Don’t treat Lawrence like a trade school. There are few, if any majors that lead to a straightforward career path here. That’s not the point of a liberal arts education. A liberal arts education is about developing your own strong and unique character and intellect.”

Miller is committed to turning sounds like calving glaciers, steel pins in a glass bottle and meadowlarks into gorgeous music, which will be showcased in his recital. He expressed deep gratitude for the nine musicians, the electronic music assistant and at least five faculty members who have attended dozens of rehearsals in order to prepare this music. Don’t miss his recital on Saturday, Mar. 2, at 11:00 a.m. in Harper Hall!