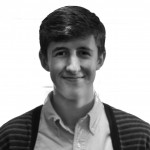 On March 26, Jack Dalrymple, the Republican governor of North Dakota, signed into law HB 1456, the most extreme anti-abortion legislation to be enacted since the U.S. Supreme Court’s Roe v. Wade (1973) decision.

The law prohibits abortions “if the unborn child the pregnant woman is carrying has a detectable heartbeat,” which a transvaginal ultrasound can detect around the sixth week of pregnancy.

When the law goes into effect on August 1, the procedure will become a class C felony, ensuring that women will be subjected to unreasonable searches—see the Fourth Amendment of the Constitution—in order to receive an abortion.

However, the 7-2 majority opinion in Roe v. Wade states that the 14th Amendment protects a woman’s right to privacy, and therefore her right to receive an abortion within the first two trimesters.

The decision also ruled “the word ‘person,’ as used in the 14th Amendment, does not include the unborn.”

I could use this article to briefly investigate the morality or immorality of HB 1456 and Roe v. Wade, but would surely fail to reach any worthwhile conclusion.

I could merely prove the law’s unconstitutionality, and demand that it be struck down—which even Gov. Dalrymple admitted is possible.  But I’d rather spend this article proving that the law is absolutely nuts—something that is definitely possible.

Specifically, the Ableman v. Booth (1859) and Cooper v. Aaron (1958) reinforced the supremacy of the Supreme Court over the states. The two unanimous decisions ruled that state courts cannot rule in contradiction with the Supreme Court and that the states are bound by the Court’s decisions, respectively.

Because the Supreme Court interprets the Constitution, for an individual state to nullify their interpretations would be blatantly unconstitutional.

With the passage and signing of HB 1456, with its obvious rejections of the Supreme Court’s interpretations, Gov. Dalrymple and his legislature demonstrated a disturbingly unconstitutional mindset.

If those politicians truly believe the nullification of Supreme Court decisions to within their constitutional powers, what other legislative atrocities could they commit?

They could prohibit the sale of contraception, in spite of Griswold v. Connecticut (1965) and Eisenstadt v. Baird (1972).

Of course, they would have to skip over Jesus saying, “Give back to Caesar what is Caesar’s and to God what is God’s” to get to the naughty verses. I unfortunately will not mention the similar leap required by Biblical arguments against Roe v. Wade, for the purposes of brevity.