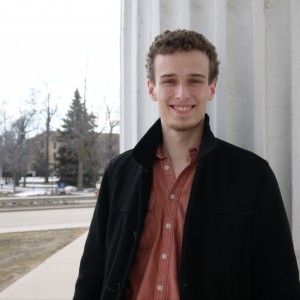 Senior Daniel Miller received the Watson Fellowship of $25,000 to pursue his passion of “Experiencing Nature through Computer Music” on an international level. Beginning in August of this year, Miller will go abroad for an entire year solely to study this interest.

Miller’s proposal was selected from 148 finalists from 40 universities involved with the Rhode Island-based Thomas J. Watson Foundation for a wanderjahr of independent travel and exploration outside the United States on a topic of the student’s choosing.

Miller chose the countries of Japan, Australia, Ecuador and Iceland for a variety of environments he wanted to visit that  also offered computer music that he could thoroughly study. As for how Miller feels about getting the Watson, he said, “I’m still in shock. It hasn’t really sunk in yet […] I’m really excited.  It’s going to be fantastic, I think.”

As a Watson Fellow, Miller’s only two rules will be to stay abroad for the entire year and keep the experience completely immersive. This means having no official dissertation or physical outcome by the end of the trip.

Dean of the Conservatory Brian Pertl, who also serves as the Watson’s liaison for Lawrence University, spoke of how these rules set apart the Watson from other fellowships. Pertl said, “He [Miller] is going to go off and study his passion but in ways that most Fellowships would never allow him to do, which is to go to multiple countries, and instead of a real formal research approach, he’s going to be able to hang with other electronic music composers and see how nature impacts their compositions.”

Pertl received the Watson himself in 1986 and said this of his own experience: “A year of study and that was it—it sort of became my life.” He emphasized how much the year would mean for Miller, saying the Watson experience “definitely has a lot of influence on what comes next.” Pertl worked very closely with Miller throughout the application process and said he was “really excited for Dan.”

This application process consists of three rounds and multiple revisions of an initial proposal. Miller said he found the process “very time-consuming” and offered the advice to start sooner than he did to future applicants. Miller also quoted his composition professor, Asha Srinivasan, in saying: “The bigger the opportunity, the more time in applying, but if you want that opportunity, you need to spend some time thinking about.” Pertl agreed with this saying, “It’s sort of a long and grueling process and very introspective because you’re always asking yourself ‘What’s my passion?’”

Pertl also stressed that the Watson is for anybody to do anything, and that they are looking for somebody who can demonstrate their passion and that has the ability to adapt and overcome obstacles. Pertl asks Watson applicants: “What are you so intensely passionate about that’s going to drive you for a year of study without any syllabus […] through illness and rainy, yucky days and loneliness. What are you so passionate about that every morning wyou’ll get up and go after it?”

Later this term, there will be an information session on the Watson Fellowship for those who are interested in applying.