Choir and Orchestra come together for an evening of music 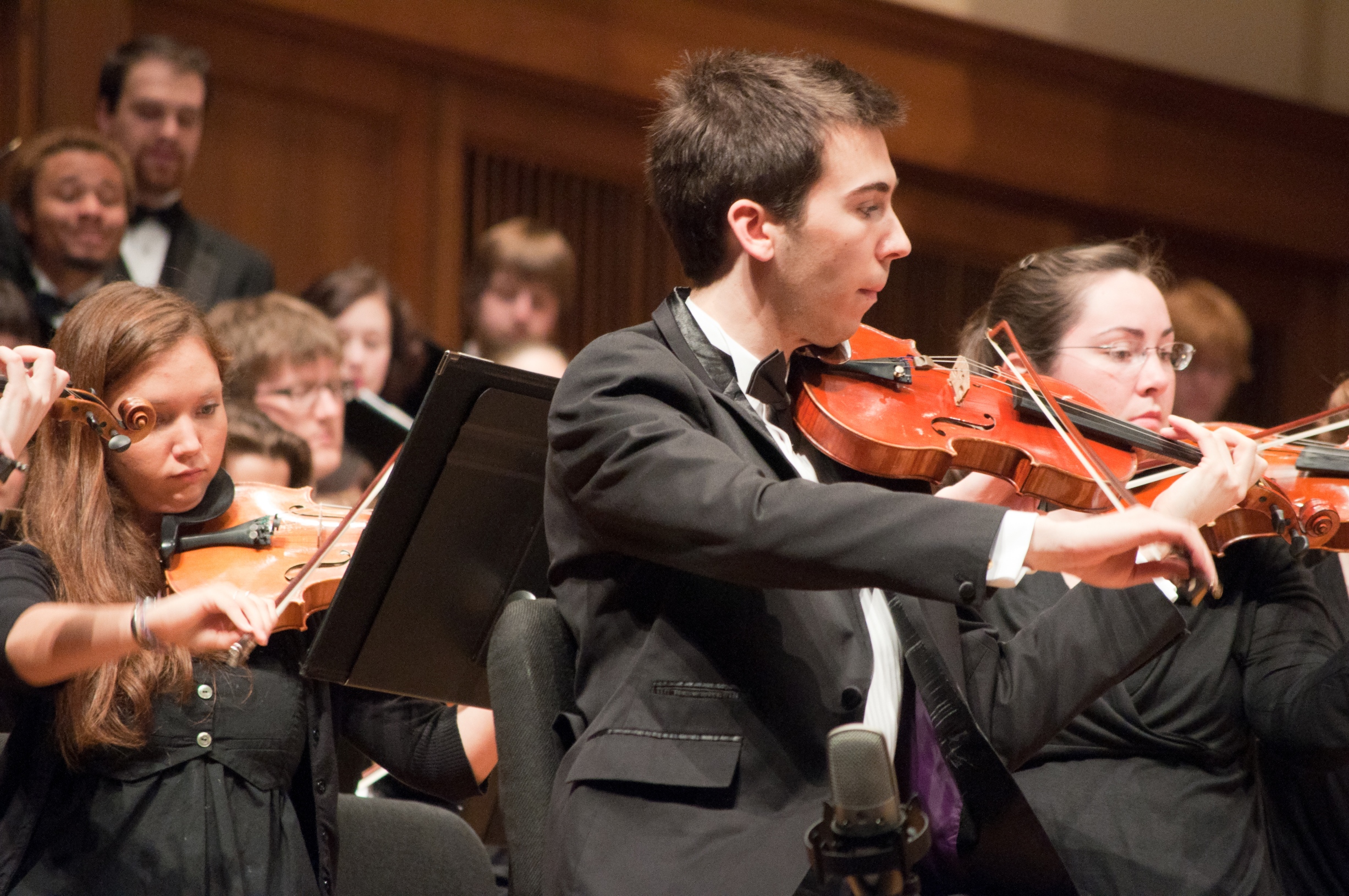 The Lawrence Symphony Orchestra and all three Lawrence choirs gave a joint concert in the Lawrence Memorial Chapel last Friday, April 15. The evening started well, with the upper balcony packed to the brim with a combination of students supporting their peers and parents who had come to see their children. The program consisted of three very different pieces, the first and last of which were performed by all the participating ensembles and the second of which featured the orchestra and Cantala, as well as soprano and Professor of Music Patrice Michaels.

The concert began with William Walton’s coronation “Te Deum,” sung by all three choirs and accompanied by the orchestra. Originally composed for the coronation of Queen Elizabeth II, the opening was thus appropriately regal and started the night off right, reducing the crowd to silent admiration. This effect was enhanced by the sheer number of performers. The LSO was as tightly packed as possible and Cantala and Concert Choir looked a bit sardine-like in the risers behind. To top it all off, members of Viking Chorale populated the sections of the balcony nearest to the stage on either side, bringing the audience closer to the music as well as expanding the much-needed performance space. The result was a powerful, entrancing sound that filled the entire building and captivated the audience.

After the majestic force of the first number, the eerie trills of “The River Merchant’s Wife: A Letter” came as something of a surprise. Recently composed by Laurie Altman, this performance was the piece’s world premiere and a fitting end to his residency here at Lawrence. Based on a poem translated by Ezra Pound from the original Chinese, “The River Merchant’s Wife” tells the story of a wife’s love for her husband and her desire to know when he will return.

The piece was characterized by sudden notes and lingering voices, both those of Michaels and those of Cantala, which seemed suitable given the poem’s subject. After the sweeping power of the “Te Deum,” “The River Merchant’s Wife” presented a little more of a challenge to interpret and, for me at least, wasn’t quite as accessible. The music itself was fascinating and blended beautifully with the voices of Michaels and Cantala, but it seemed a bit like a non-sequitur when taken in the context of the show.

The last piece, Beethoven’s “Mass in C Major,” had a similar reverential feel to the first and thus presented a sort of bookend to the performance. This one featured various soloists from Concert Choir and Cantala, which only added to the impressiveness. The stage was again fully packed with Viking Chorale and Concert Choir while Cantala waited in the balcony until they too joined for the final movement. The soloists guided the piece well and the orchestra played wonderfully, whether quietly accompanying the singers or playing full-out. The music struck a delicate balance between highlighting the skill of the choirs and showcasing the immense talent of the LSO.

However unconnected the program may have felt at times, the concert was excellent overall and the orchestra and choirs should be congratulated on an impressive performance.