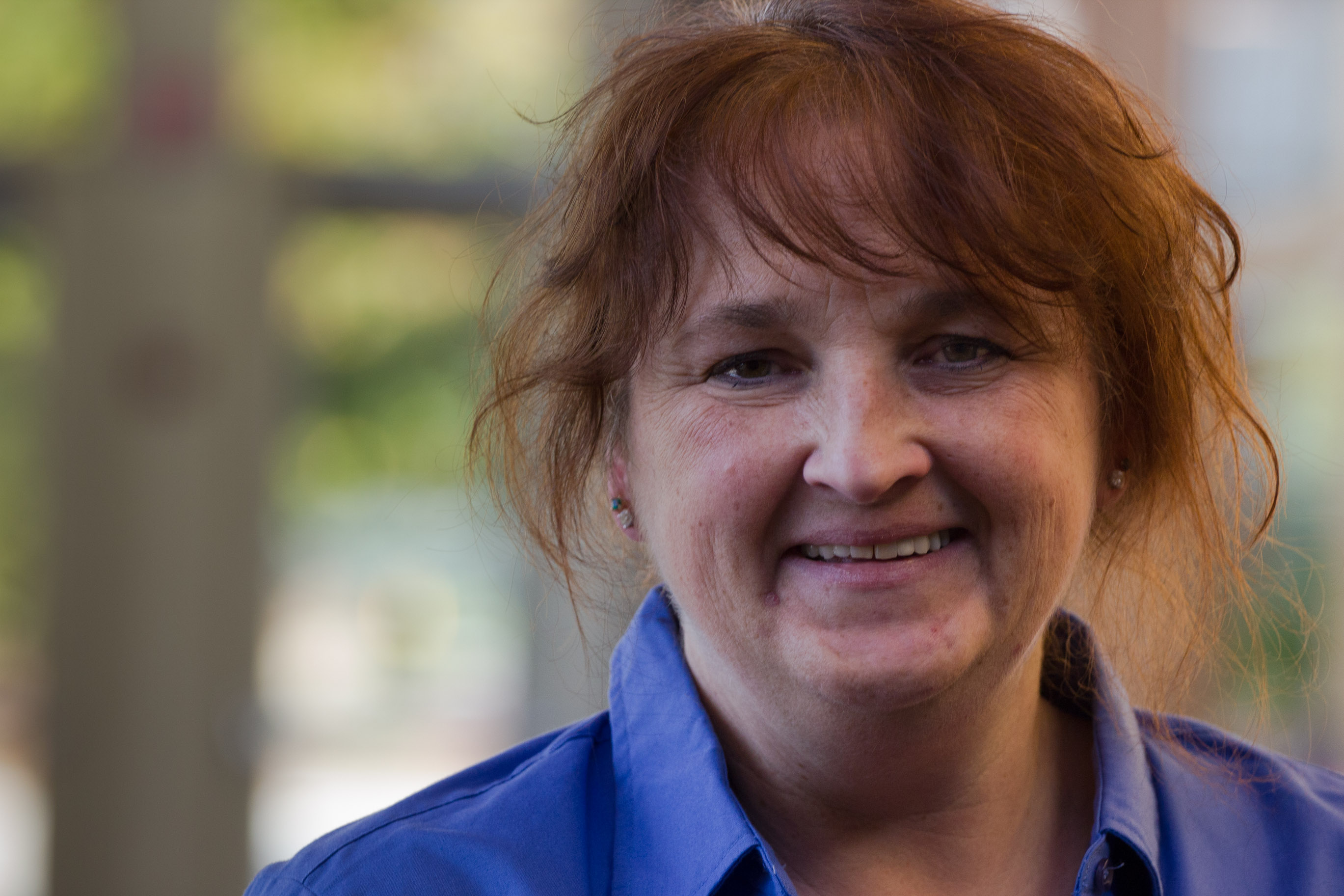 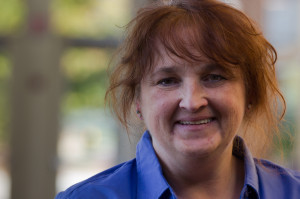 Lead Custodian of the Warch Campus Center, Ann Parmentier, has her hands full. She is in charge of taking care of and maintaining the cleanliness of the massive communal living room of campus, which receives some of the worst wear and tear of any building on campus. Still, Parmentier is recognizable for her infectious positivity, friendliness and caring nature toward students.

Parmentier, a Rhinelander native who started working at Lawrence in 2008, has a mostly positive review of Lawrentians.

When asked about her favorite part of her job, Parmentier answered, “The students. They’re so optimistic and so positive.” Parmentier often gets to chat with students while making her way around the campus center. “I get to hear their opinions on local events and such,” said Parmentier.

Along with her usual duties taking care of the campus center, Parmentier also takes on the role of student. Part of the benefits of staff is the ability to take one course per term for free. This term, Parmentier is taking the infamous cornerstone to a Lawrence education, Freshman Studies, which has presented some difficulties.

“It’s been challenging,” said Parmentier. “Especially because each professor here has their own style, their own thing that they deem important. Figuring out how to be in sync with them is always a challenge.”

Virginia Woolf’s “A Room of One’s Own” has been Parmentier’s favorite work to study thus far, stating, “There was a lot in there that I could relate to. The main idea she really wanted to put out there is that women didn’t always have the same opportunities and weren’t allowed to [have] the same kind of experiences that men did.”

The work was especially interesting because Parmentier has travelled to London, England and seen some of the sights that Woolf must have seen. She has also travelled to Paris and Brussels.

When I asked where she might like to visit next, Parmentier answered, “I’d like to go to Italy. There’s so much about the Italian culture that I like and it has to be my favorite cuisine. They have pasta.”

Though perhaps not as exotic as Verona or Florence, the Pusey Room is her favorite destination in the campus center. “[It] has a great view. There’s a fireplace. We turn it on for you guys, just ask at the front desk.”

When asked about the biggest difficulty of her work, she answered, “Just [people] being inconsiderate. Just dropping their stuff or moving things [and not putting them back],” she added “Putting [their] hands on glass. Glass is to look through, not to touch.”

New to Parmentier’s duties is leading the staff communication meetings, which she described as “a way to try and get the staff to interact with each other more and help gel the community.”

It hasn’t all been easy. “The first meeting I called President Burstein President Burnstein,” she admitted, but everything seems to have been smooth sailing from there.

While Parmentier was nervous about leading the meeting, she was confident with the outcome.

“Today, I got to hold the meeting, which was a first for me which was a little nerve-wracking, but everything went well,” said Parmentier.

While juggling work, being a student and leading meetings, Parmentier is sure to leave time for leisure. She explained that she enjoys “Snowshoeing in winter, swimming during summer and making fires out on the deck.” She has also been known to share her baking expertise with some students.

“For the most part, Lawrence students are really fantastic. They’re very intelligent. Taking class with you guys, there’s hope for the future. The next President is going to come from Lawrence.”