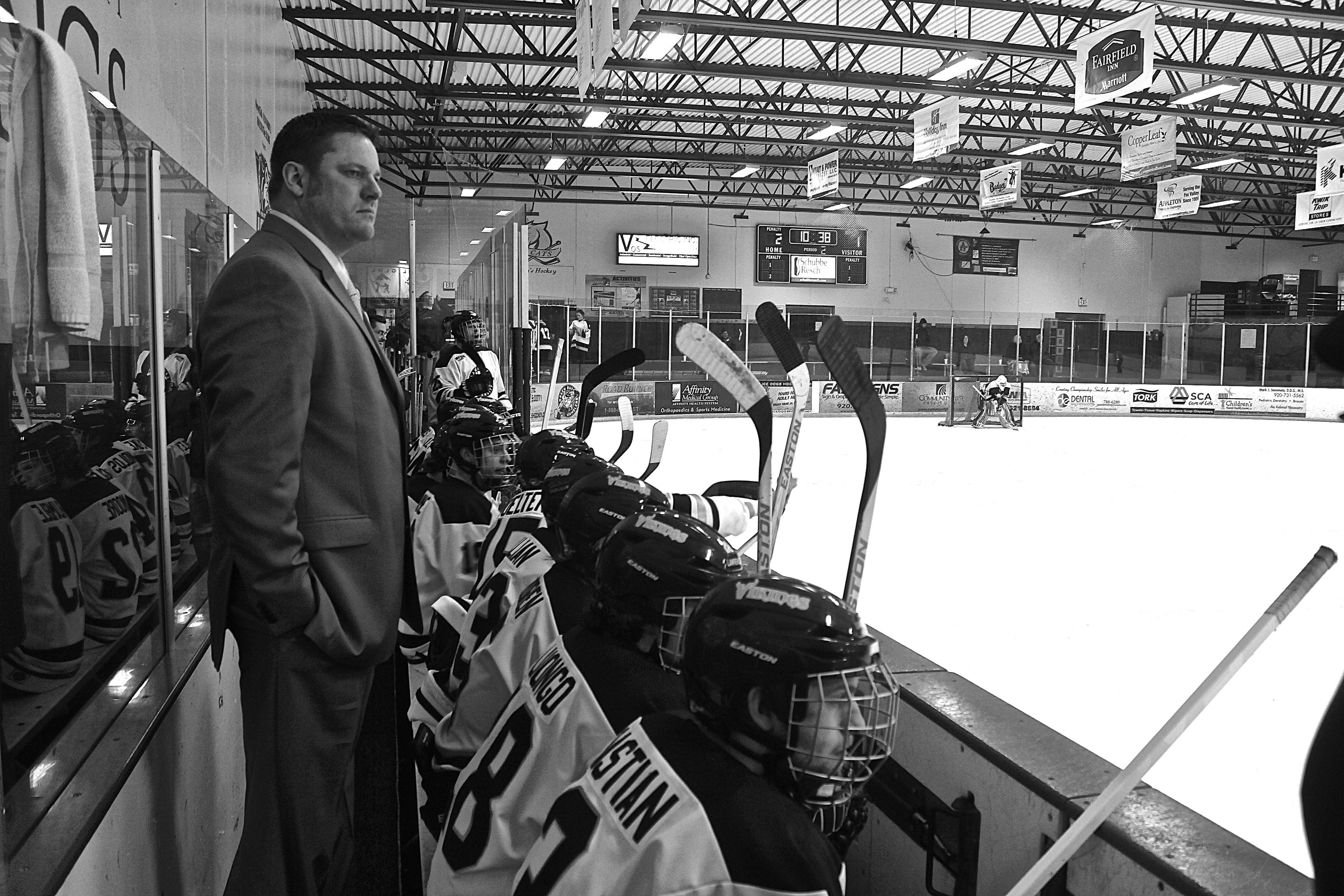 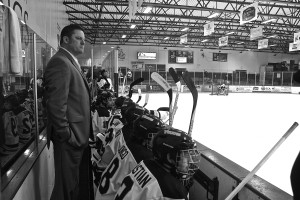 The Lawrence University hockey team (5-13, 4-8 NCHA) broke free of their long losing streak at last, splitting last weekend’s series with the College of St. Scholastica (10-5-4, 7-2-3 NCHA). The Vikings struggled in the first game and fell 4-1, but came back hard the next day to defeat the Saints 3-2 in a fast-paced, exciting game.

The Saints came to the Appleton Family Ice Center on Friday, Jan. 24 and challenged Lawrence in a competition that was physical from the start. Scholastica scored in the first four minutes on an early power play, but the Vikings held them the rest of the period.

Down 1-0 after the first intermission, Lawrence was quicker to the puck the second period and kept the Saints on their toes. A game misconduct and checking from behind call at 11:01 put Lawrence on the power play for five minutes, and Scholastica’s goaltender made several strong saves as the Vikings fought to use their long advantage to even the score up. With a minute remaining in the power play, another penalty gave the Vikings a two-man advantage that they quickly capitalized on. Senior Huck Saunders scored off assists from freshman Blake Roubos and sophomore Brandon Boelter to even the score at 1-1.

The third period was more difficult for the Vikings. The Saints scored nine minutes in and again with two minutes remaining. Down 3-1, Lawrence made the decision to pull freshman Mattias Soderqvist from the goal with a minute and a half left. Scholastica scored an empty net goal almost immediately, which brought the final score to 4-1.

The teams reconvened the following afternoon, again at the Appleton Family Ice Center. Scholastica scored the first power play goal of the game at 12:34, and the ensuing brawl at the Saints’ goal resulted in five penalties. Just over two minutes before the end of the period, Roubos and sophomore Steve Hughes assisted Saunders in leveling the score. The Vikings worked to outskate Scholastica in the second period and at 7:22, freshman Sean Reynolds scored his first collegiate goal for the Vikings to pull ahead 2-1. Sophomore Renato Engler and senior Paul Zuke were credited with assists.

Five minutes later, Saunders sent in the game-winning shot, off assists from junior Kevin Killian and freshman Ryan Robertson. The action didn’t stop there. Junior Erik Soderlund was sent off the ice for unsportsmanlike conduct with seven minutes remaining in the second period, and the Saints scored on the subsequent power play to cut the Lawrence lead to 3-2. Although the third period saw no scoring, both teams kept up intensity and gave the crowd an electrifying game to watch.

This weekend, the Vikings face Lake Forest College (10-8-1, 7-5 NCHA), a team that has won its last four games and is currently ranked fourth in the conference. The Foresters arrive in Appleton on Friday, Jan. 31, and will host the Vikings in Illinois on Saturday, Feb. 1.