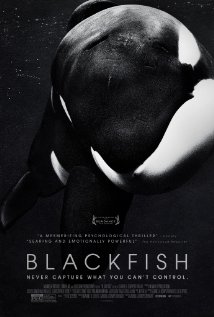 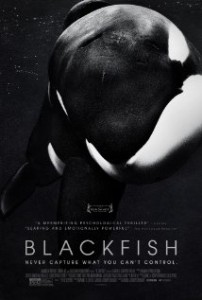 If the doldrums of wintry weather aren’t getting you down and you want a little melancholy movie time to keep you from your obligations, look no further than Gabriela Cowperthwaite’s documentary “Blackfish.”

This film explores the practices of SeaWorld, a beloved theme park and supposed educational resource in Orlando, Fla. This park claims to play a crucial role in animal conservation and research to further our knowledge of whales and other such marine mammals.

The emblematic animal of SeaWorld is the Orcinus orca, known more commonly—and chillingly—as the killer whale. These multi-ton creatures appear docile, appeal to our love of the exotic aquatic and serve as a beautiful mascot for the reportedly $2.5 billion company.

The documentary methodically questions SeaWorld. How safe is it to confine these enormous creatures? And even if the practice is safe, is it humane?

Interviews with former trainers, witnesses of attacks and family members of victims would suggest that captivity of these animals is dangerous and that the enterprise is inhumane. The opinions shared by those who have firsthand experience with SeaWorld’s questionable practices were candid and, at times, shocking.

Certain horrific incidents in recent years, including the untimely death of SeaWorld trainer Dawn Brancheau, revealed the sinister side of this cherished American attraction and brought SeaWorld’s shady dealings to the forefront.

On Wednesday, Feb. 24, 2010, Brancheau was attacked during a routine water show by a whale named Tilikum who, it was later revealed, is a repeat offender. History of his attacks on trainers goes back as far as 1991, including fatal ones. Despite the striking examples of this animal’s dangerous behavior, the documentary explores and explains this alarming whale behavior from a fairly humanistic standpoint.

Certain speakers in the documentary liken the whales’ enclosures to bathtubs and ask viewers whether or not they believe they would go crazy after years of captivity in such tiny quarters. Biologists examine MRIs of killer whale brains and discover evidence that suggests that these animals have an emotional system as complex as that of humans.

If these views of killer whale psychology have any validity, then the entire process through which SeaWorld’s whales suffer could readily be compared to kidnapping, imprisonment and torture. Scientists and former trainers alike both attest to a sort of depression and psychosis among the whales as a result of restrictive enclosures, intensive training schedules and years of captivity spent with other hopeless whales.

The film also features excerpts from courtroom dealings wherein legal teams question SeaWorld representatives. The transcripts from these affairs demonstrate the shrewd wordplay employed in order to shirk responsibility for the wellbeing of not only the whales, but also the trainers who risk their lives in order to work for this corporation.

All in all, this documentary is deeply saddening, but encourages its audience to seek truth, acknowledge the damage done to these animals and find means to remedy the loss.

“Blackfish” premiered at the Sundance Film Festival on Saturday, Jan. 19, 2013. The film has been heralded as a passionate, unapologetic tell-all that will change the way we look at animal performance and the actions of those in charge of preserving the reputation of such financial powerhouses.

In fact, because of this documentary, several famous artists—including Willie Nelson, Martina McBride and Barenaked Ladies, to name a few—have cancelled their concerts at SeaWorld. This film’s poignant message has managed to profoundly affect and educate viewers and stay relevant.

“Blackfish” is available to watch instantly on Netflix, so you really don’t have much of an excuse to delay your heartbreaking, life-changing viewing of this cinematic revelation. If you need more convincing, Rotten Tomatoes gave it a 98 percent, so even though it’s been summarized as a “feel-bad movie,” readers can trust its quality. Homework can wait. And a word to the wise—have some Kleenex at the ready.

If the doldrums of wintry weather aren’t getting you down and you want a little melancholy movie time to keep you from your obligations, look no further than Gabriela Cowperthwaite’s documentary “Blackfish.” This film explores the practices of SeaWorld, a beloved theme park and supposed educational resource in Orlando, Fla. This park claims to play…