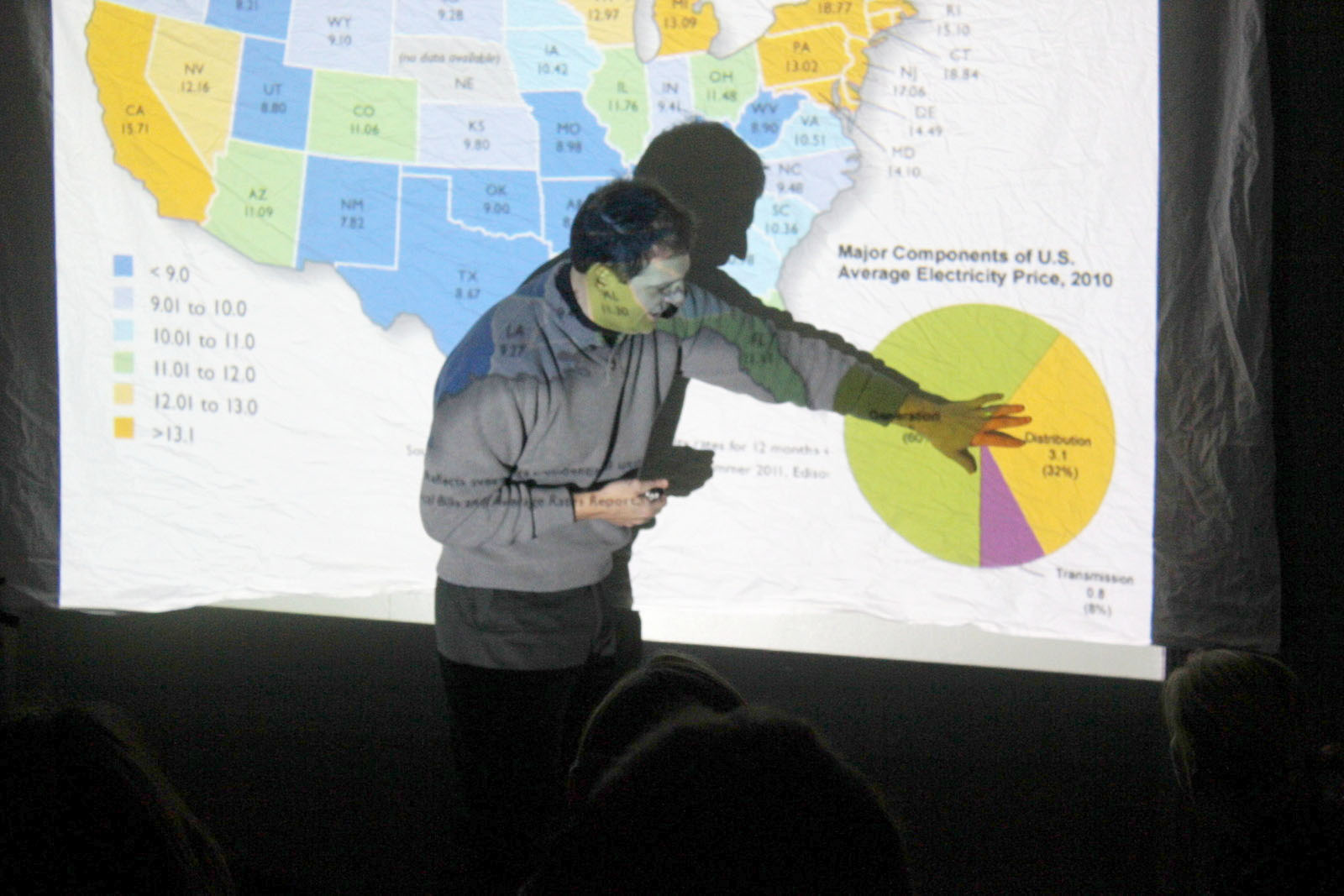 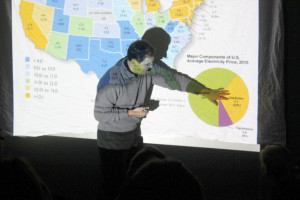 Gerard’s presentation, titled “Is it Warm in Here? The World’s Great Carbon Belch and Why It’s Probably Going to Get Worse,” consisted of topics such as electricity generation, the commercial viability of carbon capture and sequestration (CCS), the fossil boom, and possible responses to the increasing emission of carbon dioxide.

Greenfire presidents, seniors Catie DeMets and Inanna Craig-Morse, proposed the theme of the series to be “accessible—but impactful—ways for students to engage in environmental issues” and are organizing the succession of presenters.

“We wanted it to be a variety […] we wanted the theme to be how it could apply to students, how we could feel hopeful about environmental issues,” said Craig-Morse.

She continued, “We’re trying to make this year as incorporative of the larger campus as possible. I think that there’s something about environmentalism that would interest everyone or apply to them in some way.”

Gerard spoke on a topic that’s particularly relevant to everyone: Our increase in carbon emission and the issues it’s causing. Gerard explained the detrimental effects of excess carbon dioxide: “We keep emitting carbon, concentrations keep going up and so temperatures keep going up.” Additionally he said that, in order to stabilize the system, “we basically need to emit 75 percent less than we’re emitting now.”

Gerard illustrated how the rise in natural gas usage instead of coal is one step forward, in that natural gas emits about half as much carbon as coal does. As for other possible solutions for escalating carbon dioxide emissions, He spent much of the presentation promoting CCS as “the critical enabling technology that would reduce emissions,” and supporting a carbon tax.

As cited by Gerard, 98 percent of experts agree that taxing carbon would “make conservation a lot more attractive” and greatly reduce damage to the environment. However, Gerard also stated that, politically, a tax on carbon is not very likely to happen as long as the public is unsupportive of the idea. Gerard asserted, “We need leadership. We need someone to stand up.”

On the presentation, junior Alex Babbitt said, “It was nice to get an official stance on energy policy and getting a sense of where we are politically on what kind of energy we are going to be geared towards in the future.”

Babbitt continued, “It kind of cleared up a lot of my misconceptions on renewable sources of energy, the practicality of it, and he did a very good job in explaining that you don’t know what the influences of the market are going to be like for energy in the future.”

Craig-Morse expressed Greenfire’s hope to continue the series throughout the remainder of the academic year: “We’re hoping that it will be an ongoing thing for the rest of the year and will result in somewhat of a culmination to Earth Week, when we’ll be bringing in bigger speakers and more events.”

One of the upcoming presenters will be Lawrence alumna Hava Blair ‘13 as part of a discussion panel in the next month.