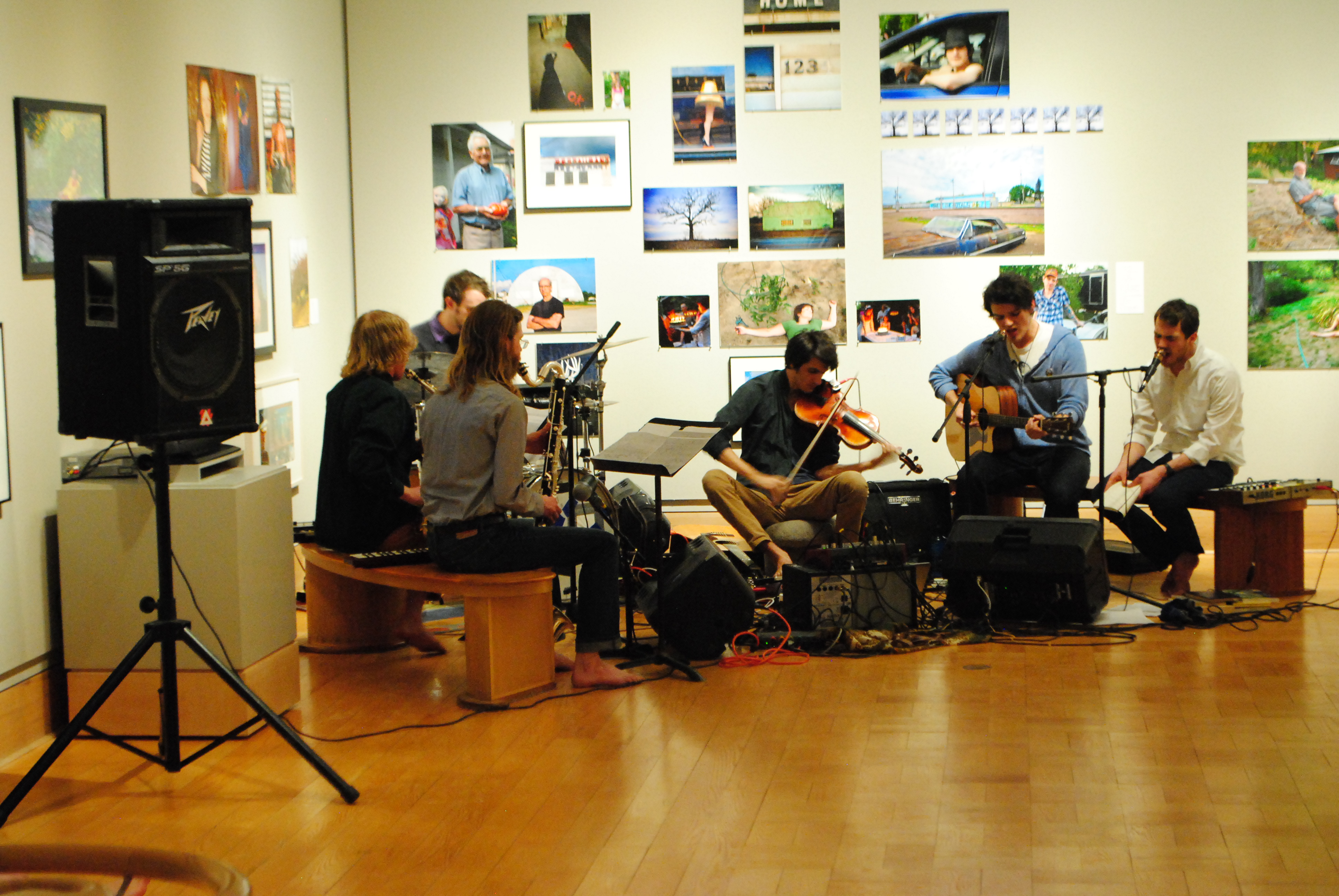 On Friday, Feb. 28, a group of students came together to create Bellows of Sound, a visual and musical performance event. It consisted of a variety of instrumentalists and dancers utilizing a combination of choreography, music-reading and improvisation to create their moving performance.

The performance was held in the Wriston Art Galleries. Holding the concert in this location easily set the mood for the improvisation performance. Artistic photographs taken by Lawrence students surrounded the performers. The room was stocked full with artistic expression even before the musicians and dancers entered.

Throughout the night, a variety of combinations of dancers and instruments filled the room. Often singing was involved; at other times, a rhythmic type of speech filled the air.

While pieces of both the dance and the music aspects were improvised, everything was connected to one another. All of the performers created their own performances based off of the movements and sounds made by the others.

The dance performers were all involved in Rebecca Salzer’s dance improvisation class taking place this term. While the dancers portrayed techniques they had learned in this class throughout the performance, each dancer clearly had his or her own interpretation of the music to which they were dancing.

Throughout the night, different dancers performed alone and with only one other person, and other times the entire group danced together. In one piece, two of the dancers had total control of the other two’s movements. One of them approached the situation in a playful manner similar to a child, while the other’s performance came across as much more of an exploration.

Overall, the performance was incredibly emotional and moving. The performers were clearly in touch with their own emotions and were experienced in the art of portraying these feelings to the outside audience.