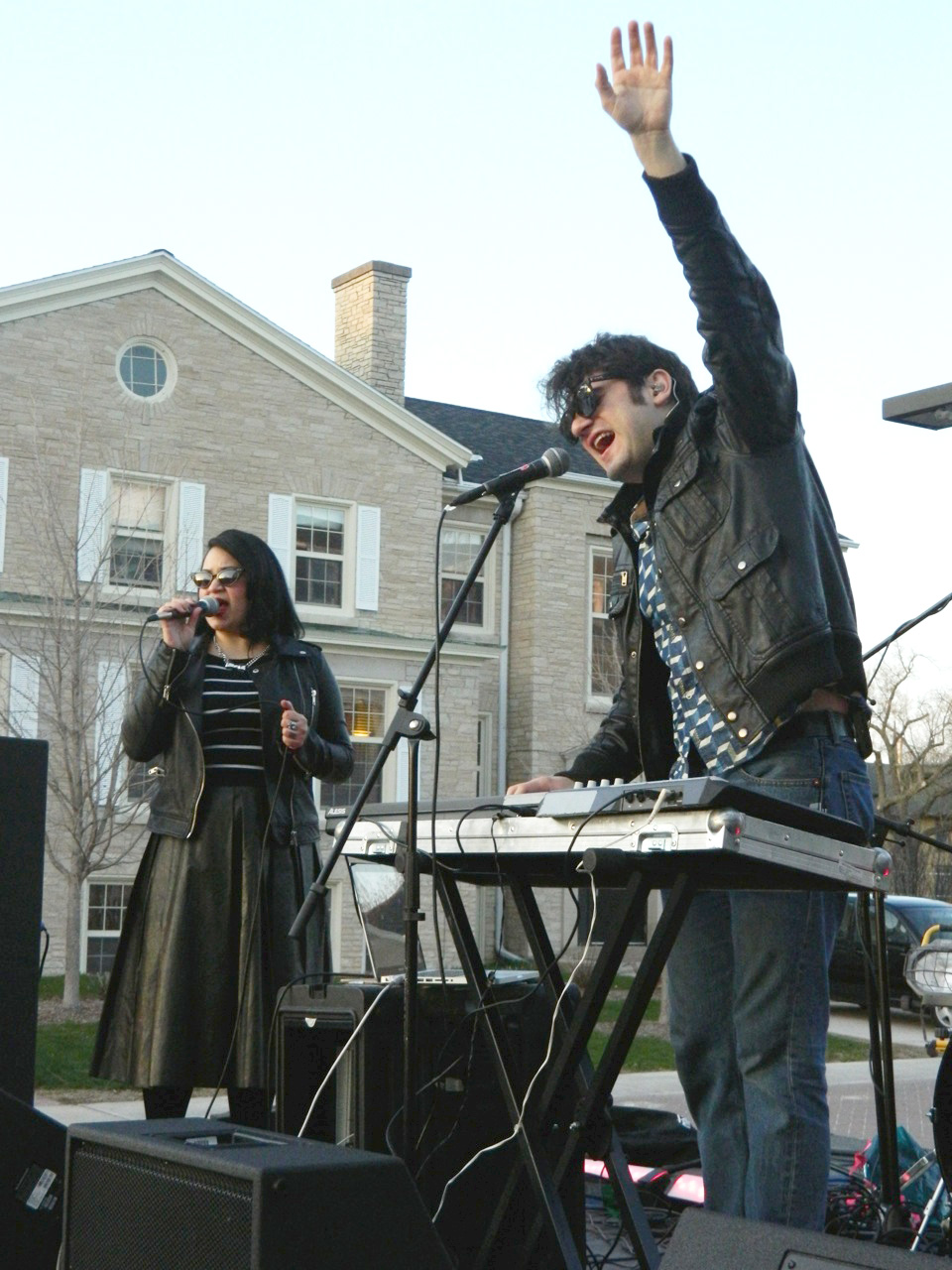 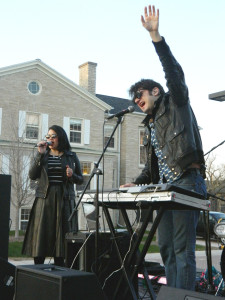 While revisiting their Wisconsin roots, musical group French Horn Rebellion made a stop on their tour to play a show at Lawrence University’s Boldt Plaza outside the Warch Campus Center on the evening of Monday, May 5.

Brothers Robert and David Perlick-Molinari were born and grew up in Milwaukee, Wisconsin. Robert played French horn in the Chicago Civic Orchestra until 2007, when he decided that he wanted to leave the classical music scene. He convinced this brother David, who played the bassoon, to join him.

French Horn Rebellion is currently based in Brooklyn, New York. They have performed with groups such as MGMT, Yelle, Cut Copy, and others.

They have coined the term “Next Swing Jack” to describe their music’s style. Their music follows many of the conventions of the “New Swing Jack” movement, except that they use “heavier beats” and “funkier bass lines.”

New Swing Jack, or swingbeat, is a fusion genre that combines elements of electronica, rhythm and blues, smooth jazz, and funk. Mainly black musicians developed and performed this style of music during the late 1980s and early 1990s.

I found much to enjoy in French Horn Rebellion’s “Next Swing Jack.” The beats are undeniably catchy and it’s a treat for a classical music lover like me to see a French horn played like a saxophone during a rock concert, belting out pop lines.

There’s also something suspect about young white musicians appropriating a black musical genre for their own ends and claiming to make it even “funkier,” as though they’ve improved it. However, I don’t know enough about “New Jack Swing” to make any definitive judgements and I won’t deny that I enjoyed their music.

I wish that the concert had taken place in club instead of an outdoor space on a cold Wisconsin spring evening – this music is meant for dancing. To be honest, most of the time I didn’t pay attention to the lyrics and instead simply enjoyed the beats. A lot of the songs sounded the same to me eventually, but I found myself wanting to dance to all of them.

As is often the case with events at Lawrence, the concert was surprisingly under-attended for such a popular band. Perhaps if there had been a bit more of a crowd, there would have been more actual dancing to this music that’s meant for dancing. Nevertheless, those students who were in the audience seemed to enjoy themselves, and French Horn Rebellion seemed as though they always find a way to enjoy themselves when playing music.

It’s always refreshing to have musical groups on campus that combine classical and pop traditions, even if this combination heavily favors one tradition over the other. Hopefully we will have other similar music groups in the future.