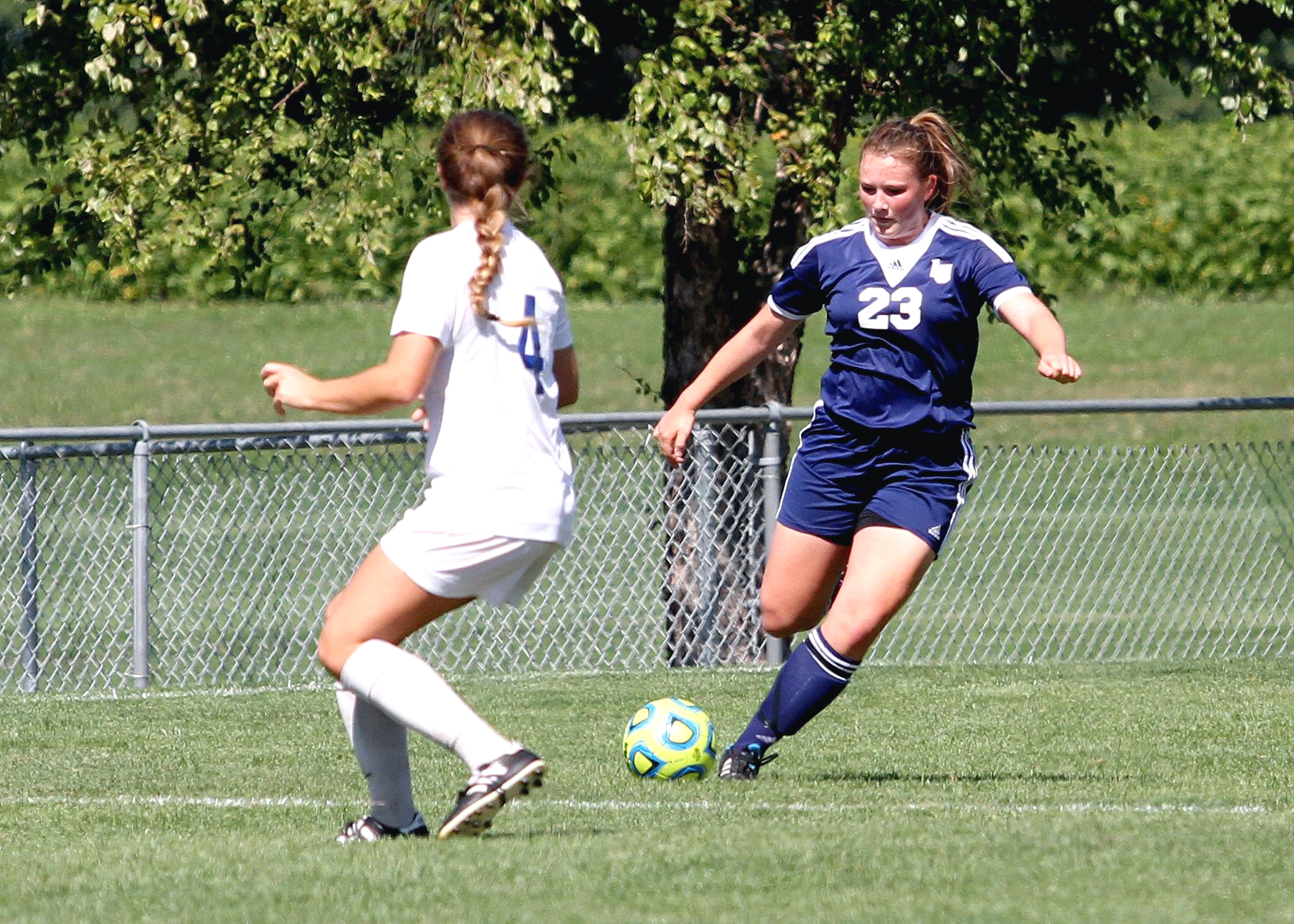 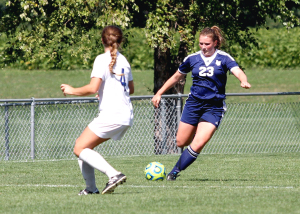 On Saturday, Oct. 25, the Buccaneers came to Appleton to take on the Vikings at Whiting Field West. From the start, Lawrence was in control, firing several attempts on the Beloit goal until one found its mark nine minutes into the game.

Junior Genna Matt scored this first point off assists by senior Keli Muchowski and freshman Eva Tourangeau. The Vikings continued to dominate the rest of the period, logging 11 shots to Beloit’s 1.

The scoreboard remained untouched at 1-0 until 16:22 into the second half, when Muchowski launched a goal of her own into the Beloit net. Sophomore Casey Merkle was credited with the assist. The Buccaneers managed to narrow the shot margin to 7-5 in the second half, still in Lawrence’s favor. Senior goalkeeper Dani Glass made 4 saves to pick up the shutout; senior Alex Spirov made 8 for Beloit.

“There was a nice energy on the field that we’ve been trying to find all season,” said junior Kirstin Edwards. “We connected really well offensively and switched things up a bit with the lineup. Genna Matt, for instance, played as a forward and scored in the first minutes. That was cool.”

Sunday, Oct. 26, brought beautiful weather and a tougher challenge for the Lady Vikings. Again on home turf, Lawrence hosted No. 1 ranked St. Norbert College and put up an admirable fight against such an intimidating opponent.

The Vikings had a hard time in the first half; the Green Knights soundly outshot them 14-2. Although the Lawrence defense worked hard to ward off these attempts, a breakaway in the 18th minute resulted in a St. Norbert goal.

Going into the second half down 1-0, the Vikings lit a fire in their eyes that raged through the rest of the game. The Lawrence women possessed the ball more and got a chance to work with an offensive momentum they lacked in the first half.

St. Norbert’s defense shut down several strong attempts, and the Vikings were unable to capitalize on their revitalized aggression. Lawrence outshot the Knights 6-5 in the second half, but the final score remained at 1-0. Glass took the loss with 8 saves.

“The one goal was an unlucky defensive error,” said Edwards. “But again, we connected really well, and the team chemistry is the best it’s been in a long time. It was a good way to end our conference play.”

This last pair of games brings the Vikings’ final record to 5-11-2 (3-5-2 MWC), finishing eighth in the conference. The last women’s soccer competition for the 2014 season will be a home reserve game against Finlandia on Saturday, Nov. 1, at 2 pm.