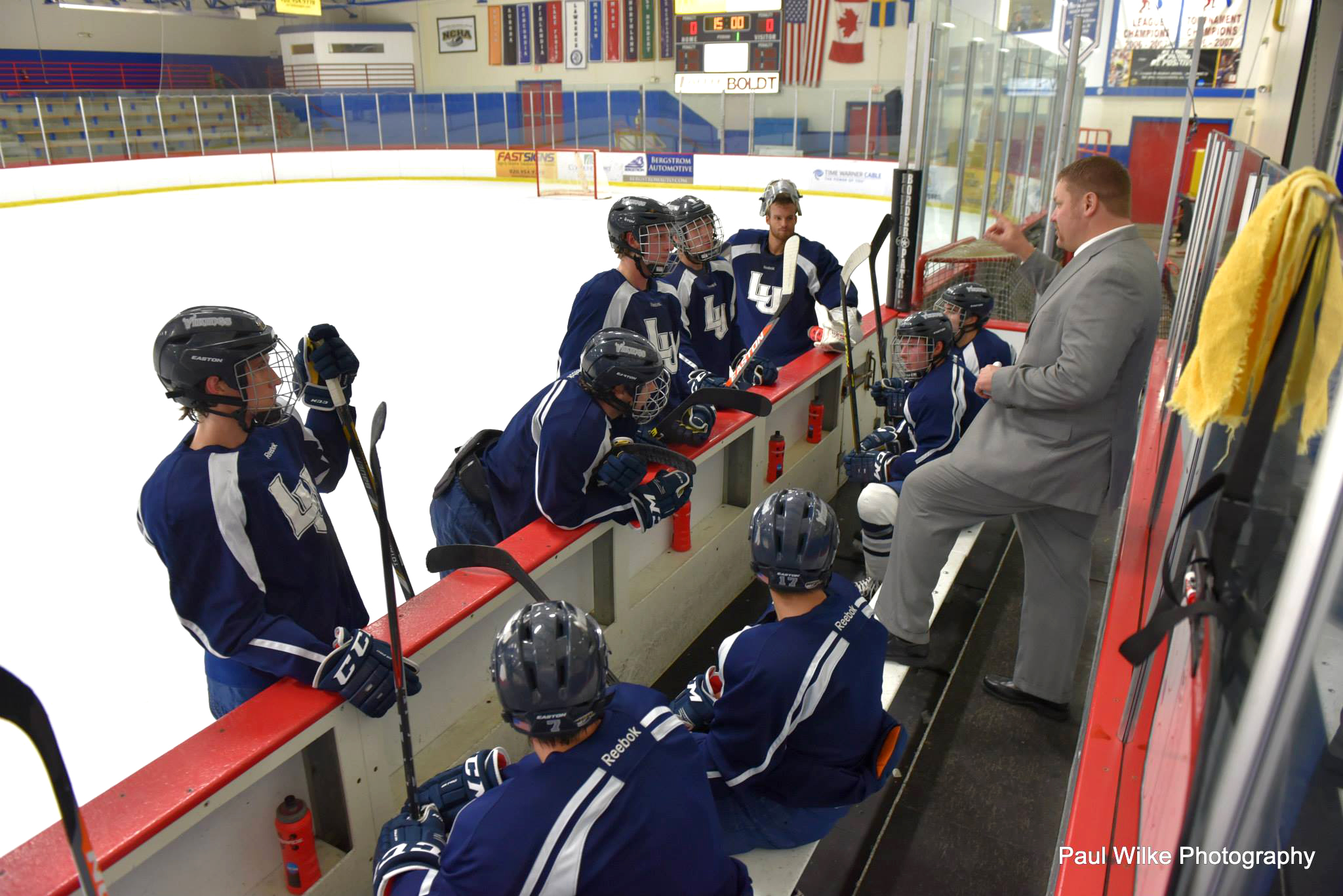 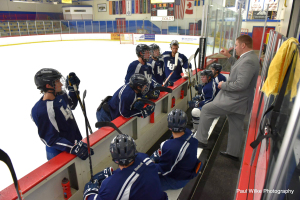 The Lawrence University Hockey Team opened the 2014-2015 season last weekend with a huge series sweep against Concordia University. After this strong opening weekend, the Vikings have a 2-0 record (2-0 NCHA), moving into the rest of the season with confidence.

The home opener on Friday, Oct. 31, got off to a shaky start, as the Falcons put the first point on the board with a power play goal 8:36 into the game. It wasn’t long before the Vikings picked up the pace, scoring two goals in less than a minute.

Freshman Matt Montemurro scored the first Lawrence goal of the season off assists from juniors Ryan Rumble and Steve Hughes, and sophomore Blake Roubos added another off a rebound of a beautiful breakaway attempt. Freshman Jake Kreutzer and junior Renato Engler were credited with assists. Concordia snuck one more in before the end of the period, tying the game at 2-2 before the first intermission.

The killer momentum from the first period carried into the second; the Vikings racked up another pair of goals in quick succession at the beginning of period two. Engler maneuvered the puck top shelf unassisted after swiping a crafty turnover, and junior Matt Moore snapped it into the goal after the ensuing faceoff to widen the lead to 4-2.

The Falcons played very physically throughout, resulting in many penalties and plenty of power play opportunities for the Vikes. Two such opportunities yielded goals in the third period, bringing the final score to a staggering 6-2 in Lawrence’s favor.

Kreutzer nabbed the first third period goal off assists from Engler and Roubos, and junior Brandon Boelter finished off the Falcons with a final goal less than two minutes before the final buzzer, again off Engler and Roubos assists.

On Saturday, Nov. 1, the Vikings sailed to Mequon on a river of victorious energy to trample the Falcons on their own home ice. Halfway through the first period, Roubos scored on a wide-open breakaway opportunity and slapped another over the Falcon goaltender’s shoulder just minutes later to grab an early 2-0 lead. Kreutzer and Engler collected a few more assists. Concordia retaliated quickly, narrowing the Viking lead with a backhand goal off a rebound.

Moore sent the puck in off assists by Rumble and sophomore Ryan Eardley in the first few minutes of the second period, widening the Lawrence lead to 3-1. Penalties continued to plague both teams but Lawrence tenaciously defended the goal and prevented any further second period scoring.

At the start of the third Engler, assisted by Kreutzer, easily skated past the Falcon defense and tapped the puck right in, pulling ahead 4-1. Concordia was able to slip one more goal into the Lawrence net near the end of the period, bringing the final score to 4-2.

Sophomore goaltender Mattias Soederqvist was without a doubt a vital performer for the Vikings, totaling 40 saves on Friday and 44 on Saturday.

The Vikings will continue rolling through conference games, taking on Marian University (0-2, 0-2 NCHA) this weekend in the Battle of Highway 41. The Marian Sabres are coming off a tough loss to last year’s national champion, St. Norbert College. The Green Knights defeated the Sabres last weekend with 5-2 and 4-1 victories.

The series opens at Marian on Friday, Nov. 7, and will conclude Saturday, Nov. 8, at the Appleton Family Ice Center. The puck drops at 7 p.m. both nights.

The Lawrence University Hockey Team opened the 2014-2015 season last weekend with a huge series sweep against Concordia University. After this strong opening weekend, the Vikings have a 2-0 record (2-0 NCHA), moving into the rest of the season with confidence. The home opener on Friday, Oct. 31, got off to a shaky start, as…