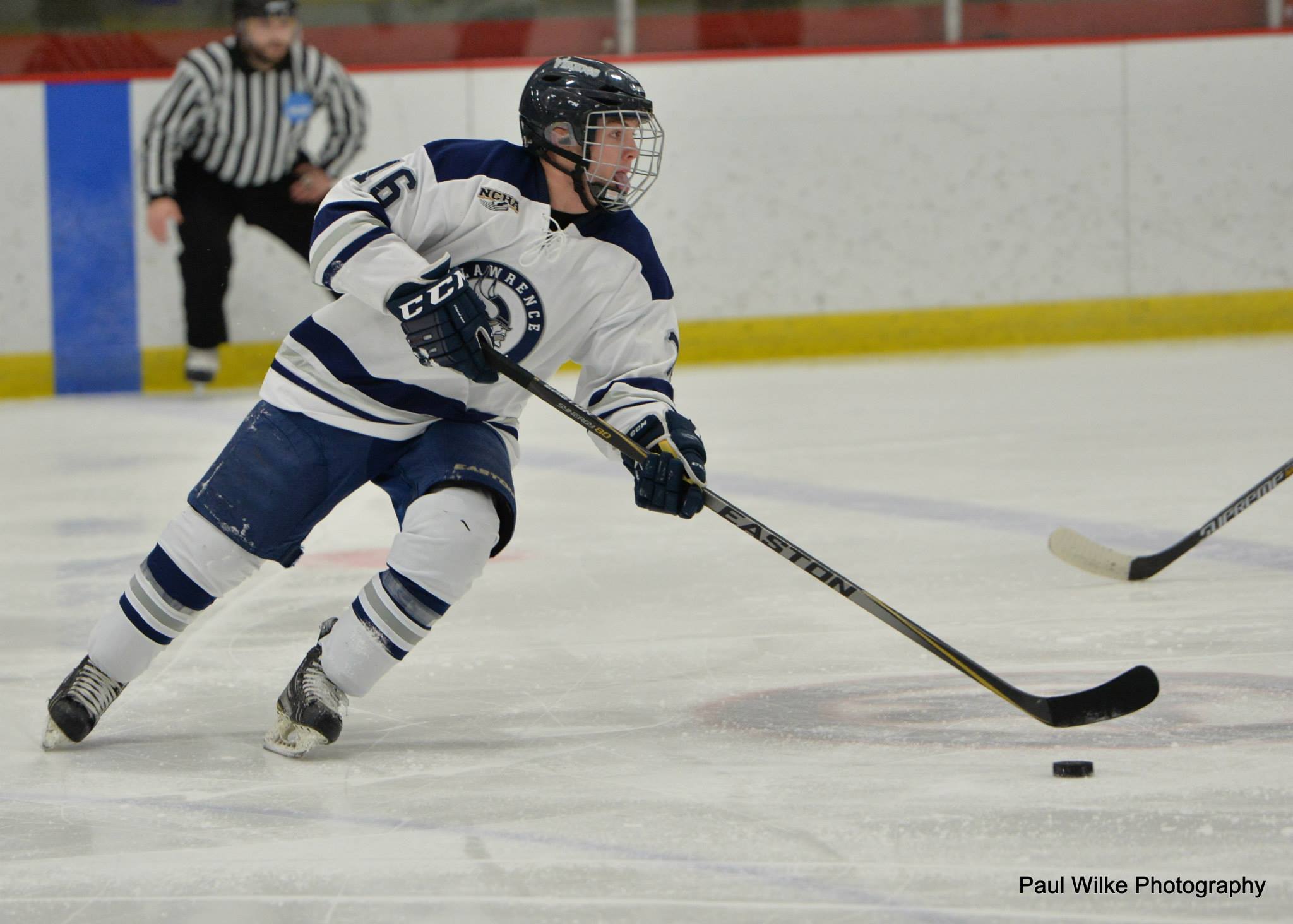 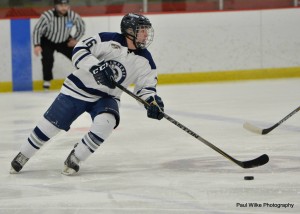 Last weekend the Lawrence University hockey team (6-10-1, 5-5-0 NCHA) split a big home-and-home series against the MSOE Raiders, whose (10-7-0, 5-5-0 NCHA) record keeps them tied with the Vikings in the conference standings for now.

These fifth-place rivals met for the first time in 2015 at the Appleton Family Ice Center on Friday, Jan. 16. The Raiders opened the scoring by shuffling the puck into the net just under four minutes into the game. Freshman Jake Kreutzer responded for the Vikings five minutes later off assists from junior Ryan Rumble and sophomore Blake Roubos to tie it up, but the Raiders slipped another one in before the first intermission to pull ahead 2-1.

The second period started off on the wrong foot. While the clock still counted down a Lawrence penalty from the previous period, MSOE maneuvered a shorthanded goal into the net just 43 seconds in. The score remained 3-1 in the Raiders’ favor for the remainder of the period.

Most of the third period similarly saw no scoring action, but in the final minutes the Vikings made a move. After pulling sophomore goaltender Mattias Soederqvist to give the Vikings an extra attacker, Kreutzer again fired one into MSOE’s soft spot to cut the lead to 3-2.

Unfortunately, the strategic move backfired when the Raiders scored an empty net goal with less than a minute on the clock, and they snuck another one by in the final seconds to claim the 5-2 victory.

On Saturday, the Vikings sailed to Milwaukee on a stormy sea of determination, their hearts set on avenging the loss from the night before. And avenge they did. Right out of the gate, the Vikings skated with a fire the Raiders were not prepared for.

5:13 into the first period junior Matt Moore let the Raiders know with an unassisted, shorthanded goal that set the tone for Lawrence’s comeback. Sophomore Ryan Eardley added an unassisted goal of his own a few minutes later to widen the lead. MSOE got a power play opportunity with four minutes left and managed to capitalize on it, but Roubos retaliated just seconds later to assert the Viking lead.

Going into the second period up 3-1, the Vikings were prepared to do whatever it took to hold onto the lead. The Raiders found the back of the net to put another power play goal on the board 8:54 into the second period, but the Vikings refused to allow another. They fought hard to kill several more penalties and came out on top, returning to Appleton with a 3-2 conference win under their belts.

This weekend takes the Vikings to Duluth, Minn., where they will challenge St. Scholastica College (8-7-2, 5-4-1 NCHA) in a pair of high-stakes NCHA games. A sweep against the Saints would push the Vikings into a strong conference position that could be very beneficial come playoff time. The puck will drop at the Mars Lakeview Arena at 7 p.m. on Friday, Jan. 23, and at 4 p.m. on Saturday, Jan. 24.

Last weekend the Lawrence University hockey team (6-10-1, 5-5-0 NCHA) split a big home-and-home series against the MSOE Raiders, whose (10-7-0, 5-5-0 NCHA) record keeps them tied with the Vikings in the conference standings for now. These fifth-place rivals met for the first time in 2015 at the Appleton Family Ice Center on Friday, Jan.…