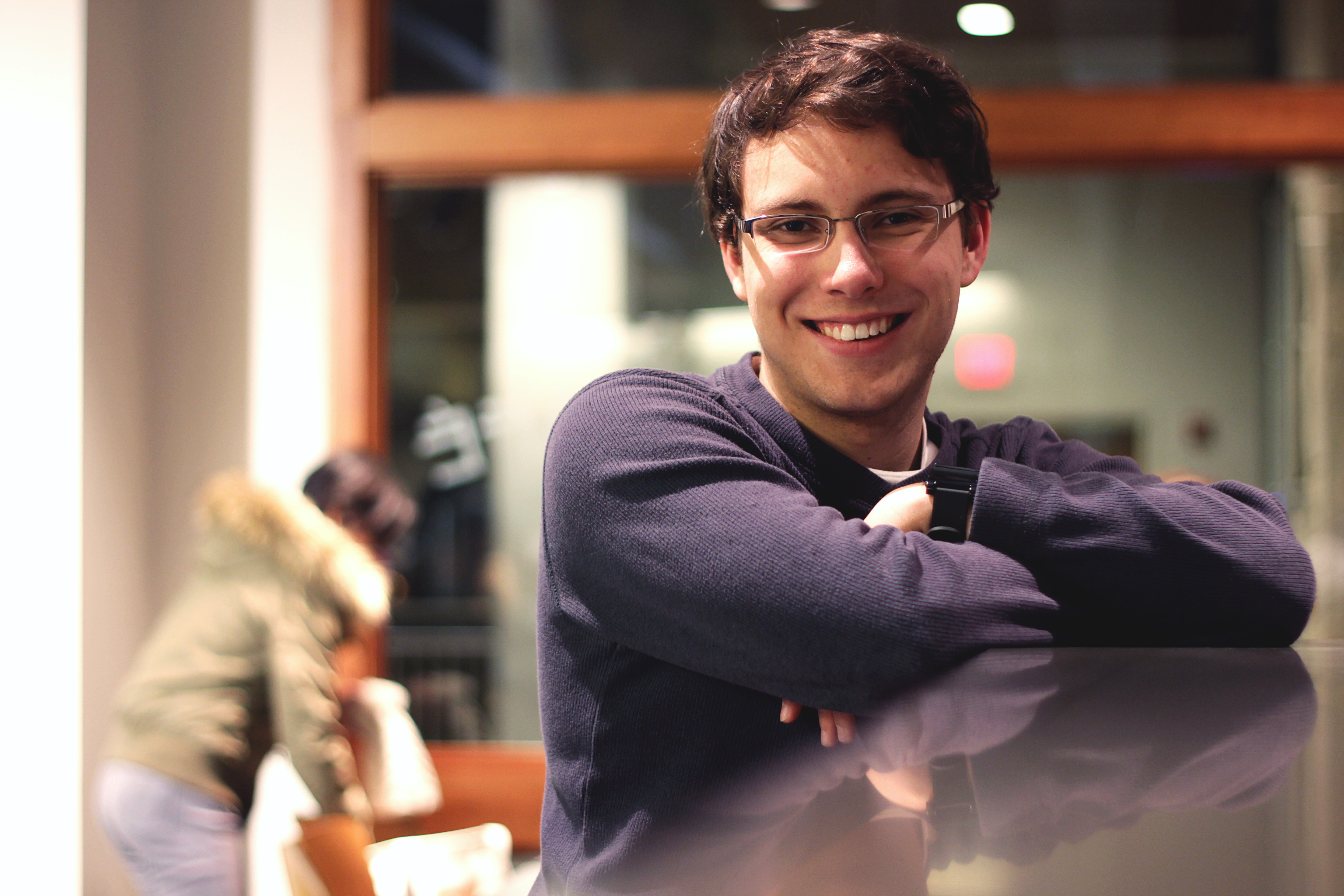 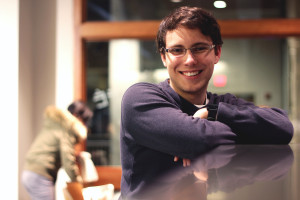 A film or a photograph is often judged by its subject matter. Yet there are underlying reasons for the quality of these works, namely, in their structure. A good photographer can turn the mundane into the dramatic; a good cinematographer can compel the viewer through a weak plot. These people who organize the framework and composition of a visual medium have an impressive amount of control on its quality and do so with little public attention paid to them. Senior Nathan Lawrence wouldn’t have it any other way.

An English and film studies double major, Lawrence is fascinated with the composition of a shot. As both photographer and cinematographer, he is interested in the look and feel of the film or photograph. He enjoys being the guy who “makes good things happen and nobody knows it.”

As a photographer, Lawrence focuses on environmental portraiture. This is a broad term primarily defined by how the environment surrounding the subject of the photo informs that subject.

“If I’m doing a family picture, I’ll take it in their living room rather than a studio,” Lawrence explains. “That way I capture someone’s personality by the clues that their environment around them gives.”

Lawrence works with both medium format film and digital film. Although the former is in some ways outdated, it requires the photographer to spend time with the person on the other side of the camera, thus creating a more intimate atmosphere in the final shot. Digital photography, while instantaneous, can sometimes become too technical and threaten the real emotion of the moment.

Lawrence finds that the stories he is most interested in come across best visually. And although both are visual arts concerned with structure, creating a narrative in photography is a much more difficult task than in cinematography. The beginning, middle and end of the story arc must be compressed into a single shot. The result is a suggested narrative rather than a blatantly stated one. Still, this challenge is one of the many delights Lawrence finds in photography.

As a cinematographer, Lawrence toes the line between the super-cinematic and the super-real.

In addition to his pursuits in photography and video, Lawrence is also Copy Chief of The Lawrentian, an assistant in the communications office, a tech crew member, and last year’s LUCC parliamentarian.

After graduation, Lawrence’s career could go in any number of directions. He would love to be the technical director of a news station, to work selling cinematography equipment, or hold a job in analytics and marketing. He may also return to school to obtain an MFA in film production or a Ph.D. in film studies and teach from there. By and large, he hopes to find a career that allows him to continue to develop his skills in the visual arts and enables him to put those skills to good use. Just don’t expect to see his name in neon lights—expect him to be the one who makes those neon-light stars look good in the first place.