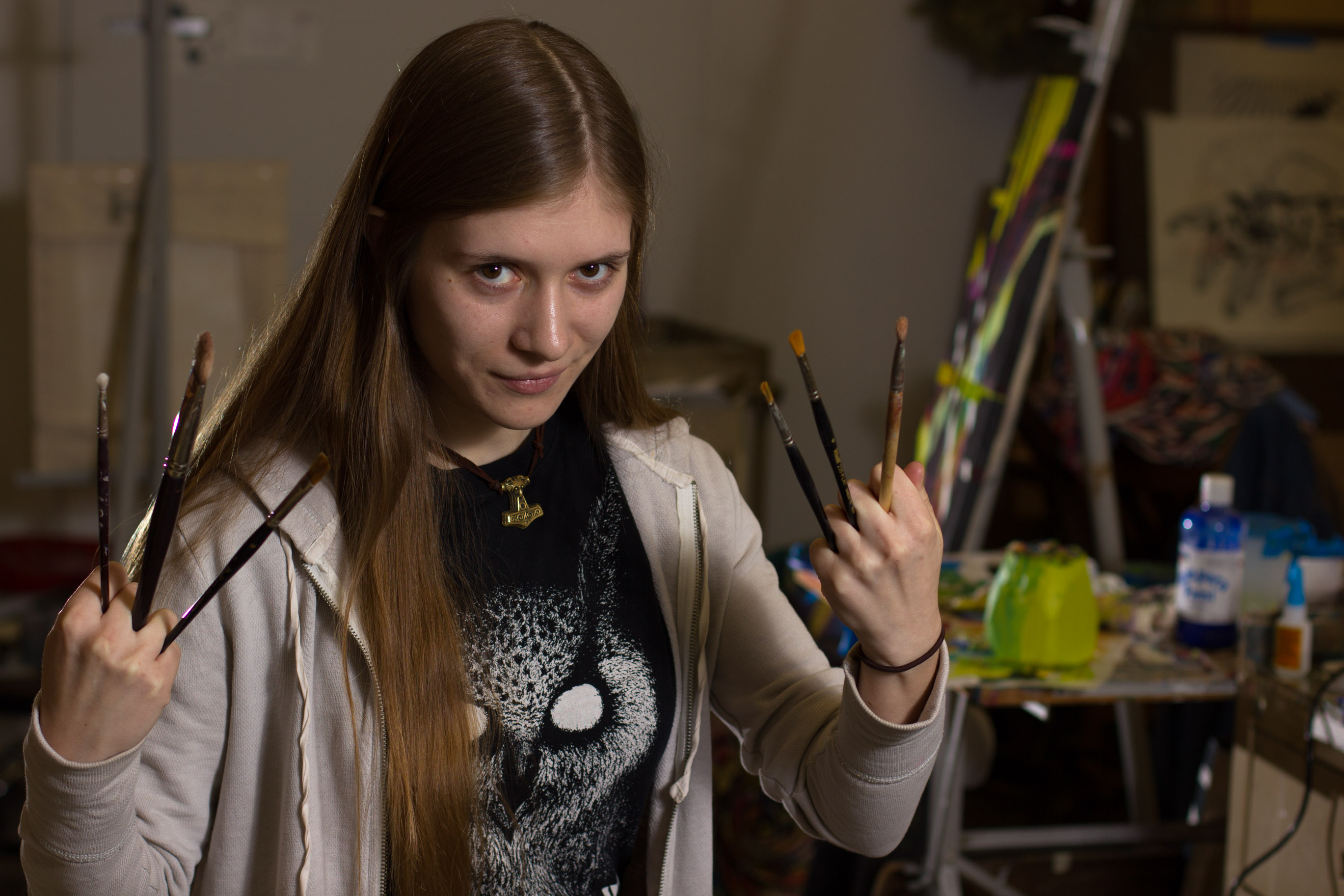 How does one sum up someone like senior Sadie Lancrete? This series tends to highlight people whose enthusiasm zeroes in on one craft, but Lancrete does not subscribe to that kind of life. As a theatre and studio art double major with far-reaching extracurricular interests, Lancrete’s artistic pursuits must each be given their deserved amount of attention.

Lancrete has been involved with more theatre productions than she can remember, takes voice lessons in the studio of Bryan Post, performs improv comedy with the Optimistic Feral Children, sings with Heavy Metal Ensemble of Lawrence University, participates in Downers Feminist Council, writes comedy and paints. To focus on one facet would belittle the others. As a result this spotlight aims to shine its beam in several directions and offer some insight into the pursuits, passions and interests of Sadie Lancrete.

For Lancrete the lure of theater stems from how it enables her to live out identities and narratives apart from her own.

“Theatre allows you to get a taste of so many different worlds and lives,” said Lancrete. “I can’t live out Lord of the Rings, but I could act in a movie like Lord of the Rings. And that’d be pretty close!”

In addition, Lancrete is interested in comedy. When asked why, she replied, “I dunno, s’funny dude.” Elaborating further, she explained how she admires comedy for its cathartic quality. She also expressed the joys of being part of a comedy team, especially in improv, where comedic genius has the potential to spring completely out of the blue. She frequently collaborates with senior Erik Morrison in writing comedy, and will be performing her senior project with him.

Lancrete and Morrison’s senior project will be Harold Pinter’s “A Slight Ache.” Like the rest of Pinter’s corpus, “Ache” is a darkly comedic 45-minute piece. The play touches upon themes like anxiety about the unknown, knowing one’s self-identity and growing old.

Lancrete, whose mother is an artist specializing in oil painting, grew up in a household that encouraged expression through art. At Lawrence, she realized that art could be more than just a hobby for her; thus, it became her second major.

Her senior art project is a series of oil paintings inspired by her “feminist rage,” epic baroque artwork and heavy metal music. The series explores the idea of the female power fantasy. dissatisfied with the way female power is portrayed, Lancrete wished to illustrate it in a more aggressive way.

“I wanna have an ax and be a mighty Viking,” explained Lancrete. “I want to explore the theme of female strength as being more about power, but in a sort of majestic, epic way. It’s equal parts riffing on the classical art canon, how women are portrayed there as passive, and reversing it, portraying women with power and majesty, even brutality.”

After graduation, Lancrete plans to move to Chicago and get involved in the improv comedy scene.

Lancrete said that she has far too many people to thank, but would in particular like to express gratitude toward her supportive friends and inspiring colleagues.