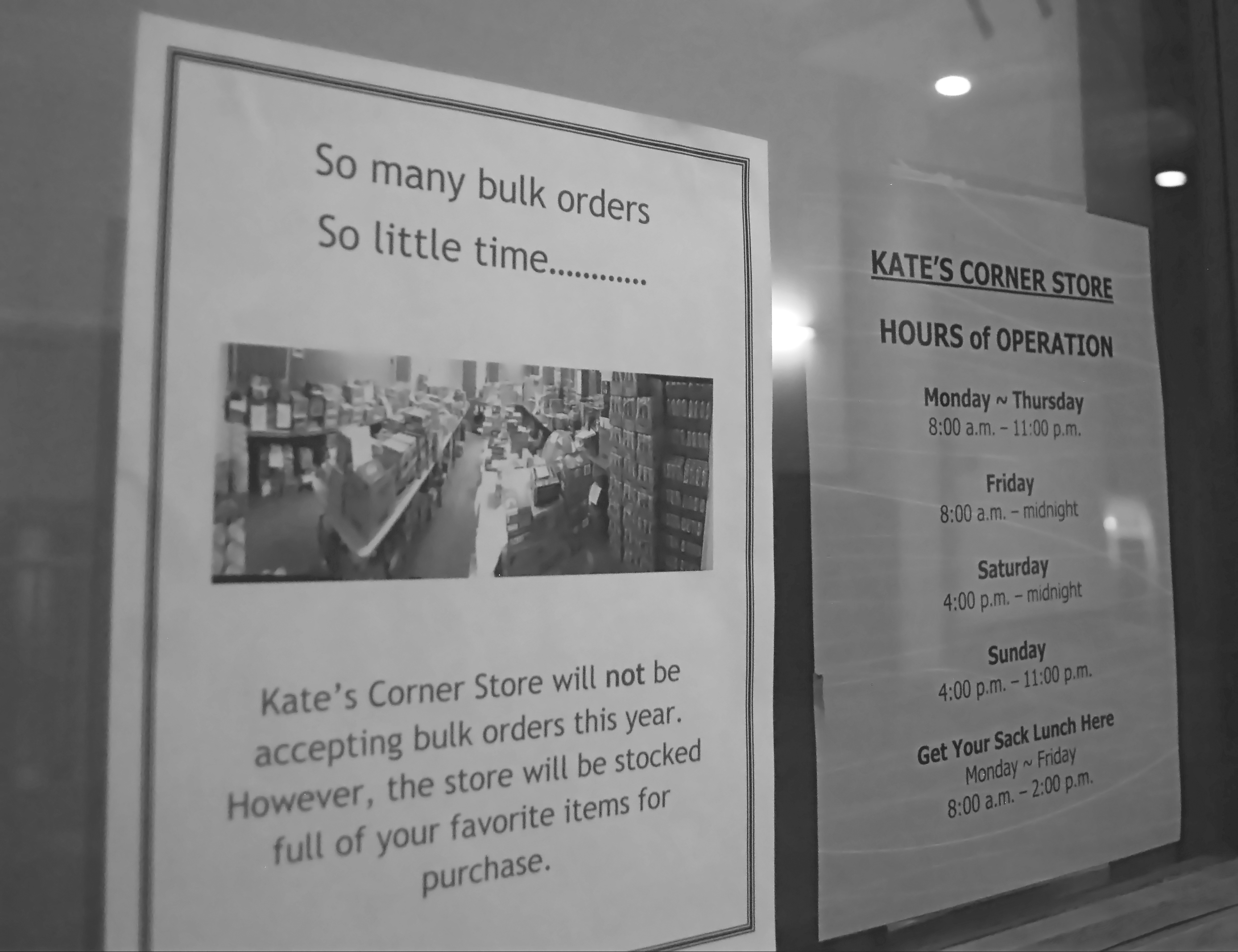 Bon Appétit recently announced that they are discontinuing the bulk order program.

Since 2010, students have been able to place large orders at Kate’s Corner Store from late May to early June. These orders were paid for with culinary cash, held by the corner store and picked up by students before leaving campus for the summer.

Warch Campus Center Director Greg Griffin noted that the program has changed yearly and was not a formal part of student meal plans. He explained that the program was created because “we were concerned about how high some student’s culinary cash balances were late in the third term.”

While it seemed like a great way for students to spend the remainder of their culinary cash at the end of the Spring Term, Griffin said that “in practice, the program became unmanageable.”

Bon Appétit management agreed with Griffin, stating that bulk orders were overwhelming the corner store. Attempts to streamline the process over the years were unsuccessful.

“There are only three employees that work in the C-store,” said Julie Severance, General Manager of Bon Appétit. While two additional employees were hired during May and June to manage the extra inventory, the corner store simply could not keep up with students’ orders.

In addition, Severance said “there is no space left in the Warch Campus Center to store the amount of food and beverage that was being ordered.” She added that “the bulk program literally took over the entire second floor of [the campus center] for the month of May.”

While the bulk order program will no longer be an option for students, Bon Appétit will offer other options to students. Griffin said that “students will [still] be encouraged to ‘stock up’ throughout May and early June.”

In order to accommodate students, Severance stated that the Corner store will stock up on more popular items in May and June that students will be able to purchase and carry out immediately, solving the storage issues of the bulk order system.

Griffin hopes that eliminating the option to purchase in bulk all at once at the end of the year will encourage students to stock up on their favorite items throughout the course of the term, rather than ordering everything at once.

In addition, Bon Appétit will still offer the option to donate leftover culinary cash to charity at the end of the year. “Students may pick one of the three charities listed,” said Severance. The charities will be announced to students at the end of April.

Griffin voiced his belief that a good dining service is constantly changing and adapting. “This year alone, we added a meal plan option, introduced the dub box, and Student Welfare revised and re-balanced meal plans for next year, adding more culinary cash to plans.”

Severance expressed her desire to provide students with “as many delicious options as possible in order to use their meal plan efficiently.” She also stated that she is available to hear any feedback and suggestions from students.