Spotlight: Larry Darling in the studio 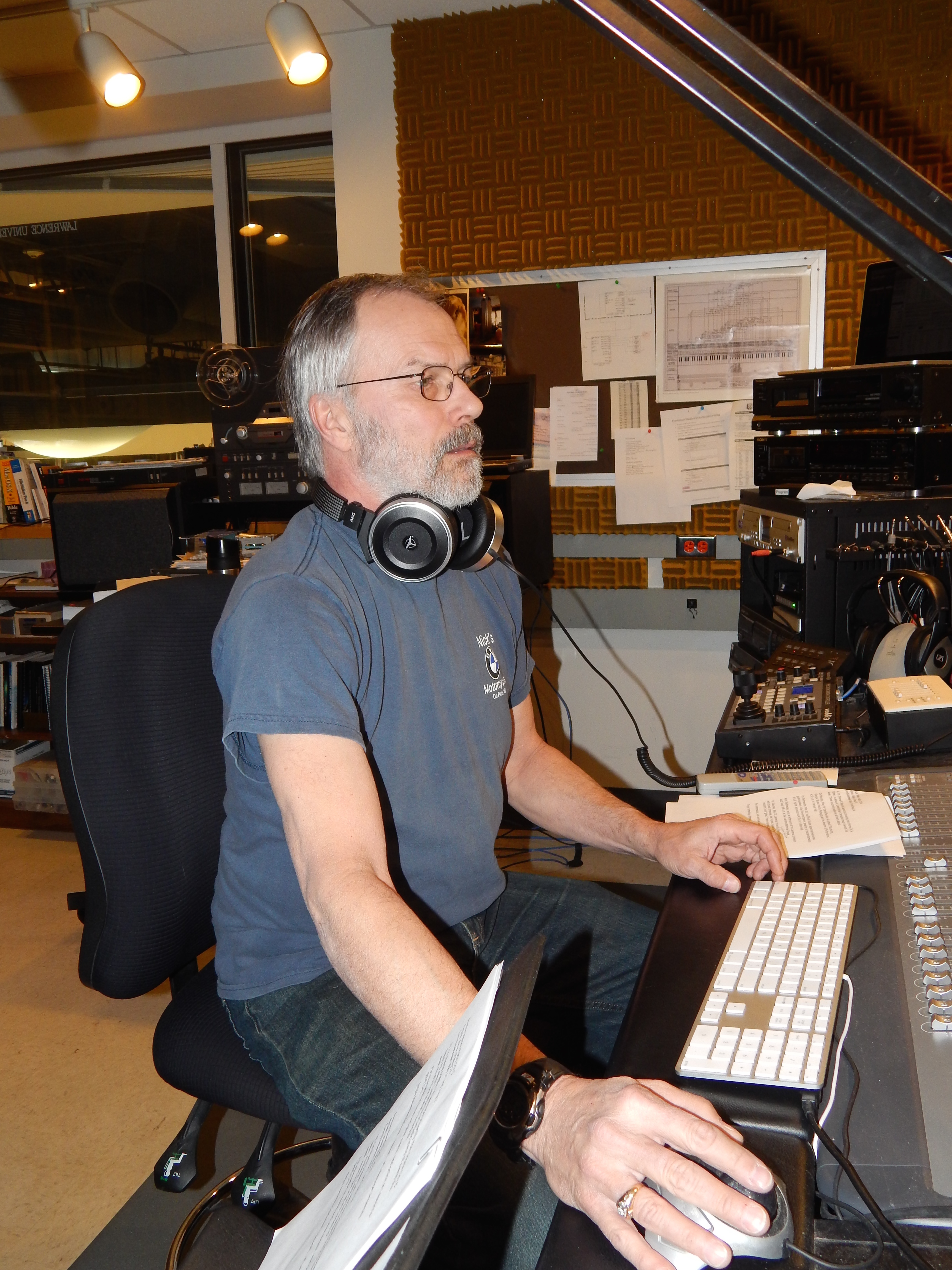 Larry Darling is Director of Recording Technology, a musician and a former Lawrence student. He discussed Lawrence when he was a student, how the college has changed and the work he is doing now in Recording Services.

Darling came to Lawrence in 1972 to study jazz trumpet and said that he found himself “immersed in music.” As a conservatory student, he spent much of his time in the conservatory and interacting with other musicians.

As a musician who played by ear, Darling said that it “was a chore getting through [ music theory], but it was very necessary.” The theory provided him with a better understanding of “the nuts and bolts of music.”

In 1974, Darling left Lawrence to tour with a nine-piece jazz group for six years. “It was one of those opportunities you can’t pass up,” said Darling. He played trumpet, synthesizer and vocals in the group.

Once the group parted ways, Darling became more involved with recording engineering and built his own studio. In 1996, Lawrence offered Darling the opportunity to manage Recording Services, which at that time had typically been the charge of new faculty members as an extra duty. This was the first time a dedicated recording engineer had been hired to oversee the department.

With a dedicated director, Recording Services typically does 250-300 recordings a year. Between recitals, music events like the World Music Festival and recording students for graduate school or other program auditions, the department is always busy.

The department employs 20-25 student assistants to help with the workload and record at many of the events. Darling noted that they’re “not all music majors.” The assistants are typically recruited in the Fall Term.

Alumni also take advantage of Recording Services because it is free and of high quality. Some alumni travel back to Lawrence from across the country to record because it can be cheaper to travel than pay for recording where they are, and the quality is comparable.

For Darling, that progression of technology is changing his department. The use of internet streaming and video elements has become part of Recording Services recently. While Darling works primarily with sound and “would prefer it that way,” he recognizes the need for the introduction of video.