Vikings baseball and softball heat up as playoffs approach 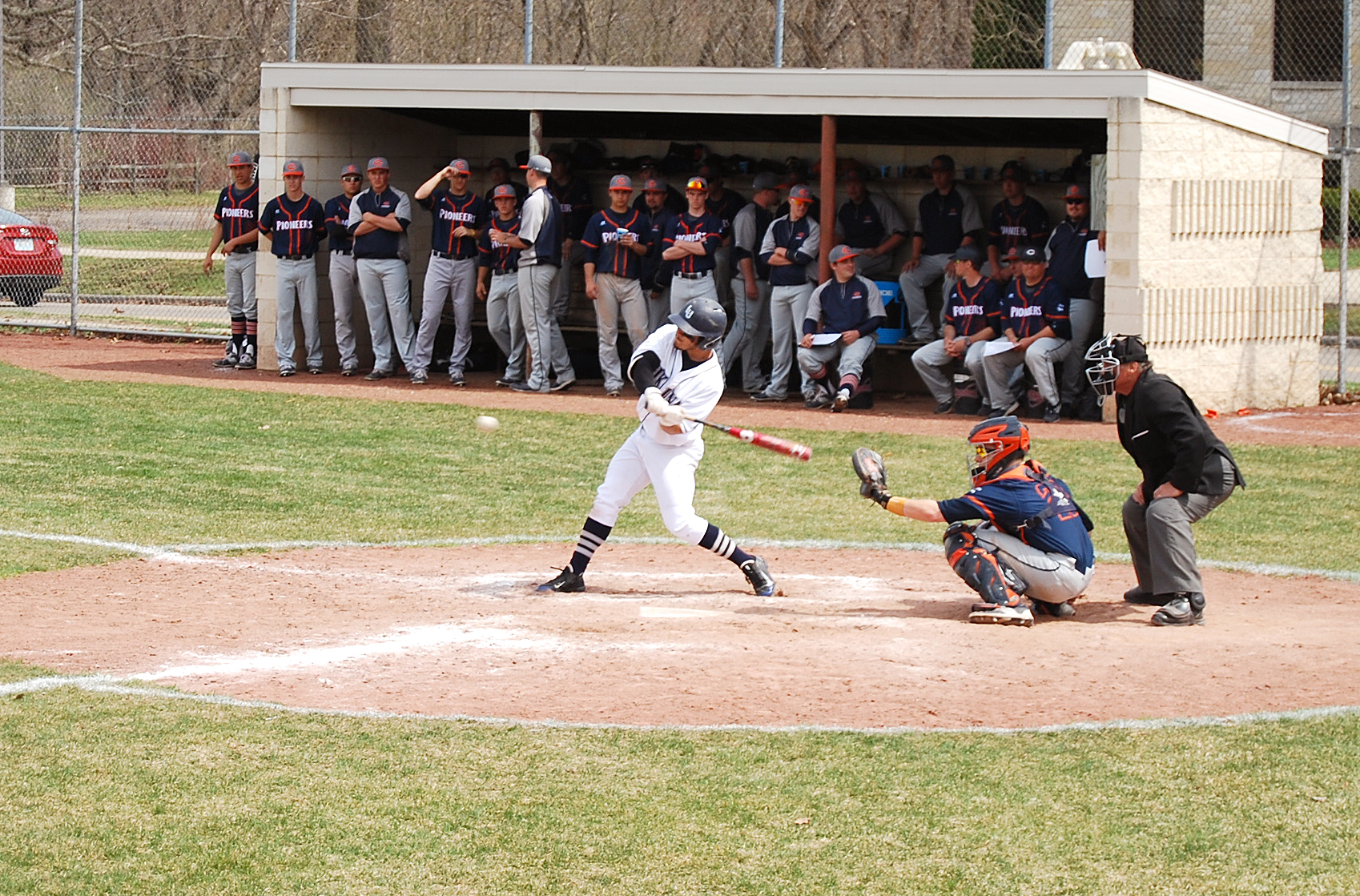 The Lawrence University Baseball team (8-17, 2-10 MWC) faced conference rival Carroll University (13-15, 6-2 MWC) in a pair of double-headers last week, first traveling to Waukesha to face the Pioneers at Frame Park and then, welcoming their opponents to Whiting Field for a rematch the next day.

On Saturday, April 18, the Vikings arrived in Pioneer territory, ready to battle. Carroll took the opener 9-6, but Lawrence retaliated to win the nightcap 10-5. Senior Jake Gordon led the Vikings going 3-for-5, and freshman Matthew Holliday and senior Davis Ogilvie both went 2-for-5 in the opener. Gordon again led the charge in the nightcap, going 2-for-4 and sending home two runs for the Vikings.

On Sunday, April 19, the teams reconvened for another double-header, this time on Viking turf. Unfortunately, the Vikings failed to hold onto the momentum they generated with the previous night’s win, falling 15-2 in Sunday’s opener and 5-3 in the nightcap. Gordon went 3-for-4 in the second game, and both he and sophomore Brandon Klar hit solo homers to keep the Vikings in the game.

The Vikings traveled to Dominican University on Wednesday, April 22, for some nonconference competition, but will return to the MWC to take on first place Ripon College (10-11, 6-2 MWC) in a pair of double-headers Saturday, April 25, at Ripon and Sunday, April 26, at home.

The softball team (21-9, 7-3 MWC) has been seeing more success, coming off an impressive 4-2 finish at the MWC Classic the weekend of April 10-12 to record another handful of victories. At the Classic, the Lady Vikes bested South Division teams Grinnell College, Knox College, Monmouth College and Lake Forest College, falling only to Illinois College and Cornell College. Lawrence is currently sitting first in the North Division of the conference.

On Tuesday, April 14, UW-Stevens Point came to Whiting Field to challenge the Vikings in a double-header they ended up splitting. The opener went to the Pointers, who claimed a 5-1 victory, but the nightcap concluded 6-3 in Lawrence’s favor.

Thursday, April 16, brought the Vikings to Red Hawk territory, where the Lawrence ladies swept Ripon College (5-24, 2-12 MWC) 10-7 and 8-0 in a dynamic double-header. Freshman standout Kori Looker went 4-for-4 and smashed a homer and several runs for the Vikings, and junior Katie Schumacher also hit a homer and finished 3-for-5. In the nightcap , senior Amanda Jaskolski went 3-for-3 with a homer and a double, and Schumacher, Looker and junior Tierney Duffy each went 2-for-4 to secure the victory.

The Lady Vikes had another successful double-header against nonconference opponent Viterbo University on Friday, April 17, taking the opener 3-2 and claiming the nightcap 10-2. Jaskolski and Duffy stood out in the opener, going 3-for-4 and 3-for-3 respectively. Leading the nightcap were Jaskolski, sophomore Sam Belletini and Looker, all going 2-for-4, and junior Taylor Dodson finished 2-for-3.